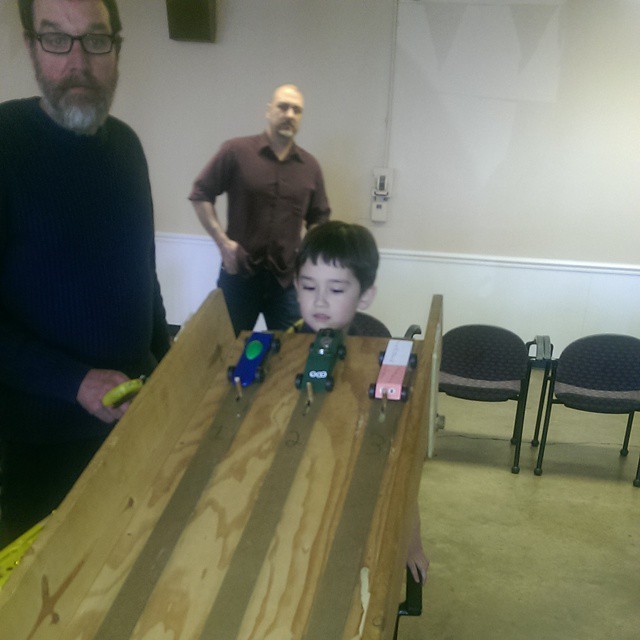 The boys in each den competed against other members of their den.  The dens range from first grade through fifth grade. There was also an open division for friends and family members who wanted to make a car as well.

The races were exciting with everyone cheering on each car as it raced.  The Roadkill Café was open for snacks. The winners of the den races will move on to the Prince George’s County race which will be held in a few weeks.