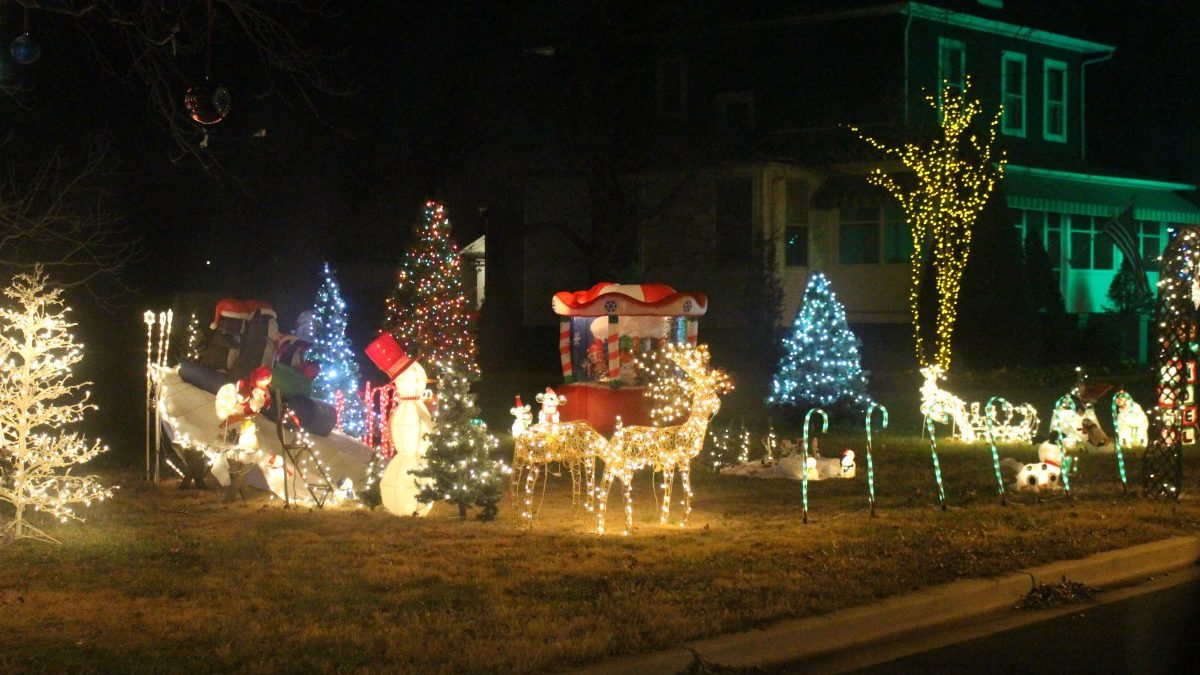 BY CAROLINE SELLE AND REBECCA BENNETT — On Wednesday, Dec. 17, a total of eight Hyattsville residents and City of Hyattsville employees gathered for the judging of the annual Claus Applause Holiday Decorating Contest. Fueled by sugar cookies and holiday music, the group traveled around the city with scorecards to take notes on all contest entries.

According to Recreation Event Coordinator Cheri Everhart, councilmembers used to go out and judge all of the houses in their wards, but three years ago, the city modeled a nomination system after the City of Bowie.

Ward 3 resident Peggy Dee said she got involved judging the holiday lights competition several years ago with former Councilmember Krista Atteberry. A Ward 4 resident judge said he decided to get more involved in the community after attending recent meetings for the Hyattsville City Council and the code compliance committee.

This year, residents can still take their own tour of the 2014 winning houses.

There are several ways residents can get involved in 2015. Residents can nominate their own house or a neighbor’s house. Judges saw many decorated houses in every ward that had not been nominated this year. Additionally, residents can sign up to be contest judges next year, which includes a free holiday lights tour around the city by default.

The 2014 winners are listed below by category. A Mayor’s Choice Award indicates the house the judges felt somehow went beyond the rest. A Green Award indicates reduced environmental impact. A first, second, and third place was also chosen for each ward.

Awards will be presented at the Hyattsville City Council meeting on Jan. 5.

Some of the other entries:

Man robbed at gunpoint while retrieving items from car

National Guard helps save local restaurant during the pandemic

Residents Reflect: The Best and the Worst of It