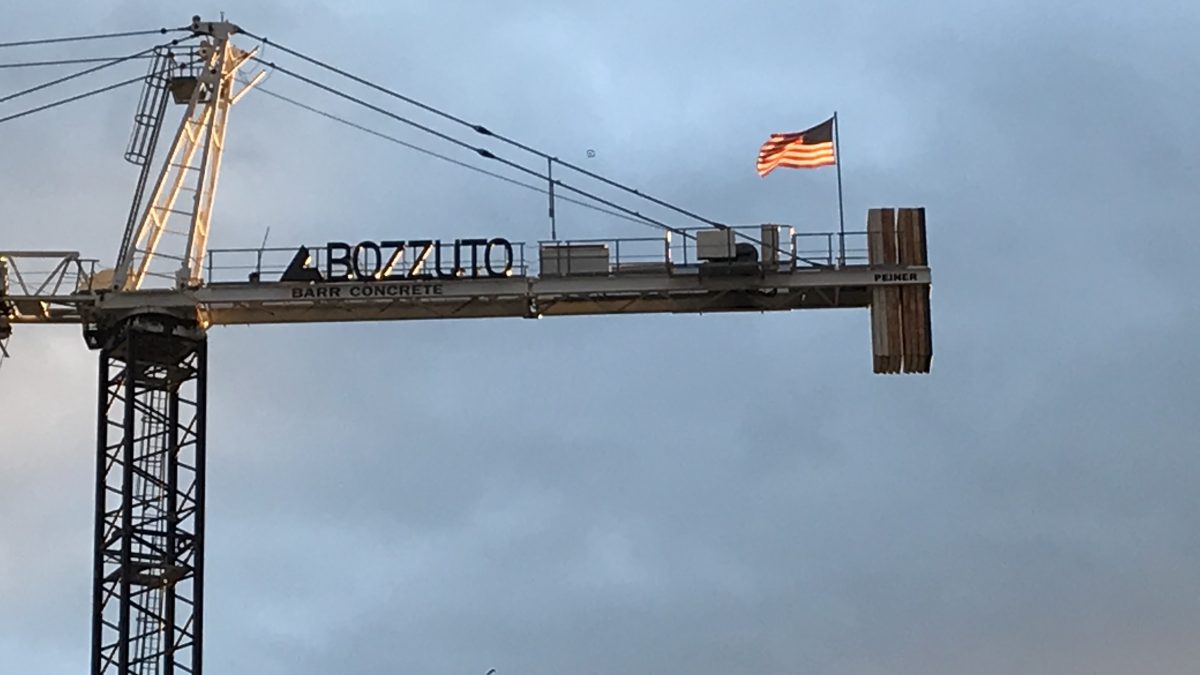 Construction sites are scattered across College Park as the city plans for future developments, including new student housing, apartments and retail. The city will likely look very different over the next five years, as major projects continue.

The Maryland Department of Transportation State Highway Administration (MDOT SHA) is continuing to make significant changes to Route 1. The $29 million roadway improvement project, which began in early 2020, is expected to be completed by the end of 2023, according to MDOT SHA Media Relations Manager Sherry Christian.

“This project is more than a sidewalk improvement project. It is a corridor improvement project,” Christian said. Route 1 will be widened to a four-lane roadway with a 5-foot bicycle lane. Planned improvements also include landscaping, drainage system updates, new signage and pedestrian lighting. Sidewalks on both sides of the street will also be improved to meet the Americans with Disabilities Act requirements.

According to Christian, the pandemic has not impacted construction. “On the contrary, the reduced traffic and pedestrian flow are benefiting the contractor and public in several ways,” she noted. Less traffic and fewer pedestrians, due to the University of Maryland’s closure, have helped the project run smoothly.

Another major project that has stirred conversation in the past few months is the construction of the Purple Line light rail. The groundbreaking was in August of 2017, and, according to the MDOT SHA website for the line, the light rail is projected to be completed by mid-2023. Construction stopped in September, due to the costs associated with a contractor dispute and third-party lawsuits. On December 16th, the Maryland Board of Public Works approved the $250 million agreement that settles all outstanding financial claims and terminates the current litigation. Contractors Meridiam and Star America will stay on with the project, while the Texas-based Fluor Enterprises Inc. will be released from its obligations. The state will soon seek bids from potential contractors to cover project design and management.

A third and important development is under way in the city, as well. Last February — indeed, on Valentine’s Day — former University of Maryland President Wallace Loh, Mayor Patrick Wojahn and members of the community gathered to break ground for the new city hall building, on Knox Road. In September, the project reached another milestone when the cement slab was poured. The building will include offices, as well as retail space on the ground level. The project, which is slated for completion in 2021, carries a price tag of more than $20 million.

Multiple apartment buildings are under construction on and near campus. The Greenbelt-based Bozzuto Development Co. is working on a mixed-use apartment complex, located across from the ZIPS Dry Cleaners on Route 1. The complex will include 393 housing units, two parking garages and 70,000 square feet of retail space. According to a Bozzuto press release, commercial tenants will include a grocery store and fitness center. Construction began in April and is targeted for completion in 2021.

Another off-campus apartment complex, Tempo, is under construction near the Denny’s on Route 1. The project is in the hands of Gilbane Development Company. “We are thrilled to bring this exciting new student community to College Park and the University of Maryland,” Gilbane Senior Vice President Russell Broderick said in a press release. The development, an 8-story building, will have 296 units. Broderick cites Tempo’s proximity to campus as a draw for students. The complex is set to open in the summer of 2022.

The pandemic has caused businesses to close, schools to go online and people to work from home. But because construction has been deemed essential throughout the country, cities like College Park have been able to proceed with projects like these, with an eye to a more robust future over the months and years to come.

Celebrating the women of Lakeland

Miss Floribunda: The war against roses