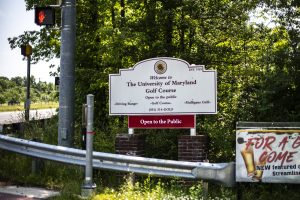 The Prince George’s County Planning Board held a meeting on May 20 to discuss the University of Maryland’s (UMD) proposal to repurpose the Paint Branch Golf Complex. While the university does not own the land or the complex, they would undertake this project in partnership with state and county organizations. Phase 1 of construction would involve converting the driving range to a track and field stadium, and Phase 2 would rebuild the driving range elsewhere on the grounds and could include the construction of additional recreational facilities, such as a batting cage or mini golf course. Current plans would leave space for three to five golfing holes in a complex that is presently home to nine.

The Maryland-National Capital Park and Planning Commission (M-NCPPC) may allow the university to build a National Collegiate Athletics Association track and field facility where the driving range sits. UMD officials indicate that the new facility would be operated by the university but would be available for Prince George’s County Department of Parks and Recreation (PGCDPR) programming, as well as for local high schools and interested residents to use, providing there aren’t collegiate practices or meets taking place.

UMD is running out of time for an initial proposal to be approved. The light-rail Purple Line’s right of way runs through part of the university’s existing track facility.; construction starts in fall of 2022. If the new field facilities proposed for the Paint Branch site are approved, construction there would also begin in 2022, with completion of the first phase slated for 2023.

M-NCPPC team leaders said that a new driving range would be constructed elsewhere at the Paint Branch Golf Complex as part of a major overhaul of the grounds. Although no plans have been finalized for the remaining phases of construction, planning team members and some 50 residents discussed possible changes to the facilities at Paint Branch during a virtual meeting on May 13. The planning team suggested that the grounds could be filled with batting cages, ziplines or skate parks. One county council member noted that major changes may come to the complex whether or not the field and track facility is built.  A second, in-person community meeting is scheduled for June 15 from 5 to 7 p.m. at the College Park Airport.

M-NCPPC Planning Supervisor Sonja Ewing said that she hopes that the partnership will result in a “two plus two equals five” situation in which the three organizations work together to create a better recreational center than either could have done on their own. She noted that the community’s recreational needs will be considered in all phases of the project.

Ewing added, “Phase 2 is basically bulleted ideas and bubble diagrams. “We have metrics on what the community’s needs are, but we wanted to use this community meeting process to hear from the residents about … which things would be their priorities.”

According to Ewing, the PGCDPR completed studies in 2013 and 2017 to determine residents’ interest in certain recreational activities. In both studies, she said, about 5% of county residents were interested in golf. 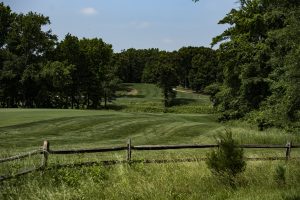 Ewing noted that the pandemic has affected facility use significantly; trail use, for example, nearly doubled during 2020.

The National Golf Foundation reported that a record 3 million Americans tried golf for the first time last year, up considerably from annual averages of about 2 million over the past seven years. Of note, the foundation also reports that there has been an 11% cumulative contraction in the availability of golf courses in the U.S. over the past ten years, and that the contraction has been disproportionately concentrated in value-priced courses (defined by the foundation as those with greens fees of $40 or less).

Seniors have been the most vocal opponent of the partnership project so far. Mike Crosman, 71, co-runs a golf league at the Paint Branch Golf Complex on Tuesday nights, and said that the low rates are one of draws for seniors on fixed incomes.

The other main draw, Crosman said, is the flat terrain at Paint Branch. He said many seniors come to Paint Branch just to walk the grounds, which are wooded and full of wildlife.

Follow-up meetings will be held in June and July. The first is slated for June 15 and will be open to the community. The university held a public session with the board of regents finance committee after press time, on June 10, to discuss the projected $6.9 million project. Following completion of traffic studies, the Phase 1 partnership proposal will be presented to the county planning board in June or July. The board does not meet in August.

Community on the Move: Looking ahead to 2030