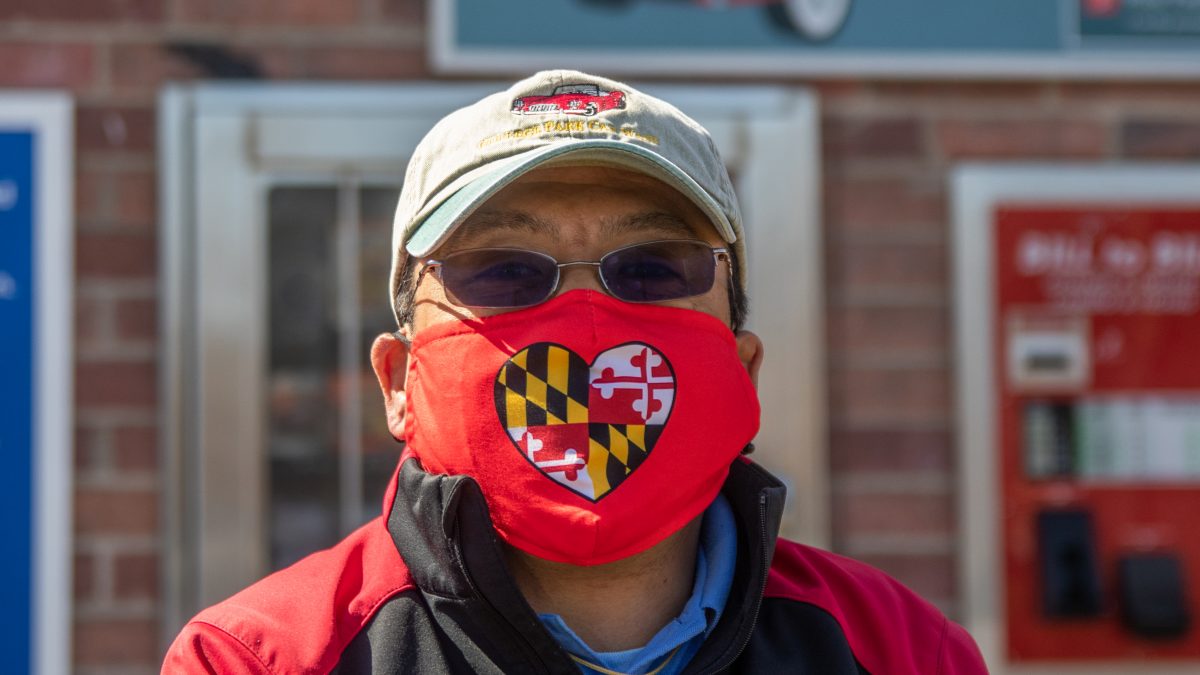 Whether it’s from skirting the line of cars making a left turn on Route 1 or seeing their distinctive red logo, you probably know about the College Park Car Wash.

“[The carwash] is made for a whole lot of fun and different people coming to [it], all sorts of different cars and people from different places; it’s really been great,” said Ben DuGoff, vice president of the company.

Ben and his father, Dave DuGoff, president and owner of the College Park Car Wash, have run the company since 1995. The business has been in College Park location since the 1960s, when Dave’s grandfather, Jacob Holms, opened up a gas station with a two-bay carwash.

“The gas station was in the modern style of a gas station, with four islands in the front for gas, and a long island in the back for diesel. We sold a lot of diesel. And there were two self-service carwashes. That was here in 1995, when I tore that down and built the carwash that we have today, which is an eight-bay carwash: six self-serve bays, and two automatic bays,” said Dave DuGoff.

Holms emigrated from Russia and eventually landed in Washington, D.C., peddling gas in streets and farmers markets. Eventually, he rented land on Route 1 and built a gas station.

“Route 1 at that time was the only [local] truck route. He had a gas station in Hyattsville, one in College Park and one in Laurel,” said Dave DuGoff.

After about 20 years, the family transitioned the business from a gas station with a couple of wash bays to a carwash, exclusively,  due to traffic and environmental issues.

“In the ‘80s and ‘90s, we were doing a lot of environmental remediation, and we were spending a lot of money rebuilding the gas station that we had,” said Dave DuGoff.

The College Park Car Wash is environmentally friendly, according to Dave DuGoff, because the water used in the self-service bays is captured and filtered before it reaches the sewer system.

The carwash is also water-efficient, using around 15 gallons of water per wash in the self-service stations. The automatic carwashes also use reclaimed water, according to Dave DuGoff. Although the carwash is engineered for efficiency, the customer experience is not sacrificed.

“[We try to] deliver a very high level of service … we want things to work. When you put your coins in or swipe your credit card, we want the soap to come out with a lot of soapiness to it, a lot of foam and bubbles. We choose products that have fragrance [because] it stimulates the customer to enjoy the process,” he said.

The process of washing your car and the effect afterward, according to Ben DuGoff, is one of the reasons the College Park Car Wash has stayed open during the COVID-19 pandemic.

“Most people can spend five to ten dollars to keep up their cars — it’s a big pride thing. It’s also an investment, keep up the car so it doesn’t deteriorate. You can’t buy a carwash on Amazon, so we’re always going to have some sort of place in the world,” he said.

The College Park Car Wash paused their services in March, shortly after Gov. Hogan ordered businesses to close. The College Park location, as well as the newly opened Beltsville location, then opened the automatic washes in May and the self-service bays in June, according to Dave DuGoff.

The carwash is the busiest during warm days and following a large weather event, including snow and rainstorms. To help customers avoid those long lines at the entrance, the College Park Car Wash has added live camera feeds to their website so drivers can see how crowded it is before they head over.

“We work really hard to help direct people, get them into line and ask how we can help them. We have a lot of regulars who know what to do; they know how to get to where they want to go,” Ben DuGoff noted.

You don’t have to be a regular at the carwash to have a positive experience. While there are several options to choose from for each wash, there are always people around to help out.

“Periodically we will have a customer come in and … they’ve got that lost look in their eye, and we’re so happy to help them out … we love doing it,” Ben DuGoff said.