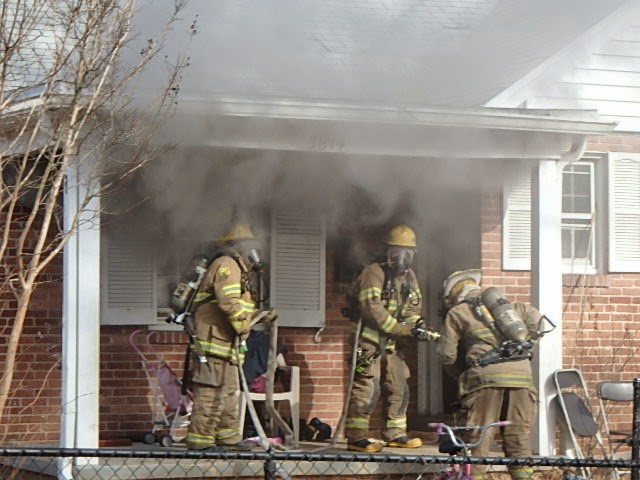 BY REBECCA BENNETT — First responders were called to a two story house fire in the 3800 block of Oglethorpe Street just after noon on Tuesday, Jan. 13.  Firefighters say a search of the home failed to find any working smoke alarms.

According to Prince George’s County Fire and Rescue (PGFD), authorities believe the fire started accidentally in a first floor bedroom. The Hyattsville Volunteer Fire Department, which responded to the call, said the fire was contained to the room of origin. PGFD said a total of 33 firefighters and medics were on scene to battle the blaze that took eight minutes to put out.

No injuries were reported, authorities say, but two adults and four children who lived in the home will now stay with other family members in the area.

Photos: All the signs that spring has sprung in Hyattsville