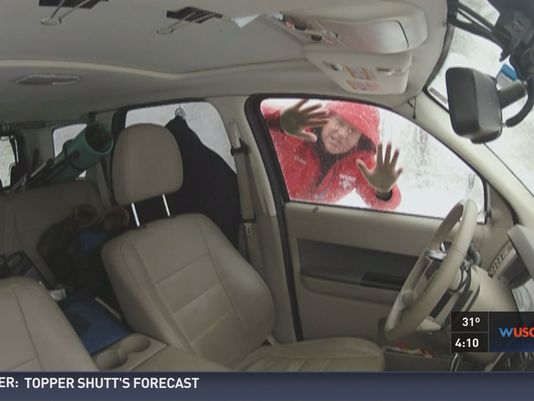 BY REBECCA BENNETT — The hastag #UnlockScottBroom took form after WUSA 9 reporter Scott Broom locked himself out of his vehicle while covering the weather this afternoon in Largo, Md. The keys were in the ignition, the vehicle was running and all of Broom’s camera and mic gear was still turned on, he reported.

Just before 5 p.m., off-duty Hyattsville Police Officer Patrick Ojong saw Broom locked out of his vehicle on TV and helped him get back in, according to Broom’s twitter account.

Click here to see Broom reporting while locked out of his car, and then Ojong rescue him on live television.

Patrick Ojong of Hyattsville PD responds after seeing @scottbroom locked out of his mobile newsroom live on @wusa9 pic.twitter.com/ycIXiGkf5L