Meet the artists of the new Hyattsville Branch Library

The Hyattsville Branch Library is set to open by the end of the year. The new building will feature a fairy tale-themed children’s play area, an outdoor terrace with a hands-on environmental learning station, a computer lab with a public use 3D printing station, and a café. 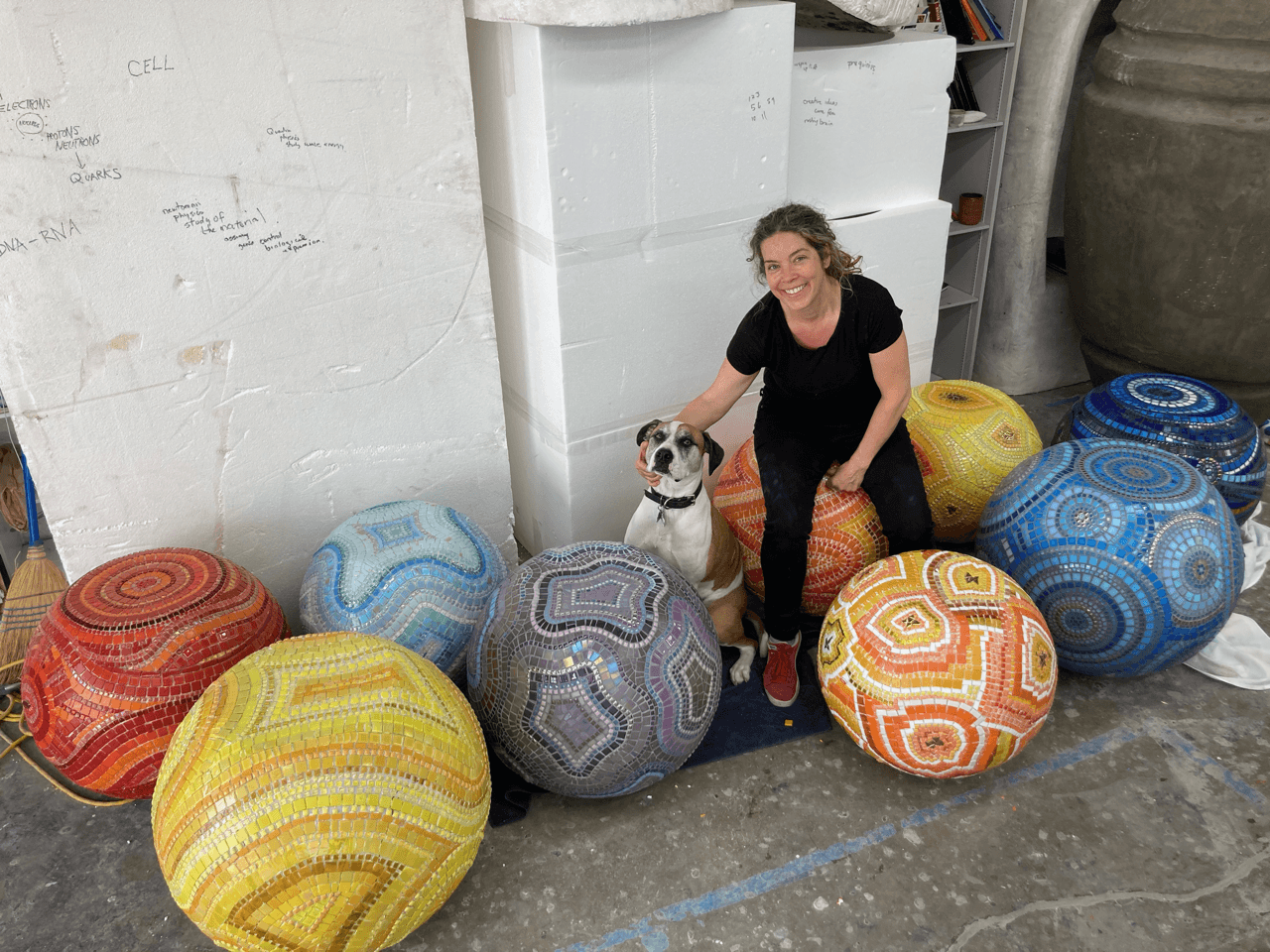 It will also feature two brand new art pieces: A mixed-media mural on the history of Hyattsville titled “Hyattsville: Connecting the Faces of History” and a galaxy-themed mosaic mura, tiling the floor beneath the flying saucer that local activists fought to save from the old library structure. 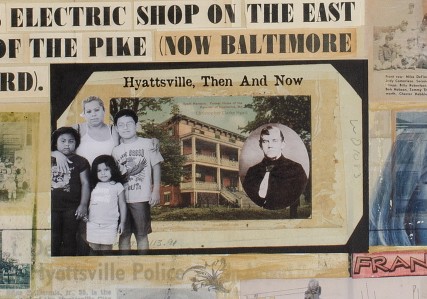 Curtis Woody’s mixed-media mural is 8 by 20 feet on the wall inside the main entrance. Woody’s mural takes historical photos of old buildings and people in Hyattsville and merges them with modern photographs. Woody has had a 40-year career as an artist in Prince George’s County. He created a piece at the African American Museum and Cultural Center in North Brentwood titled “Struggle for Dignity, An Artistic Exploration of Slavery and Emancipation,” exploring the history of slavery in the county.

Valerie Theburge’s galaxy mosaic will be on the floor beneath the flying saucer outside the main entrance. Spherical planetary sculptures will be scattered around the galaxy floor. Coated in beautiful mosaic tiles, these planets also serve as seating. Theburge’s main goal of this piece was to invoke a sense of joy in the viewer. “I want people to feel uplifted when they see my art,” said Theburge.

With vaccination rates between 69% and 85% for those over 16 in Hyattsville zip codes, most local students will be welcomed back to familiar school buildings on Sept. 8 ― with the exception of middle schoolers.

In the meantime, middle school students will travel to other area schools for the next two years.

Seventh and eighth graders in the Creative and Performing Arts (CPA) program will go to Robert Goddard Montessori School in Seabrook.

Non-CPA seventh and eighth graders will start the school year at the former Meadowbrook Elementary School building in Bowie.

Non-CPA students will join their peers at Robert Goddard Montessori as soon as a 10-classroom structure is built to accommodate them; the goal is to have the structure completed no later than January 2022, said Pamela Boozer-Strother, school board representative for District 3, which includes Hyattsville.

The PGCPS website states that all students can attend in person. For grades K-6, there will be limited online instruction for some students who opt in, but only until a vaccine is approved for this age group.

For grades 7-12, the school district accepted applications for students who succeeded with online learning and wanted to continue. Up to 700 students in the district were allowed to choose to take most of their core classes through either pre-recorded videos or live classes, with limited elective courses offered.

Boozer-Strother said that the school district has ensured that students can return safely, and that the decision to move to a full opening is in line with the latest guidelines from the Centers for Disease Control and Prevention.

Nature Nearby: Bats: friend or foe? The jury is still out