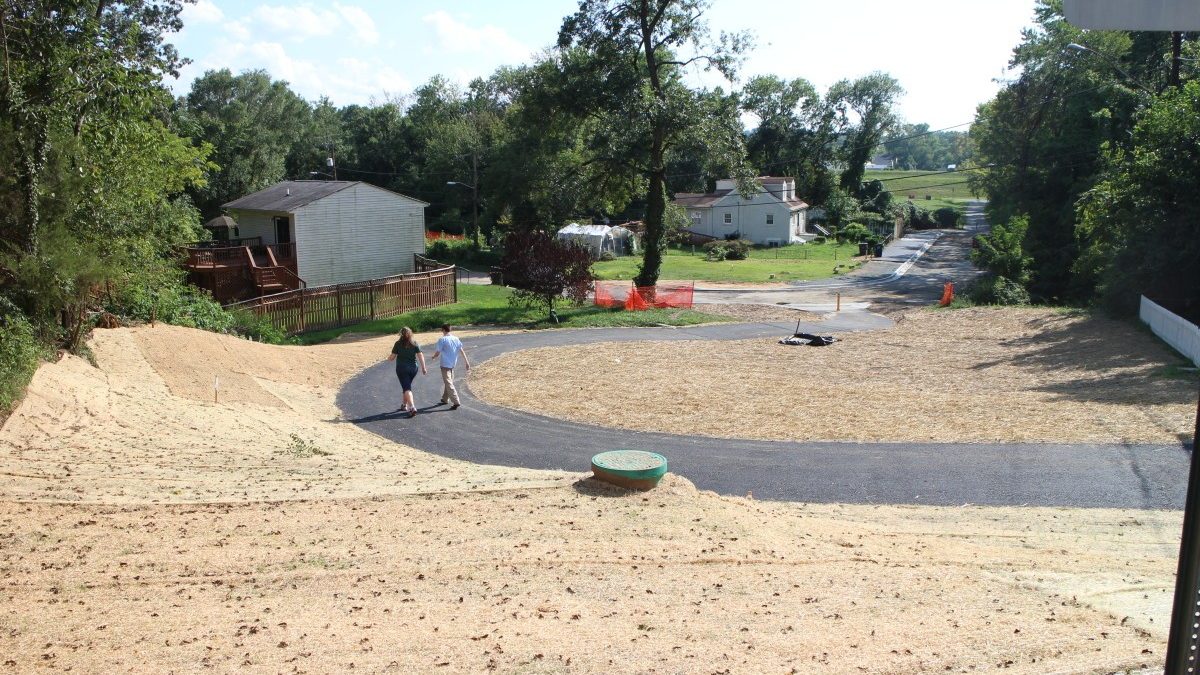 BY SUSIE CURRIE — One of Hyattsville’s many selling points is its proximity to the Anacostia Tributary Trail System, which is bordered by Charles Armentrout Drive at the city’s southernmost point.

But for years, the only direct route from the neighborhood was a steep, crumbling and largely vestigial block of 41st Place.

That little stretch of neglected asphalt was once a prime cut-through to Charles Armentrout Drive, but the City put a stop to that at some point in the 1990s by installing a guardrail at the top of the hill, on Crittenden Street. After that, the amputated roadway seemed to have outlived its usefulness. Virtually inaccessible by car, it was used mostly by the hardy hikers and bikers who first had to navigate a rotating assortment of obstacles on Crittenden Street. (The guardrail has given way to bollards, snow fencing and traffic cones.)

View New connector path in a larger map
The idea for converting it into a connector has been around since 2002, when the City first applied for a Community Parks & Playgrounds grant from the state. Several plans, grants, and DPW directors later, the new Melrose Access Trail has nearly come to fruition.

“We’re not quite finished with it,” Hyattsville Public Works Director Lesley Riddle said. “The final phase will be resurfacing [41st] street,” which she expects to be completed this fall.

Still, that hasn’t stopped some dog-walkers and cyclists from trying it out. The newly paved trail curves invitingly from the access point on Crittenden Street down to 41st Street, smoothing the sharp grade into a path that is both accessible for wheelchairs and safer for bicycles and strollers, though it is closed to motorized vehicles.

The path is currently flanked by erosion-control blankets to stabilize the new soil. Landscaping will be added next year, said Riddle.

“We want the grass to take hold first,” she explained.  “A tremendous amount of topography changed” in the course of the project.


The design is still in the planning stages.

“We’ll go with conservation landscaping, so that would include a swale, rain gardens, and native plants and rocks,” she said. “We want to keep the profile somewhat low, so probably some medium-sized trees.”

For neighbors, it’s already an improvement.

“Looking out our window at the trail and its landscaping is much more pleasant than [seeing] the potholes and overgrowth that were there before,” said Matt Bowman, whose driveway was relocated as part of the project.

“It’s certainly a big change, but I’m happy that access to the trail has been improved,” said Jane Stanley, who can see the trail from her living room and has already used it several times with her family. “There seems to be more people using the trail now, which is great.”