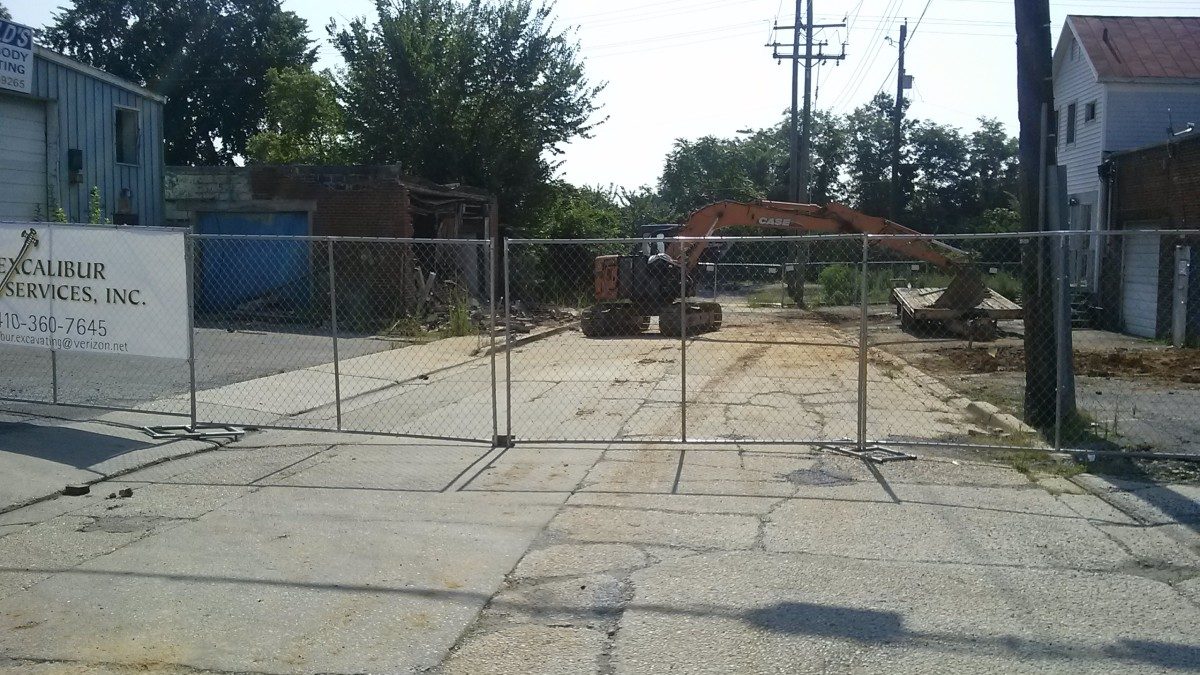 Demolition of several buildings to make way for a parking facility in the Arts District on Hamilton Street began in July 2014. Photo courtesy Rebecca Bennett.
Business

BY REBECCA BENNETT — On Feb. 2, the Hyattsville City Council approved more than $81,000 for engineering design services from Stantec Consulting Services for a new city parking lot on Hamilton Street in the Arts District.

The site of the new lot, which will be located at 4505 and 4508 Hamilton Street, was acquired by City of Hyattsville using eminent domain. The city began tearing down the buildings in late July.

“Keeping in mind potentially this is a temporary solution,” Chandler said. “We want to act as if everything in here is permanent in nature, understanding that there are certain budgetary decision we’re going to come across that may be effective as a five year solution.” 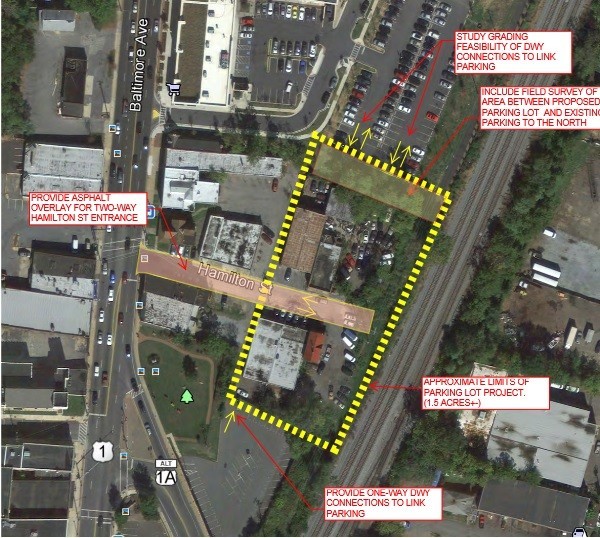 The surface lot, according to Chandler, could provide 90-100 parking spaces.  “We’re hoping to connect it to City Lot 1 [next to Franklin’s], so that it flows as a natural overflow,” he said. “We will have our engineer look at making a pedestrian and vehicular connection to the parking lot in the rear of the Shoppes at Arts District.  If we find that it is feasible and cost effective, the city would require an easement to be granted by the property owner.”

The project is estimated at a total cost of $480,000 to $530,000, which will partially be paid for by funds from a 2012 Strategic Demolition and Smart Growth Impact Fund grant. The city was awarded $450,000 for improvements in the Arts District, to include “the acquisition and demolition of properties along the Route 1 Corridor to catalyze a significant infrastructure project that will support and expand the business district.”

According to Chandler, the new metered lot may only generate $8-10,000 per year in parking revenue. “No one expected it to pay for itself in 3-4 years,” he said.

Councilmember Edouard Haba (Ward 5) asked if the design would include permeable surfaces. “We are going to look at cost effective measures for storm water management sustainability,” Chandler said.  He also stated that while the new lot surface would be non-permeable, it will not be a “sea of pavement” due to the conditions surrounding the lot.

Director of Public Works Lesley Riddle said that many permeable surfaces come at a high cost and require a lot of maintenance. “We are really looking harder at systems that integrate into existing systems … things that are a little more cutting edge …” she said. “We really need to take a look at being more creative.”

The city said construction on the new lot is expected to begin in July and to be completed by the end of October.