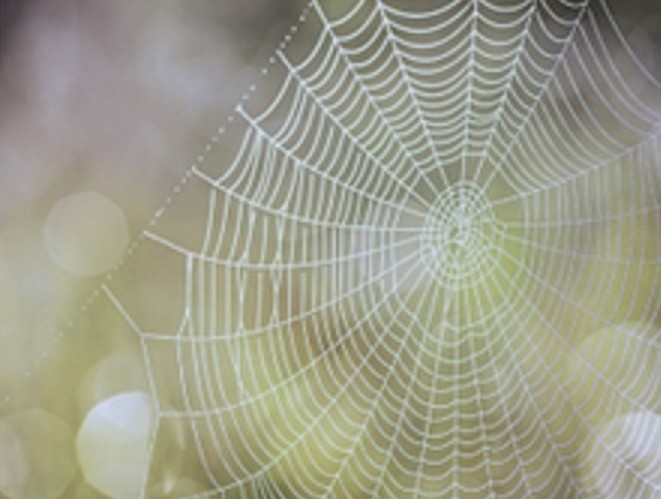 Both the black widow and common house spider are species of cobweb spider.
Nature Nearby

We have all encountered the tangled webs in our basements and sheds, around our ceilings or under furniture. Cobweb spiders, while maligned for these webs, are one of the many species of spiders that hunt for pests in and near our homes.

Both the black widow and the common house spider are species of cobweb spider. Like most spiders, both types are venomous, but the latter poses little threat to humans. The common house spider very rarely bites humans and causes only mild discomfort if venom is transferred. Indeed, most of our eight-legged neighbors are of little danger to us.

Approximately 4,000 species of spider live in North America, and researchers suspect ten times that many species live worldwide. Spiders are one of the more effective predators of household insects. In addition to cobweb spiders, some of the more familiar visitors to our homes include the wolf spider and the orb weavers who build the beautifully circular and geometric webs we associate with spiders.

Interestingly, while all spiders can produce silk, some do not build webs. The wolf spider hunts on the run and, as a good mother, carries her eggs and young ones on her back to protect them. The young (called spiderlings) will often send out a bit of webbing to ‘balloon’ their way to a new location. Some species of spiders will only use a strand of web to keep from falling or to find their way ‘home,’ while others will extend a line to trap prey much like one would with a fishing line. The spider hooks its prey with a sticky tip and reels it in for consumption.

Spiders who do build webs use them to catch insects. When the web vibrates, they are alerted: lunch has arrived.

While male spiders are smaller than females, and it is true that some females are bent on devouring suitors, some males, notably some orb weavers and jumping spiders, have learned to enter webs and perform ‘courtship dances or rituals’ that indicate to the female their romantic intentions.

Speaking of females that devour mates, the infamous black widow is one of very few local species that is potentially dangerous to humans, especially the very young or the elderly. Black widows can be identified by a red hourglass-shaped marking on its body, although this is not visible on all.

Far and away, the majority of our eight-legged, eight-eyed neighbors are doing us a great benefit by preying on many insects which attack our plants and food.  While their propensity for living in dark shadows in our homes may add to their mystique and sometimes their undeservedly bad reputation, spiders are often on the prowl for insects that carry disease or damage food. Even the messy cobweb spiders in our basements or the ‘crab spiders’ who seem to have a fascination for living in cars are visiting us because some of the insects we find undesirable got there first.

Thanks to the Redskins, the Wildcats play on a new field