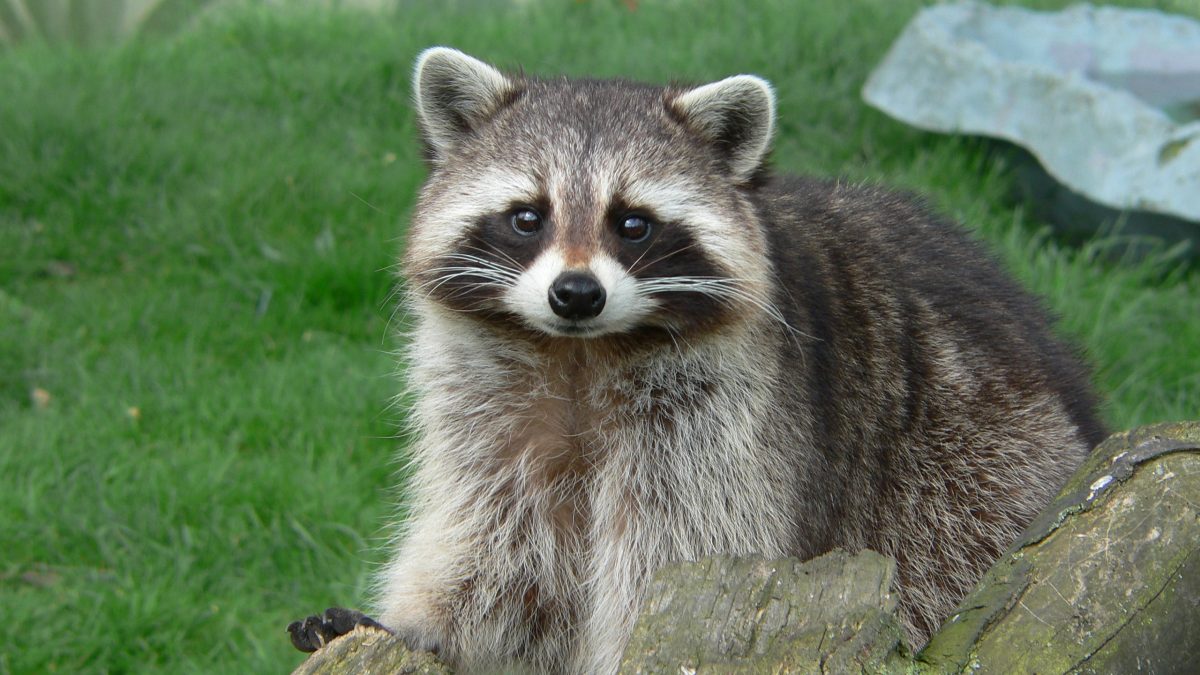 BY FRED SEITZ — In November and December, several Hyattsville residents noticed the increased presence and occasional demise of some of Hyattsville’s cutest and cleverest burglars, raccoons.

The popular view of these often pudgy (8- to 30-pound) mammals as burglars comes from their distinctive black “mask” and their amazing skill at opening  trash cans and other receptacles to consume the contents.  Their “burglar” image is reinforced by raccoons typically acting alone and at night.

Early English and Spanish colonists in North America were very familiar with our local felon.  Indeed, the word “raccoon” is derived from Virginia Native Americans’ name for the animal, which translates as “one who rubs and scrubs with his hands.” The idea that raccoons “wash their food” is actually a misconception.  Raccoons feed near streams because crayfish and amphibians are among their favorite foods, and rub their hands together because water enhances their already acute sense of touch, useful in hunting.

While waterside dining is a popular view of the raccoon, these animals are among the most omnivorous of all of our local wildlife.  Their trashcan feeding antics are well known, as are their raids on bird feeders and bird nests. They are also occasional predators, taking young squirrels, outdoor cats and other small mammals.

Residing in hollows of oaks and burrows left by other animals and often sleeping in the crotches of trees, raccoons are comfortable in urban environments (and often fattened from our trash).   Seeing raccoons in Hyattsville is not unusual. But seeing them during the day or after they’ve died, so I looked into it further.

While Prince George’s County Animal Management Division – or “Animal Control,” as most people still call it – has removed the carcasses, they do not test for disease unless the animals have had known contact with humans.  The staff there advised me that they do not have any statistics on the deaths of these animals.

Public-health departments, which primarily focus on human health, often cite raccoons as a major rabies carrier.  They also carry diseases that, while less familiar, rarely infect humans but are more dangerous to racoons. Distemper is a frequent cause of death for raccoons and in some urban areas they have spread roundworm through their scat.

The College Park Animal Control staff suggested that the animals were likely being displaced from their wooded habitats due to extensive development along Route 1 and elsewhere in  Hyattsville.  Pushed out of formerly wooded areas, the animals may have been forced into parts of our city where there is greater competition for food.

Another theory is that, due to the unusually warm weather last year, some raccoon kits (babies) may have been born at times other than spring. These off-season young may be having difficulty finding food, and possibly even dying from starvation. This food shortage may also explain why people are seeing the animals in daytime rather than evenings.

Still, raccoons aren’t going away anytime soon. Their range and population have increased in North America, and around the world. Their high cuteness quotient has led to introduction of raccoons in Japan and Germany.  Since their introductions in those locations, they have gnawed on Japanese temples, infested German urban areas and have attained nuisance status amongst former human fans.

My Two Cents: Letters to the Editor

Honeyville, a beer brewed for Hyattsville, is back