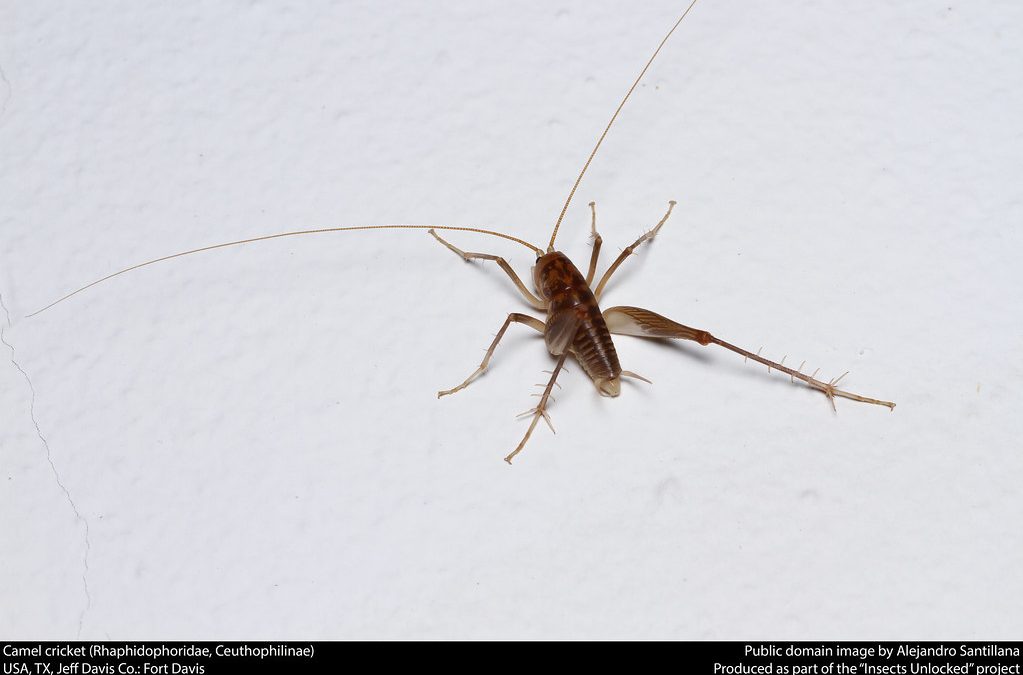 Nature Nearby: Dinner from the basement

While putting away the Christmas lights and doing a bit of cleaning in my basement, I quickly realized I was being greeted by a crusade of camel crickets (Gryllus assimilis). These humpbacked, talented jumpers were taking some issue with my intrusion into their domain.

Adults are 1 to 2 inches long, with the high, arched backs that give them their common name. Camelbacks pose no threat to humans, but can damage clothing and other fabrics. These dark brown or black critters also eat paper products, fungi and other insects (including other crickets). While they live outside in grass and wood piles, camel crickets also come inside during colder weather. They are attracted to damp places, like basements, sheds and garages.

I recently attended a webinar on edible insects, and crickets were one of the recommended repasts. While most insects are edible and good protein sources, crickets are especially abundant, and easy to catch and prepare for human consumption.

Although I have yet to deliberately try eating crickets or engage in other kinds of entomophagy, I am quite certain that I have consumed some of Brer Cricket’s kin when I’ve been camping and cooking outside. And if you read labels in the grocery store, you may have noticed them in processed food. Yes, the FDA condones their added crunch.

Indeed, consumption of insects of all sorts is a nearly worldwide practice. This is due, in part, to the fact that, while there are many of us, there are more of them, and unlike cows and sheep, insects don’t require large grazing ranges. And the resources required to process them for food are minimal.

The U.S. and Europe seem to be the major holdouts against adopting entomophagy into our cuisine. Much of our hesitancy is a learned social hesitancy, with some concerns about health effects sprinkled in. There are a few restaurants both in the District and New York who have taken the plunge and served insects. And I’ve heard of packaged meals made of insects that folks can purchase and prepare at home.

Let’s return to my crusading camel crickets. You can eat them raw, but make sure to wash them first.

Or you can freeze the captives to euthanize them, then dry your crickets on paper towels. There are a myriad of recommended cooking methods, and several cookbooks that describe them; simply roasting them is one of the easiest and most popular. This method entails spreading them on a nonstick cookie sheet and roasting them at 200 F for about 60 minutes, until crispy.

Again, I have yet to try this, and even when I mentioned it as a possibility to my wife, she gave me one of those “who is this guy I married?” looks. Still, I’m not sure how she feels about the plethora of crickets in the basement, so I may show this article to them and see if they make a rapid retreat.

Then & Now: A dip into Hyattsville’s mayoral history