Nature Nearby: Avian attention-getters in our city 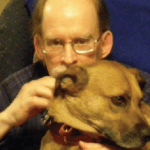 BY FRED SEITZ — For the past four years, residents of Oglethorpe Street have enjoyed (for the most part) the company and child-rearing of a group of Yellow-crowned Night Herons. Considerably smaller than the Great Blue Herons who frequent the Northwest Branch, they are 25 inches long and weigh 1.75 pounds.

The herons generally roost in colonies. Four years ago, say neighbors, there was only one pair living there; now, three pairs perch in the trees along Oglethorpe.

Over the years, they have roosted in several trees along the street and have raised chicks each year.  Human residents report that once the chicks fledge, the adults usually chase them from the nest.

The herons feed at night on crustaceans and frogs. While the humans enjoy watching the birds, the pieces of crayfish shell and other droppings are an unpleasant downside of their summer residence.  In the fall, the birds may migrate to Central America or Florida; others may overwinter in this area.  Yellow legs and red eyes give the birds a distinctive look, and they have an unusual “quonk” or “quark” call.

Other avian residents, who have lived in Magruder Park for the past five years, are a pair of Barred Owls, also known as hoot owls.  Perhaps most notable for their vocal musings, the owls have “entertained” human residents with their familiar “who cooks for you” calls.  The pair has not always conformed to owl-calling stereotypes, as they are heard not only at night, but also sometimes in early afternoon or in early morning.

Common in suburban areas, Barred Owls feed on voles, mice and occasionally squirrels, as well as frogs, snakes and some larger insects. At about 18 inches long and between 1 and 2 pounds, they are much smaller than the Great Horned Owl — which has been seen occasionally  in the park where this couple makes their home year-round (and raised chicks at least once in the five years).  They will often live in tree cavities, but will also opportunistically occupy old nests of Red-shouldered Hawks, another frequent avian resident of Hyattsville.

These hawks, with their distinctive “kee-yah” call, frequent the sky over Magruder Park and along the Northwest Branch.  Three years ago, a pair raised their chicks at the end of Crittenden Street and both parents took turns hunting for and feeding the young.  Their nests are often on a branch close to the tree trunk and may be anywhere from 10 to 200 feet up.

The Red-shouldered Hawks have frequent disagreements with crows that are in the park.  The crows will often “mob” the hawks to steal food, and sometimes the roles are reversed. In addition to easily being heard, they often perch quite visibly in trees along the Northwest Branch, where they will hunt for amphibians, birds or small mammals.  These hawks are up to 2 feet long and 1.5 pounds, with reddish patches on their shoulders and a whitish tail.

The three “attention getters” described here are only a few of our feathered neighbors who can be enjoyed during even the most casual walk around town or the park.

Fred Seitz is a 24-year resident of Hyattsville and a 58-year critter fan. Nature Nearby is an occasional column about our neighbors in nature.

Hugh's News: “Always have a lookout”

My Two Cents: A too-speedy passage of speed camera legislation?

Miss Floribunda: Don’t be snowbound, if you get my drift

Auntie Diluviana: Navigating the world of online books, with help from library