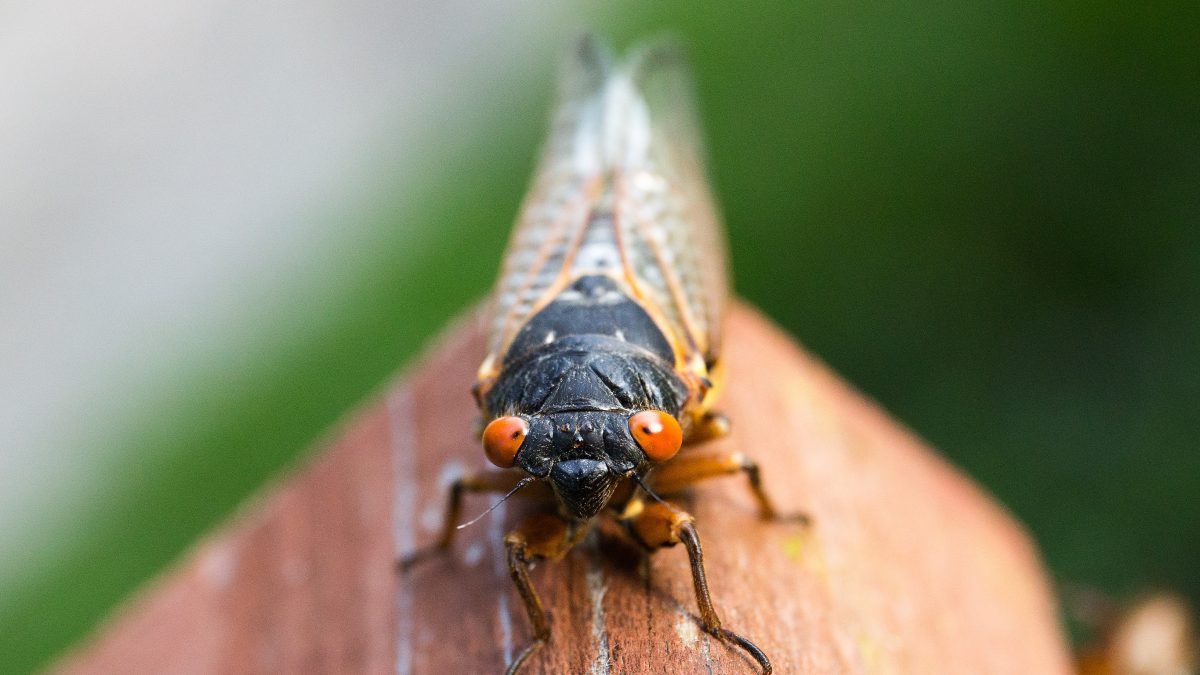 I recently received an email with a photo and the question “What is this?” As I looked at the photo of an approximately 4-inch-tall tower in the mud, my immediate thought was, “It’s a crayfish tower.”

Upon further reflection, I experienced an odd sense of absence, as such towers used to be a common sight in our local swamps. While I’m not sure why our local crayfish appear to be far less common, several studies in the U.S. suggest pollution and development are likely causes. While crayfish may not be cute and cuddly, they are an interesting local resident and provide food for other critters, including birds and raccoons.

These towers form because crayfish throw mud up around their exit holes while burrowing. After seeing that photo, I got to thinking about how there are a whole lot of holes emerging around us.

A couple of weeks earlier, during a stretch of exceptionally warm weather in late March, I noticed several early cicada nymph holes —  they’re about 1 inch wide and maybe 1½ inches tall. When the weather warms and stabilizes, typically by mid-May, these holes will be abundantly obvious in yard soil, mostly at the base of trees. You can spot them in Magruder Park and similar areas where oaks and sycamores are abundant.

These little cicadas have been waiting 17 years for their dates to show up and accompany them to a nice overlook for their serenade, which can be 85-100 decibels in volume, and a grand night of passion.

Unfortunately for these romantic climbers, a lot of them won’t be alone with their dates. Many of them will likely be accompanied by a fungus which partially takes over the little romantics in their ascents. These fungi chaperones are acting in their own interest; the cicadas’ climb helps the fungi scatter their spores. I guess you could categorize this as a weird kind of double date.

Also during this massive time of visitation and courtship, birds and other critters — and even the neighborhood dogs — will be smiling while they pig out on cicadae. Oddly, this, too, is part of the cicada’s survival strategy, and it’s referred to as predator satiation. Their sheer numbers provide so much food for predators that cicadas that aren’t consumed may survive long enough to produce enough eggs for the next generation’s appearance in 2038. And about those dogs? Although incidental cicada consumption probably won’t harm them, cicada exoskeletons can be difficult to digest, potentially blocking the intestinal tract and creating some serious problems.

To learn more about the pending cicada arrival, you may wish to check out bugoftheweek.com, a website by Dr. Michael Raupp, professor of entomology at the University of Maryland. Or, if you’ve only got about five minutes, watch Sir David Attenborough’s “Life in the Undergrowth,” a BBC video on the cicada’s life cycle, which you can find on YouTube.

Getting a little more down to earth, some of the most common holes we’ll be seeing this spring and summer are the welcome ones made by those ubiquitous European imports, earthworms (Lumbricus terrestris). Native North American earthworms vanished during the last Ice Age, and our current cast of little diggers — earth aerators and favorite fisherman’s bait — came from Europe and have spread far and wide in North America.

Earthworms spend much of their time burrowing. Their holes generally appear quite narrow at the surface, and some will even have a small dirt plug. In forest soil, an earthworm’s hole may also develop some lateral mounds at the surface.

Some worms that resemble our beloved nightcrawlers are anything but benign, though. These jumping worms (multiple species, all in the genus Amynthas) are native to Asia, and may be found primarily in northern states like Wisconsin and Minnesota. When they’re disturbed, they slither much like a snake and can appear to be jumping, thus their common name. Their overeager gorging on leaf litter and debris depletes soil nutrients and moisture, which has jeopardized some maple forests.

Jumping worms have a white- or light-colored band, or clitellum, near the head. Unlike our hole-and-mound builders, jumping worms leave castings that resemble coffee grounds. If you think you’ve seen one, please notify the U.S. Department of Agriculture Animal Plant Health Inspection Service or a local agricultural agency for a positive identification. To learn more about jumping worms, check out an informative video on them produced by the University of Maryland extension program and posted to the university’s “Maryland Grows” blog, marylandgrows.umd.edu.

Nature Nearby: Night of the hunter