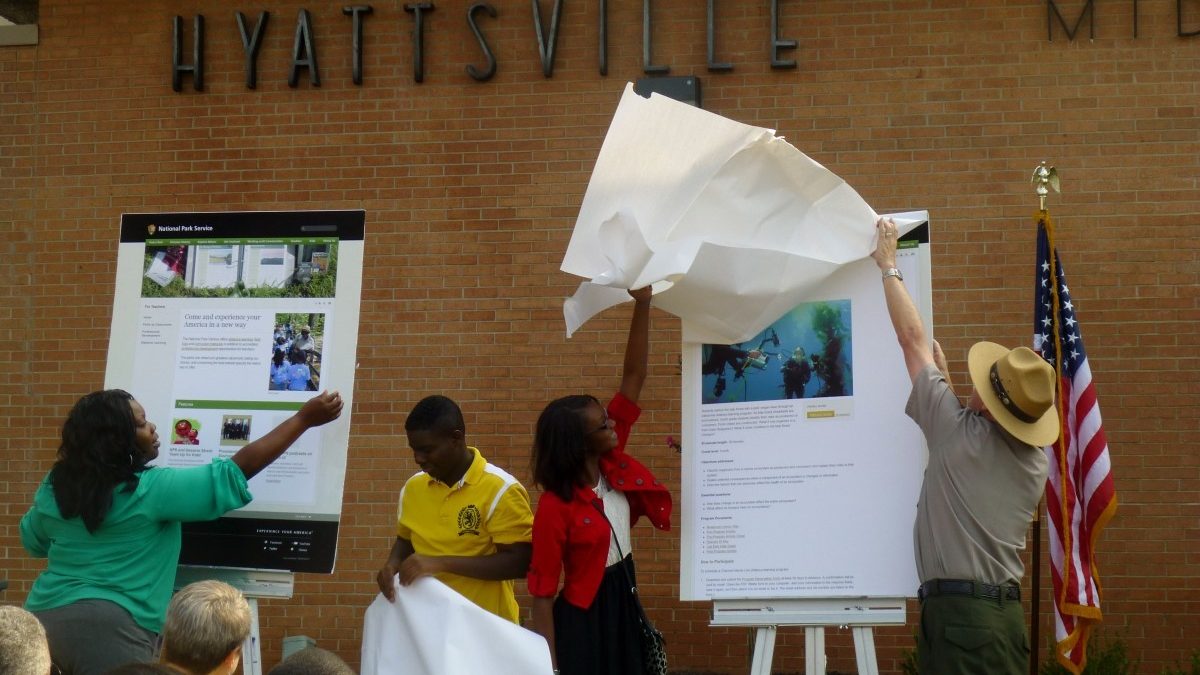 BY ROSANNA LANDIS WEAVER — On September 12, National Park Service Director Jon Jarvis, local politicians and news cameras converged at  Hyattsville Middle School for the official unveiling of a new National Park Service educational tool.  Also present, via web chat and as an example of the new world of distance learning, were park rangers from the Grand Canyon.

After extolling the virtues of the the country’s 401 national parks, Director Jarvis acknowledged that “not everybody can get there, so we want you to come visit us virtually.” The new teachers’ portal on the National Park website can be found at www.nps.gov, and is searchable by location, keyword and subject — from archaeology to constitutional law — across multiple parks. (At press time, however, the site, like the parks, was closed due to the federal government  shutdown.)

“Education has been a core principle of the park service for a long time,” explained Jarvis at the launch, “but unfortunately sort of piecemeal. This brings it together.’

Hyattsville Middle School was chosen for the launch site for its involved teachers, and its urban, diverse demographics. The students, according to Jarvis, are “the perfect age to get interested and excited.”

Weeks before the official launch of the program, HMS 8th grade history students in the classroom of Adrian Burney prepared by studying the historic travels of John Wesley Powell, a one-armed civil war veteran who traveled through the Grand Canyon.  The work in the classroom and online has had one immediate desired effect: the students are now plotting a field trip to Arizona.

My Two Cents: Resolve to help a local child this year