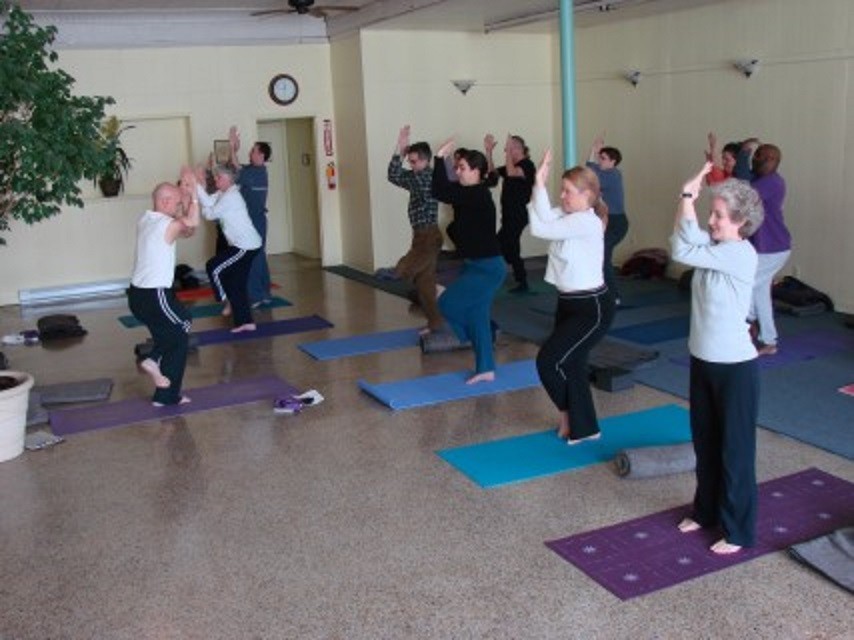 BY DOUGLAS R. THOMPSON — When my wife Gloria and I moved into our Hyattsville home in 1976, it was the unique community that attracted us both. Everybody, it seemed, knew everybody else.  Everyone looked out for each other. The local population was diverse. It was, in a word, “perfect.”

I became a yoga teacher in 1996 in order to share all the benefits of Yoga with my community. I envisioned a studio that would be more than just a yoga studio: a clean, quiet, non-competitive environment where everyone felt welcome, whether they had never taken yoga before, or were well-seasoned yogis. It would be the perfect place to meet residents from all over the city and surrounding communities.

It took nearly ten years to realize that dream. While I searched for the perfect place to open a studio, the City of Hyattsville let me hold classes in the Prangley Room in the Municipal Building. While I could only have the room for a few hours each Sunday, the space let residents experience my classes. It was here I built the foundation for my future studio.

Finally, in the summer of 2004, I found it! The Independent Order of Odd Fellows, who have been meeting in Hyattsville since 1896 and built their own building in 1920, were renting out a space. It must have been destined for yoga, because I saw the “for rent” sign only 15 minutes after it was put in the window. We scouted and secured the space that same day. In January of 2005, we opened Yoga Space to the public.

The dream that Hyattsville inspired has, without a doubt, come true. The teachers we have at Yoga Space are dedicated individuals that bring their own uniqueness to the studio, and I feel the community spirit in the air each time I teach. The classes are filled with young and old alike. There are students using yoga to deal with cancer, the loss of a loved one, or other kinds of pain, both physical and psychological. Yoga Space has served the deaf, and people with Multiple Sclerosis or other ailments. Inside these doors, everyone is free to just be themselves. When a chemotherapy patient who has lost her hair feels so at home in Yoga Space that she takes off her kerchief without thinking anything of it, I know what we have is special.

So here it is, 10 years later. The community has grown significantly with the advent of the Arts District, and all the new development along Route 1. I see more young people with children moving here, which makes me happy. To me, that means Hyattsville will continue to thrive, and Yoga Space will continue to attract future Yoga students.

But you know what? As our community expands, it retains the same spirit that Gloria and I fell in love with back in 1976. Thirty-nine years later, Hyattsville is still diverse.  Everybody still knows everybody else. Everyone still looks out for each other. And ten years later, Yoga Space is still here — where it plans to remain!

To find out more about classes at Yoga Space, visit www.yoga-space.org

Death of a naturalist: Tom Keefer

From the Editor: Gazette closure highlights need for informed citizens