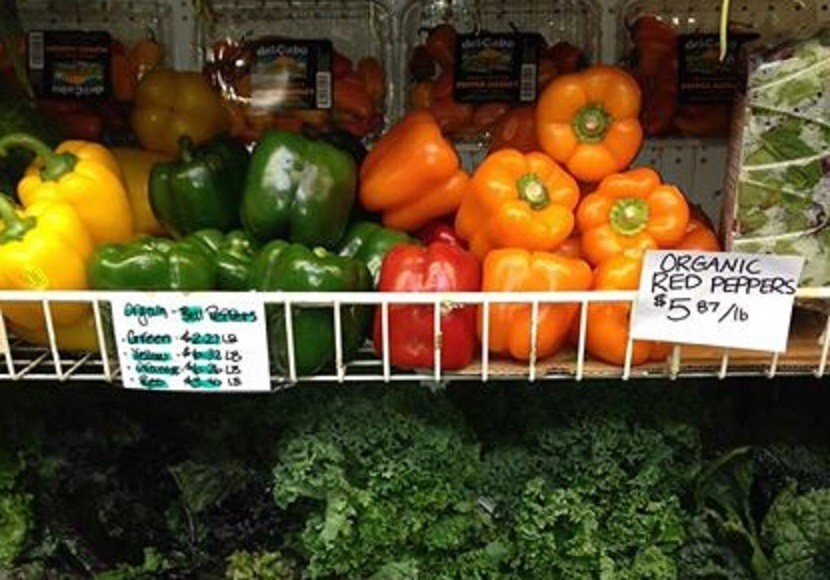 My Two Cents: Nostalgia and good food live at Glut

One long-time customer is Mount Rainier’s former mayor, Fred Sissine. Sissine can generally be found in great spirits and great conversation when he visits us. “Glut is like an antique gem. It has survived the emergence of larger organic food store chains — and it still shines as one of the few remaining “original” organic food stores. More than 30 years since my first visit, Glut is still my main food store — and it still has the best food, best prices, best music, best ‘vibes,’ and the coolest people,” he said.

Founded in 1969 by a group of conscientious objectors to the Vietnam War, Glut has remained stubbornly principled. It is still cheap, still funky. Granted, Glut is tip-toeing into the 21st century, but its old school charm is what people seem to enjoy about the store.

You don’t need to be a member to get lower prices. Glut is a workers’ co-op, which means that the 11 collective members make all the decisions together. That includes inventory, policies, payroll, and maintenance. In order to be a collective member, all you need is an application, some experience, and the magical ability to convince 11 different personalities that you can handle the diverse requirements of the Glut Co-op.

In an economy that has dissolved worker cooperatives, the collective at Glut voted to decrease our own salaries in order to maintain low prices. Some workers, including myself, have even volunteered their time rather than clock-in to save money. Who in their right mind would do that? A group of people who are invested in their community, that’s who. Unlike big chains, we know many of our customers by name, and we notice when they go out of town or when their children graduate or when they have an addition to the family. Some Glut customers, like Sissine, have been shopping with us for 30 years or more.

That’s the thing about Glut—it exists for the people, not for the profit. Whether it’s the volunteer program that offers food credit in exchange for bagging-up bulk items or the compost list that promotes sustainable living, Glut’s mission has always been sought more than just the bottom line.

Musician and father of two, Malcolm Ras said that the volunteer program helped him feed his family when he was out of work. “Glut has survived because of the supportive community mentality,” he said. “Glut is like an extended family. No matter how long you have been gone, when you come back, it feels like home.”

The same is true for me. Before I became a collective member, I was a volunteer. When I moved to Mount Rainier after my mother passed away, I was underemployed and unhealthy. As I got to know the workers at Glut, I started to feel more connected to the community. It was at Glut that I was inspired by collective members Raquel and Ziah to start performing poetry at the Will Work For Food open mic. I joined the collective last Spring after volunteering for about three years.

Fifteen year member Kim Peterson is one of Glut’s advocates. She has seen every kind of customer and remembers her time at Glut fondly, writing, “People come from far away and near for our special shopping experience. Many folks ripe ‘n ready to learn about alternative health, supplements, self-care and self-growth. We have fans of good fair trade organic coffee and tea at great prices! Glut is great for fun and lively conversation.”

Recently, a “cash mob” decided to shop at Glut because of the uncommonly large proportion of products supplied by African-American distributors. Glut carries more of these products than any store in the DC metro area, including Dallas Popcorn, Salaam Bakery, Sweet & Natural, Dr. Sebi, Motisola, Moore Health, In the Raw with Soul, Zuresh, and Middle East Bakery.

Pavarottishakur, organizer of the cash mob and creator of www.PoliteConversation.com, said he was impressed with the effects of the store’s cooperative structure. “When, from the future, we look back and explain how we got this far and how we did so well, not as individuals but as a community, [we] will find that Glut was more than a store; it was a historically significant idea,” he said.

Glut is open seven days a week, Tuesday – Friday 9 a.m. to 8 p.m. and Saturday – Monday from 9 a.m. to 7 p.m. If you want to join in on our community meetings, they are held every other Monday at the store from 8 p.m. until 10 p.m. Glut will celebrate its 46th anniversary this summer. For more details, please visit the website: www.GlutFood.weebly.com.

You can follow @GlutCoop on twitter for sales, recipes, and new products and ‘like’ the fan page: www.Facebook.com/GlutFoodCoop. Glut is located at 4005 34th Street Mount Rainier, MD 20712.

Tags #Letters to the Editor #My Two Cents
Previous

HMS to welcome a new principal