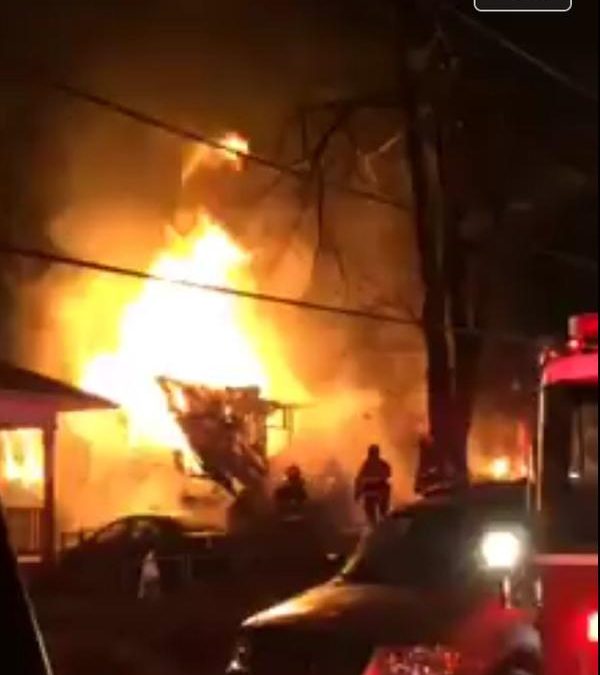 BY REBECCA BENNETT — Updated at 4:18 p.m. According to Prince George’s County Fire and Rescue (PGFD) Spokesperson Mark Brady, a house fire erupted in the 4000 block of 37th Street in Mount Rainier. A two-story, single family home had heavy fire showing when first responders arrived, he said. PGFD said the initial call was recieved at 5:27 a.m.

PGFD said the residents on either side of the house that caught fire were able to escape before firefighters arrived. No injuries were reported and the cause of the fire is under investigation, PGFD said.

Fire engulfed this home on 4000 blk of 37th St. An older male resident was not home. PGFD: He’s sick in the hospital. pic.twitter.com/9hRtq9MDWI