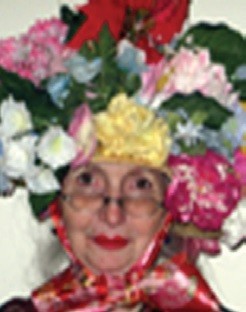 I too have an eccentric family. A cousin of mine, no longer content with giving me gazing balls, ceramic gnomes, and bird and butterfly houses for my garden, has now actually given me a bat house. I asked “Cousin Batsy”  why on earth I would want to draw bloodsuckers anywhere near my home and in a snit she told me any ecologist could explain. Well, you are the closest thing to an ecologist that I know of. Please explain what she means.

Will Not Go to Bat on Buchanan Street

Dear Will Not Go to Bat,

You are probably influenced by some of the folklore surrounding the bat that make it an omen of evil and bad luck. That isn’t true in all cultures. The Chinese consider the bat good luck and a stylized image of a bat is a common motif in Chinese carpets, textiles and ceramics. The comic book and movie hero Batman seems to have fostered a better perception of the bat as a nocturnal protector. Yet the fact that three species of tropical bats drink the blood of some small vertebrates in South America has forged a probably permanent link with the Dracula legend.

This leaves us with around 1,200 other species of perfectly harmless and abstemious bats,  who consume not blood but immense quantities of harmful insects. In fact, the bats in our area are probably our best means of mosquito control. Hyattsville’s Bat Man, Fred Seitz, writes the HL&T’s “Nature Nearby” column and is something of an expert on these much-maligned night flyers. He assures me that far more blood has been sucked by mosquitoes than by bats.

Bats also eat those pesky moths that lay eggs in your winter clothes, as well as cutworms, stink bugs, leafhoppers and other pests that come out after dark. They can eat as many as 600 insects in an hour, making them a boon to the gardener and the farmer.

Right now, bats are becoming an endangered species, their numbers decimated by a fungal disease called white-nose syndrome. So put up that bat house, maybe on a pole. Plant night-blooming flowers that attract them, such as evening primrose, four o’clocks, nicotiana and moonflower, although you should be aware that the moonflower, like its cousin the morning glory, can be invasive. Should you see bats flitting about in the dusk, please remember that they have no interest in you and won’t fly in your hair. Nor should you fear them as carriers of rabies: Statistics show that bats are responsible for fewer than 10 cases of it in the past 50 years.

To discuss this and other gardening concerns, you are welcome to attend the next meeting of the Hyattsville Horticultural Society at 10 a.m. on Saturday, June 15, at the home of Jean and Millard Smith on 3600 Longfellow Street. Please send further questions to floribundav@gmail.com.

From the editor: This issue is all about you

Science of the City: The afterlife of auto parts