It’s fall and chrysanthemums seem to be the only flowers seen in gardens, other than lingering annuals. They look pretty but I hate their odor so don’t want to bring them into my house. Are there any scentless fall-blooming flowers that will look nice and perky at this time of year? My annuals are bedraggled now and although there are shrubs with nice foliage and berries, what I really want are some non-noxious nosegays to put in vases. What do you recommend? 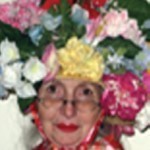 Dear Odor-Averse,
While I love the poignantly pungent fragrance of chrysanthemums, I know that the oldest recorded saying in the world is that you can’t argue about taste. (Reportedly this was found on cuneiform tablets.) There are others who agree with you, so they too will welcome knowing of alternative fall flowers.
Personally, I am partial to dahlias. They come in a dazzling array of colors, shapes and textures, with sizes ranging from miniature to the giant dinner-plate variety. However, dahlias must be dug up after frost, which is considerable work, and then carefully stored for the winter. In addition, they multiply so madly that you find yourself in the position of people with friendship-bread starter mix. It becomes difficult to find anyone you haven’t already persuaded to take some of your bounty.
I consulted Lady Aster, the person I know with the loveliest fall garden. She has no chrysanthemums at all, but her garden is full of color. Her chokeberries (Aronia arbutifolia) and hearts-a-bursting (Euonymus americanus) are spectacular with ruby and magenta fruit, as well as their bronze and scarlet leaves.
Also, many varieties of aster and fall-blooming alyssum extend the spectrum of color into a range of rose, diaphanous pink, white, mauve, violet and twilight blue. Although she harbors some of the more frequently planted New England Asters (symphyotrichum novae-angliae), she favors the New York Asters (symphyotrichum novi-belgii) — otherwise known as Michaelmas daisies. The contrast of their golden eyes makes their colors pop out dramatically. Their blooming season is longer than that of the New England Asters, beginning in late August and continuing till frost. If cut back (and if you use them continuously for indoor bouquets you will do that) they will be more shapely and luxuriant than the New England Asters, which can get rangy. Compact clouds of the New York Asters’ luminous bloom drift gracefully through Lady Aster’s garden.
The only bulbs she plants are those of the hardy cyclamen, which add jewel-like tones to shaded areas, and autumn crocus for sunnier areas. Neither needs to be dug up and replanted every year. To these she adds the toad lily (tricyrtis), which looks like an orchid rather than a toad, and “sneezeweed” (helenium), whose flowers lend tonalities of autumnal gold, mahogany and auburn to the garden palette. The daunting name of the latter came from the fact that its dried leaves were once used to make snuff. The fresh leaves and flowers will not make you sneeze. Nor will the mustard-yellow plumes of goldenrod. It once was blamed for the ravages of ragweed, but has been exonerated and elevated from the status of weed to that of wildflower. Lady Aster permits it in her garden.
To discuss and this and other gardening matters, please come to the next meeting of the Hyattsville Horticultural Society on Saturday, November 17, at 10 a.m. The meeting will take place at the home of Bob and Sarah Harper, 4013 Gallatin Street.

Nature Nearby: What lies beneath

Hyattsville to be represented in the Police Unity Tour

Students in need of uniforms, supplies and instrument donations