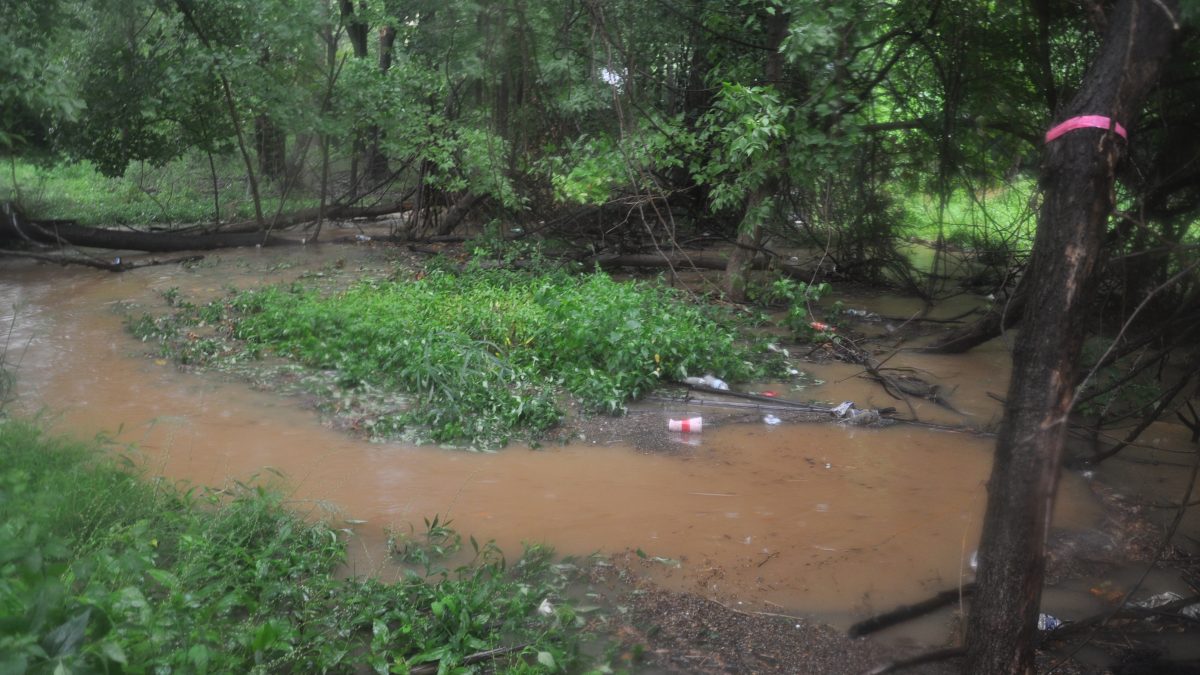 I’ve read with great interest about the effects of climate change on home garden planning. I have indeed noticed a “false spring” problem. Are there other aspects of climate change that affect those of us trying to grow a few flowers and vegetables in our own yards? I have heard that melting glaciers are causing a rise in the sea level. Last spring, I visited the coast of North Carolina and was shocked when I saw what people there call “ghost forests” of trees killed by a rise in sea levels. Are only coastal areas in trouble, or does any of this affect those of us who garden inland? I can’t help but wonder because of the ongoing construction on the flood plain next to Driskell Park. Would building there make groundwater come up and flood the rest of us? Would it do anything to the groundwater in general? Any other effects?

Thank you for these very pertinent questions. As the great poet John Donne expressed in “No Man Is An Island,” everything is interconnected. He wrote, “If a clod be washed away by the sea, Europe is the less, as well as if a promontory were.” What happens on the coast has repercussions inland. The coastal ecosystems that aren’t destroyed outright reestablish on flood plains. While many people view flood plains as wasted space just begging to have houses built on them, there is a strong connection between what you saw in North Carolina and why we need flood plains. The ecosystems they preserve contain pollinating insects as well as bats, turtles and amphibians that keep down mosquito populations.

Salt water from the encroaching ocean killed the ghost forests you saw. As water flows still farther inland, salt and harmful chemical pollutants are filtered out in flood plains. North Carolina has put in place ambitious plans to protect, restore and develop flood plains — a precedent having been set  as far back as the 19th century by the Gullah people who farmed rice in swampland there. Not surprisingly, after the failure of levees during Hurricane Katrina, important flood plain restoration projects were created in Louisiana. Closer to home, the Chesapeake Bay Program, a partnership of several watershed organizations, and our local Anacostia Watershed Society are developing similar initiative.

Sediment deposited on flood plains makes soil especially rich. Flood plain farming is prevalent in many parts of the world and certain areas of the U.S. It is being further developed in areas of the U.S. where increased flooding resulting from climate change has environmentalists seeking alternatives to dams and levees. An example is successful rice farming in the Yolo Bypass of California, where levees were removed five years ago. These flooded fields now also provide a habitat for migrating salmon.

And yes, if housing and impermeable driveways, parking lots and streets built on flood plains impede normal hydrologic function, then downward-flowing stormwater and rising streams will flood adjacent land and structures. Contaminated by building materials, lawn chemicals and runoff from roads, this water will flow into nearby neighborhoods and damage those homes and gardens, as well as the structures actually built on the plains. To date, plans to divert water have been far from foolproof. Because storms producing torrential rain have become more frequent and more severe, periodic flooding is a reasonable expectation. Flood plains have never been needed more. The damage done to the Chesapeake Bay by contaminated stormwater is yet another concern.

Although county, state and federal policies discourage or prohibit building on flood plains, Prince George’s County decision-makers often disregard these commonsense policies and allow developers to build intensively on flood plains. The future is likely to bring lawsuits, and the damages will be paid with tax dollars. A few years ago, the Federal Emergency Management Agency (FEMA) paid millions of dollars to homeowners in Baltimore County whose houses had to be condemned because of extensive water damage, though homeowners recouped only 75% of fair-market value. The demolition alone cost more than $1 million. Financial compensation may have been little or no comfort to those who hoped to live permanently in those homes.

So, what can the home gardener do when a protective flood plain disappears? You can spend time  preparing your garden as much as possible for that eventuality. Why not install rain barrels? Climate change brings alternating periods of deluge and drought. You can store water during heavy rains that otherwise might seep into your basement and then use it when you need it most. If you have a wet basement, you likely know that there is no substitute for an efficient sump pump, but it’s still a good idea to plant azaleas or some other thirsty shrubs along the foundation of your home. If you can afford to, it would be a good idea to replace your concrete driveway with permeable material. You might also want to turn at least a portion of your lawn into a rain garden.

Please come to the next meeting of the Hyattsville Horticultural Society on Oct.15, at the city’s Department of Public Works facility, 4637 Arundel Place. The meeting will begin at 10 a.m., followed by our fall plant exchange.

Miss Floribunda is visiting her sister Polyantha in Picardy this month, so we are reprinting a previous column that has been updated for relevance and accuracy.

Nature Nearby: An early Halloween horror