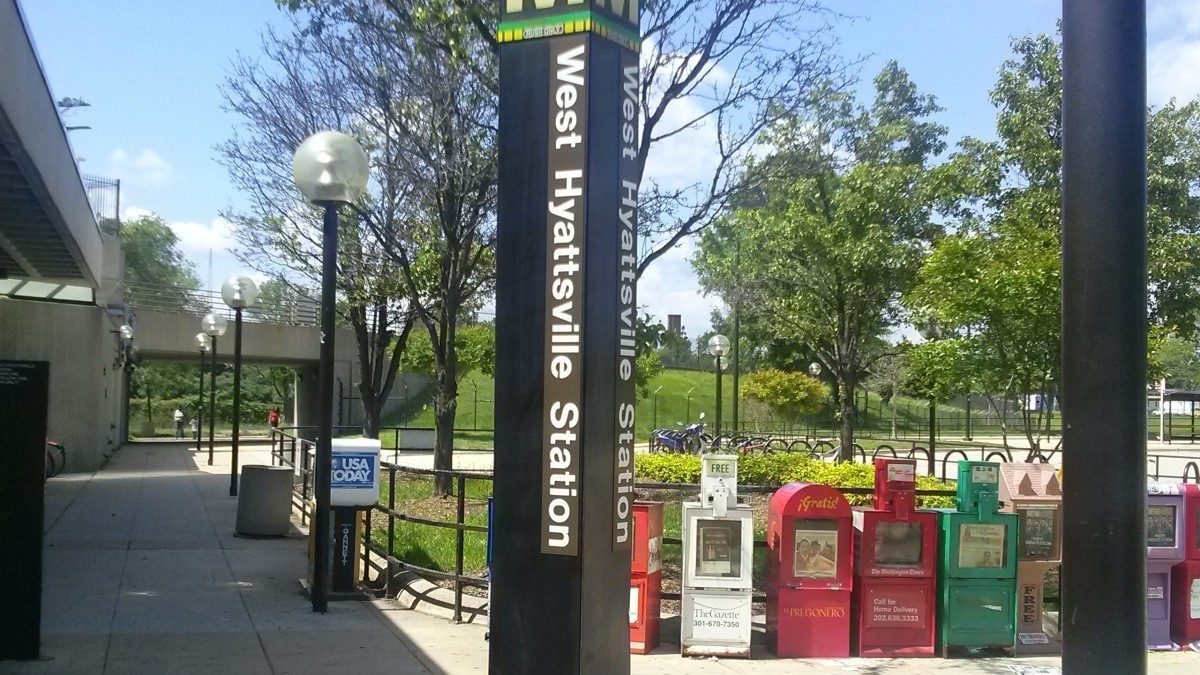 BY REBECCA BENNETT — At the March 2 Hyattsville City Council meeting, the Washington Metropolitan Area Transit Authority (WMATA) presented information to the council about a joint development solicitation for the West Hyattsville Metro Station.

Stan Wall, Director of the WMATA Office of Real Estate and Station Planning, briefed the council on Metro’s joint development program, their vision for the West Hyattsville station, as well as the process and next steps. “Joint development,” Wall said, refers to the transit agency working with the private sector.

“We look at the things that make it difficult to develop WMATA property, and try to solve and mitigate those types of issues and challenges before we offer the cite to the private sector,” Wall said.

WMATA is looking at the West Hyattsville Transit District Development plan as a part of the process, according to Wall. Along with transit and station access and development feasibility, he said these factors feed into a coordinated station area plan, which they use to seek out developers and investors.

The transit authority is focused on placemaking connections, Wall said, which includes enhanced bike and pedestrian access, as well as integrate the communities beyond the WMATA property. Wall said WMATA is also considering how to make Ager Road, Queens Chapel Road and Jamestown Road more hospitable as well.

Wall said the West Hyattsville Metro Station is different than any other station in Prince George’s County given that it’s surrounded by the Anacostia Riverwalk Trail system, as well as woods, open areas and wetlands.

“It’s a huge asset that we want to build upon and integrate into the develop of this transit-oriented development plan,” he said.

The project will be residentially-driven, according to Wall, but WMATA expects some opportunity for retail and office space. He said the idea was to create a strong main street on Hamilton that leads to and from the station. He also said they feel it’s a strong site because of the activity either side of West Hyattsville at Fort Totten and at Prince George’s Plaza.

“It offers a lot of amenities that neither of those stations offers,” he said.

Metro is in the planning stage, Wall said, adding that the transit authority is looking for feedback from the council on how the priorities for the area have changed. “We’re not going to put this out on the street without having gotten your input into this process.”

WMATA said it expects to solicit proposals in late spring or early summer of this year.