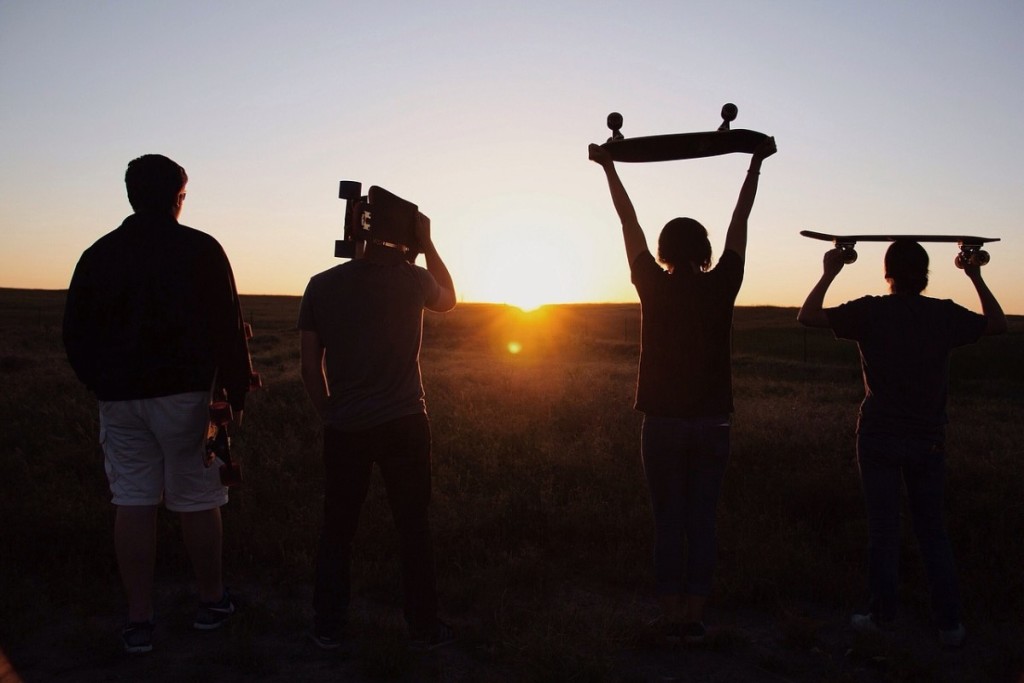 The boy who first proposed the skate park during a presentation before the Hyattsville City Council in 2003 has long since moved from the area. We tracked him down to tell him that the idea was finally a reality, and here’s what he had to say in an e-mail.
I can’t tell you how hilarious and awesome it is you guys are finally getting a skate park. I’d long forgotten about it, but it made my day. Here’s the Spark Notes about how that came about:
Our group of friends [not pictured] skateboarded a lot in 6th and 7th grade. We never really had a place to skate and had to drive over to the Bay Bridge or Bowie for the nearest ramps. Several times we were kicked out of the Justice Center, “Tiny Park” (at the bottom of 42nd place) and St. Jerome’s school lots for skating.
Our English teacher [at St. Jerome’s], Ms. Volpini, assigned us homework to write a letter to our City Council representative, so my Dad [Jerry Powers] suggested we ask for a skate park. I wrote it and Ms. Volpini suggested I send it in, so we passed it around school and got 50-some signatures.
Lots of kids just signed it who had never even skated; they just thought it was cool, which was great. A few months later, we heard back they might actually do it.
They had a budget meeting out at the P.G. County courthouse and the skate park was an option for the money, so about seven of us wore our pads and helmets and carried our boards in and sat through the whole thing. It was hilarious — lots of awkward stares.
Congrats! That’s great that [Hyattsville] kids will finally have a park.
– Tim Powers, formerly of Farragut Street

From the Editor: Capturing the flag — and the spirit of the season