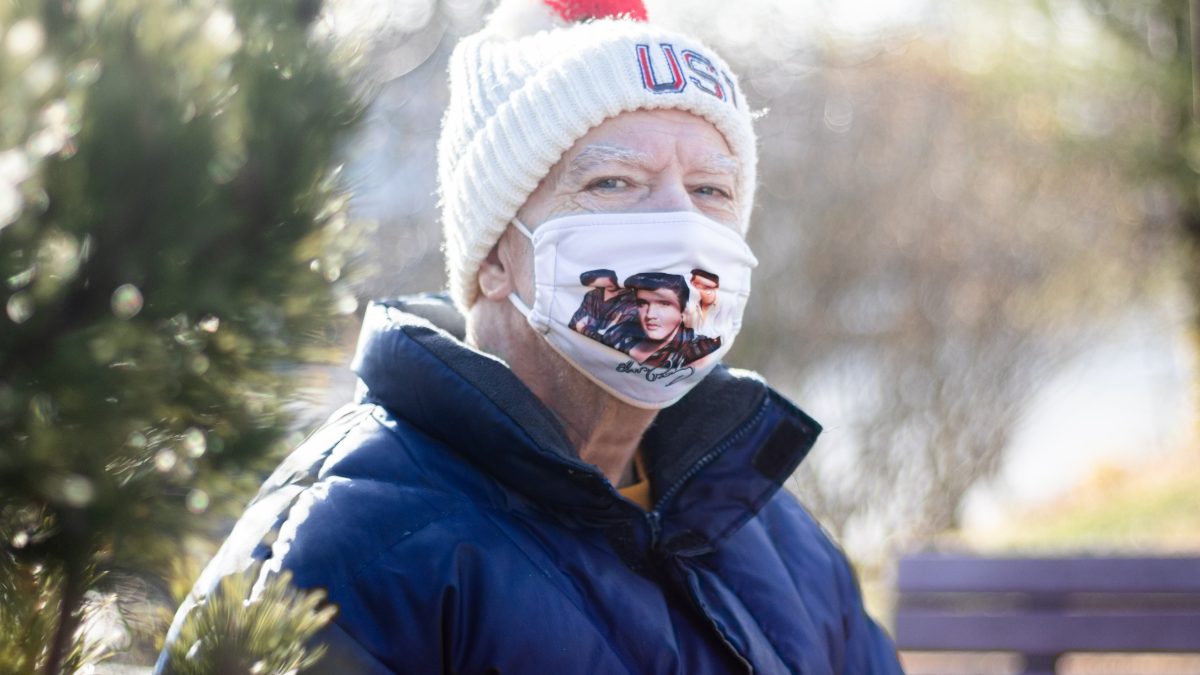 Each year, the Berwyn District Civic Association (BDCA) recognizes Russell Robinette, who started picking up litter in the neighborhood in 2005 and has hardly missed a day since then. Without an in-person meeting this year to formally recognize his service, the BDCA posted signs around the neighborhood which read, “Berwyn loves Russell.”

Robinette, who was born with an intellectual disability, grew up on Potomac Avenue with his two younger sisters, Karen and Kathy. Robinette has enjoyed a long landscaping career, which began at Melwood, an organization in Upper Marlboro whose mission is to empower individuals of differing abilities by providing them with unique opportunities in their communities. Following his work with Melwood, he cut grass for the Smithsonian Institution. Over the past 20 years, he has mowed lawns for his College Park neighbors.

Growing up, Robinette enjoyed dancing, playing basketball and bowling. For many years, he bowled in a Saturday morning duckpin league. Now, when he’s not cutting grass or picking up trash, he enjoys riding his bicycle, and stopping at Taco Bell, Denny’s or McDonald’s while on his long walks, picking up litter.

He enjoys making the neighborhood look better and always takes the opportunity to talk with people he meets along the way. He not only cleans up Berwyn’s streets, but Greenbelt Road and Baltimore Avenue, too. Over the course of the past 15 years, he has picked up over 100,000 pieces of trash from the streets. Consequently, both the Berwyn District Civic Association and the city’s Committee for a Better Environment honor him each year for his contribution to the beautification of the city he loves.