BY ALYCE THOMPSON — The City of Hyattsville held two municipal elections in 2015, which brought three new or returning members onto the Hyattsville City Council. I sat down with each of them to learn a little more about their backgrounds, and to find out what one item they would take if stranded on a desert island.

I meet Ruth Ann Frazier at her cozy home in Ward 5. “Excuse the piles,” she says, referring to the dining room table; she has been catching up on city council reports so that she is up to speed for the next meeting.

Only eight days after her win in the Ward 5 special election (to fill the vacancy created by the June resignation of former councilmember Clay Williams), Frazier is eager to get back to work on issues facing the city. Her Hyattsville roots run deep, and her love for the city is evident. She has been a Hyattsville resident for over six decades, and three generations of her family live in the area. She plans to stay forever, having made arrangements at Gasch’s, she tells me with a straight face. Until then, she plans to be very busy. She is prepared to take on the challenge of city council again, having stepped down from a council seat in 2013. She declined to run again, at that time, but knew that she would run again when the position became available. In addition to her work on the city council, Frazier runs the Sonny Frazier Toy Drive, in honor of her late husband. The Toy Drive raises funds and collects donated toys through partnerships with the Fraternal Order of Police and local schools in order to make Christmas donations to local families in need. Her desert island luxury? A blessed rosary. 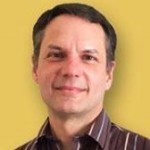 Tom Wright and I speak by phone. Wright, who ran unopposed, said he stepped up when no one else from Ward 3 signed up for the race, and he was worried that his ward would go unrepresented. He was initially concerned that the responsibility would be difficult to juggle, with his full-time job as the IT Director for the National Cathedral in DC; but, he reached out to former council members who allayed those concerns.

He brings that same thoughtful deliberation with him to city council meetings, as well. The most difficult part of the job, he says, is striking a fair balance between the wants and concerns of different residents on the many issues that come before the council, and the need to make decisions that move the city forward. To relax, he gardens with the National Cathedral’s head horticulturalist, Joe, who also happens to also be his husband. (Fun fact — Tom and Joe were the first same-sex couple to be married in the National Cathedral.) He loves the symphony (Tchaikovsky, Barber, and Strauss in particular), and is an avid home D-I-Y’er. He notes, with the modest caveat that he’s no cabinetmaker, that he built the cabinets in his kitchen. His desert island luxury? A beer to ease the pain of being stranded on a desert island.

I join Kevin Ward for dinner at Franklin’s. He’s there first; he prides himself on being on time, if not a minute early. He’s upfront about planning to eat “a lot of food,” but still offers to share the chicken wings he ordered as an appetizer. It wasn’t clear to me whether he already knew everyone in the restaurant, or if he simply treats everyone as an old friend. I presume it’s the latter, given the warm welcome he gave me when I met him earlier this year at a Summer Jam. He’s been in the D.C. region since 2006, by way of Dallas, TX (where he met his partner Chad at a Human Rights Campaign fundraiser) and New York City (where he went to business school).

They were drawn to Hyattsville because of the sense of community they felt whenever they visited, but it took them seven years to settle down here because they wanted new construction; they now live in the townhouses that flank Route 1, with their two adopted sons, Sydney, 16, and Norman, 8. Ward’s shoe collection, 400 pairs and counting, reside in storage in Brentwood. Unsurprisingly, the one-year Hyattsville resident didn’t waste any time getting involved. His motto, he said, is to put up or shut up. He believes it’s an exciting time for the city, with an opportunity to grow in a smart way. More than anything, he wants Hyattsville to have a centralized and vibrant downtown – with adequate parking. His desert island luxury? A straight razor shaving set.

Stabbing at Mall at Prince Georges

Magruder Park to get an organic makeover

There’s a new editor on your doorstep