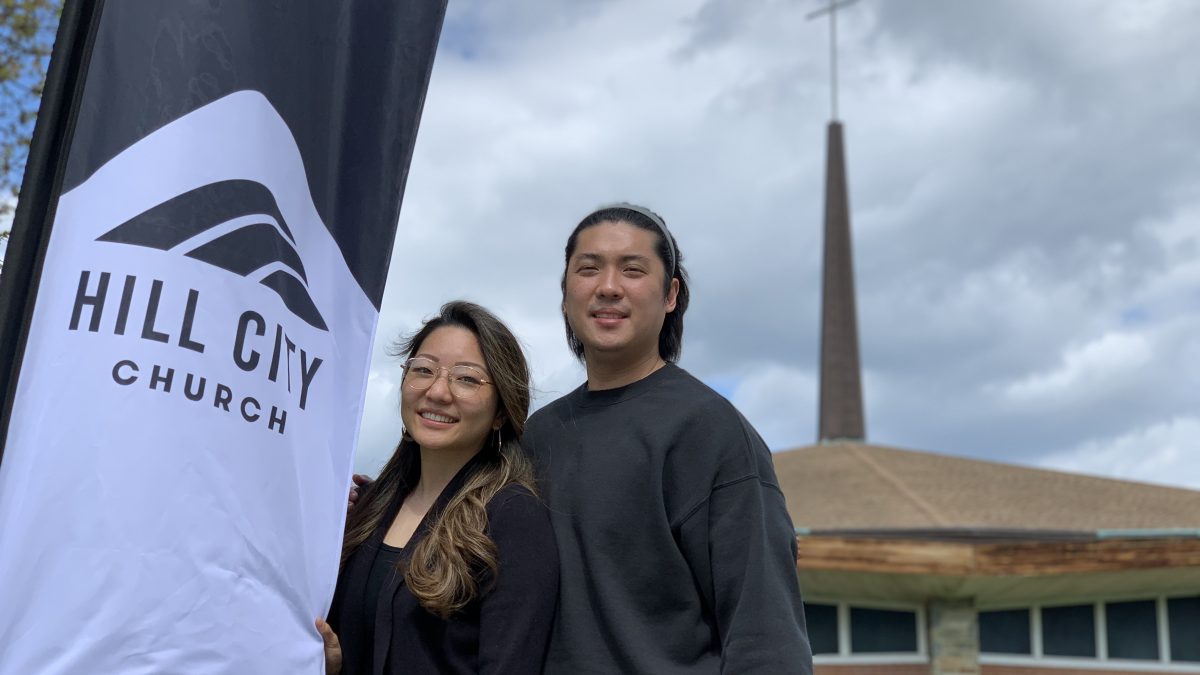 Hill City is not the first church Danny Chung has planted — but it is the first for which he is setting down roots and pastoring, himself. Church planting establishes a new congregation of worshippers, not necessarily a new building.

The fledgling congregation held its first public service on Easter Sunday in Berwyn Baptist’s sanctuary. The church had been set to launch in September 2020, but the pandemic forced Chung to postpone the opening.

In the meantime, about 30 congregants gathered virtually every other week and, occasionally, in person at Acredale Community Park, off of Metzerott Road. Those gatherings allowed them to bond as a community and foster a church culture.

“What we will do, up until June, is a series of stand-alone sermons that talk primarily on who is Christ, our identity in Christ, our calling as Christians,” Chung said. After June, the leadership team will start focusing on expositional preaching, telling the story of God by examining historical and grammatical contexts in the Bible.

Worship at Hill City will include both hymns and contemporary songs, and communion will be offered each Sunday, Chung said. And he isn’t working alone; Mark Kang serves as director of operations, and Justin Jung is a pastoral intern.

Chung said that he wants to reach the University of Maryland campus with Hill City’s ministry, since the university is “a huge kind of fortress” of people within College Park. More than that, though, he says he wants to be thorough and creative in reaching the city’s non-student population.

“For over a decade, you’ve seen growth in the overall populace because of livability, commuting, public transit — all that stuff,” Chung said, adding that his approach to ministry is multi-faceted. “We want to be intergenerational. We want to be multi-ethnic or multiracial.”

Chung is a second-generation Korean American who grew up in a Korean-majority Christian church in Gaithersburg. While working toward his master’s of divinity in Philadelphia, he attended and then was called to serve as a pastoral assistant in a predominantly Black congregation near Temple University.

“Being really a minority among minorities within the Black community really reshaped [for me] what it means to love people who have a different history, different tradition, different historical backdrop when it comes to even faith,” he said.

After four years in Philadelphia, Chung was called to help plant a church in Brooklyn. He and the lead planter spent a year planning that church, Epiphany Fellowship, before Chung moved to New York City, in the summer of 2015, to put the plan in motion. But he then moved back to Maryland in the beginning of 2016, after pastoral differences between the two prompted him to pursue a separate path.

By the end of 2016, Chung was an established member of the Well Community Church in Silver Spring, which he described as a “church-planting church.” He connected with the lead pastor, Matt Klinger, and became a pastoral assistant for a year and a half at the Well. Chung then began networking through official church-planting channels, and Hill City began to take shape.

Klingler said that his church uses its own funds from congregant donations to help support planted churches for three years, after which they are expected to become self-sufficient.

“In the beginning of a church plant, you know, your main costs are the pastor salary, renting the space for worship gatherings, using funds to bless and serve the community — those kinds of things — creating print material, running a website,” he said. Klinger noted that, with the aid, a planted church is considered autonomous from day one.

The Well also helped build the initial congregation at Hill City; of the church’s 30 pre-launch members, about half were transplants from the Well. According to Chung, the other half came from established churches in the area “to say, ‘Hey, we believe in what you’re doing. We want to be part of it. So how can we be part of this initiative to see that Hill City exists?’”

The last piece of Chung’s puzzle was landing on a location.

“We were just making cold calls throughout College Park, different churches, industrial spaces, schools, and the Lord provided an opportunity to really build a partnership with Berwyn Baptist where, yes, it’s a rental agreement, but it’s not just ‘hey, here’s a check. Let us use your space.’ It really is a kind of missional agreement to say, ‘the reason why we want to do this is because we believe that God has and will do something in College Park and bring revival to the city.’”

Sandy Kiernan, who is part of Berwyn Baptist’s leadership team, said that they tested Hill City’s doctrine before allowing the fledgling church to use the building. She added that having a new congregation in the area is ultimately a good thing.

“The whole point is to achieve salvation for all men,” Kiernan said. “If our congregants feel more confident going to the later service, that’s alright. They’re going to get the truth.”

Kiernan recalled how one Sunday, when she was finishing up some work after Berwyn Baptist’s service, she walked to the lobby to see Hill City’s banners.

“It was pretty neat. So with this agreement, we feel like they will be working together with us to serve the College Park community, to lead people to Christ and to give them a place to go for Bible interpretation and growth.”

Chung said that he’s glad for the connection. “What our biggest hope, our vision really, is to see revival in our lifetime. We want to see a city transformed through the gospel, and you can’t do that alone as a church.”

The history of College Park’s annexations

Local watershed do’s and don'ts, courtesy of the Girl Scouts

Trail attacker to be sentenced this month