On June 12, Mayor Kevin Ward was honored by Prince George’s County Pride (PGC Pride) with the group’s inaugural LGBTQ Excellence in Government Award. Ward was honored with the award at the organization’s Run, Walk, or Ride with Pride event. “Thank you, Mayor Ward, for serving as an inspiration and for helping uplift the LGTBQ+ community,” read a post on the City of Hyattsville’s Facebook page. 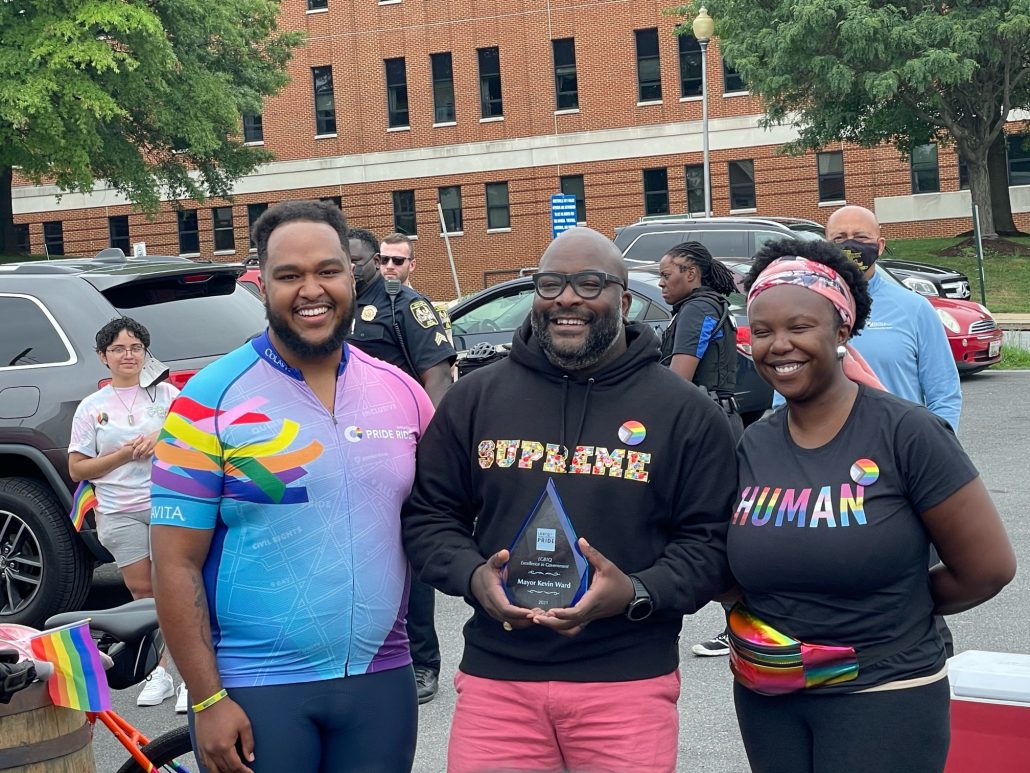 The Run, Walk, or Ride with Pride event was co-sponsored by several local politicians, as well as the group PG Change Makers Coalition. Participants gathered for a 5K along the trolley trail, with a mixer afterwards at Streetcar 82 Brewing Co. Many among the diverse crowd, which included adults, children and dogs, wore rainbow attire and had colorfully decorated bicycles.

Sgt. Calvin Charles, an officer with the Maryland-National Capital Park Police, and Casa Ruby, an organization providing social services and programs to the LGBTQ community, were also honored at the event.