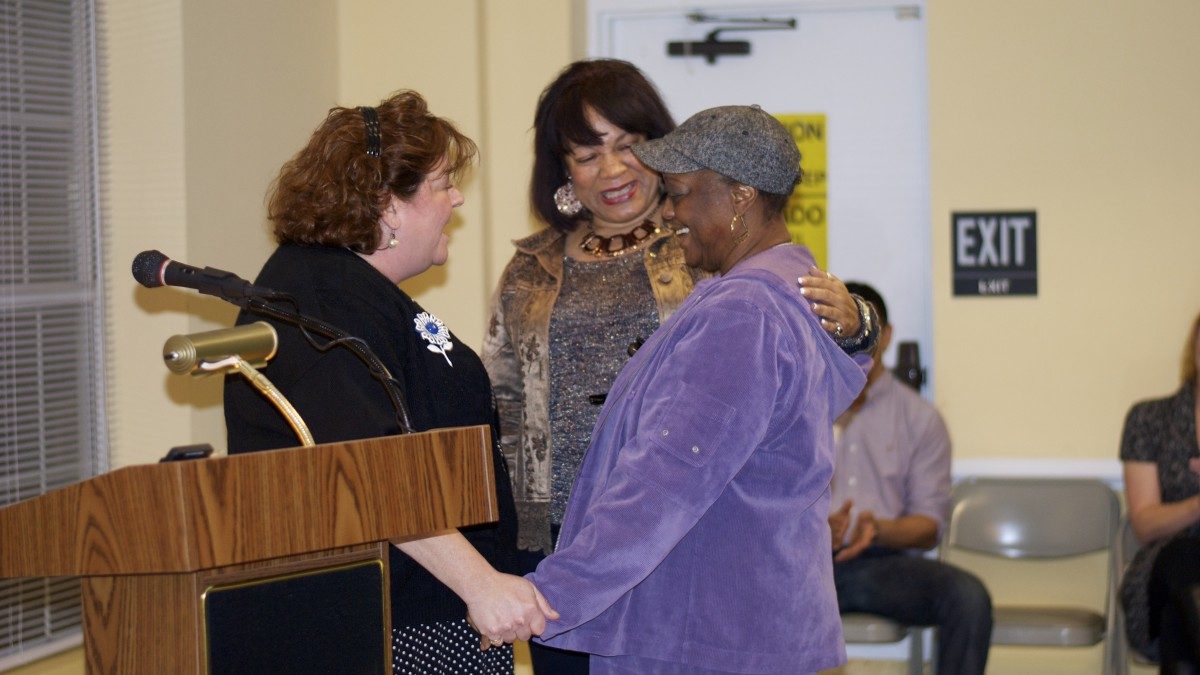 BY REBECCA BENNETT — The City of Hyattsville hosted a volunteer recognition banquet on Dec. 1. According to Community Services Manager Colleen Aistis, the Hyattsville Volunteer Service Award was created in 2006 to “honor resident volunteers who have provided an extraordinary level of service to our community.” Aistis said the city presents the award winner with an original work of art by a Hyattsville artist.


This year’s award winner was Mary Banks. The city presented Banks a painting called “Parked for Literacy” by Hyattsville resident and artist Eileen Cave. According to Aistis:

Since 2008 Mary has enthusiastically greeted student Volunteers from DeMatha Catholic High School on weekly visits throughout the school year.Utilizing board games and decks of cards student Volunteers engage seniors and residents with disabilities in conversation and friendship. She makes certain that student Volunteers are signed in, assigned a task and monitors their service. Mary ensures Volunteers remain in the common area of the building and work within the buddy system. She makes service enjoyable & productive!

The success of Coffee with Community Services is largely due to Mary Banks dedication to the betterment of our community; once a month over 25 residents of Friendship Arms meet to discuss issues facing residents. This highly successful program is directly connecting resources with our seniors and residents with disabilities.

In 2010 Mary stepped up to serve as the Team Captain for the Friendship Arms Wii Friends Video Bowling Team; sponsored by the National Senior League Wii Friends competes with teams across the country. In the off season Wii Friends meets twice a week to practice their bowling technique. Each Feb Wii Friends begins 7 weeks of conference play and up to 3 or 4 weeks of playoffs; student Volunteers serve as “coaches” to provide moral support & encouragement.