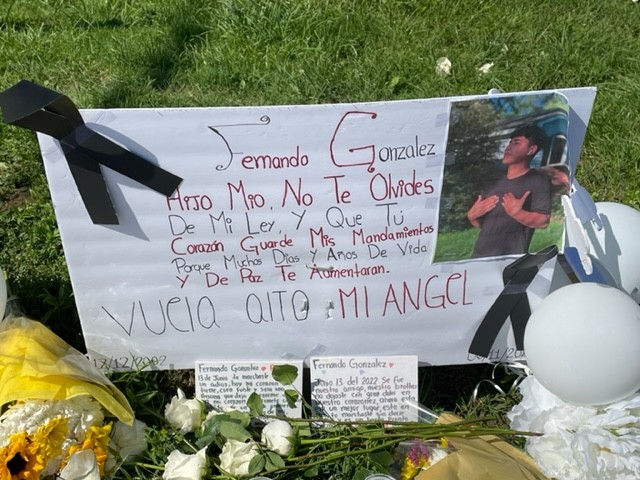 A handmade sign with a quote from Proverbs 3 decorates the site of the crash where a motorcyclist was killed. Courtesy of Mary Cook.
College Park

Prince George’s County Police say they are investigating a fatal motorcycle crash that occurred in College Park earlier this month on June 3.

According to the “PGPD News” blog, 19-year-old Fernando Gonzalez y Gonzales of Beltsville was traveling westbound on Cherry Hill Rd, near Park Drive, when a driver in a car made a U-turn into his path. Officers responded at about 8:45 pm. The car’s driver and passengers were not injured in the collision. They remained on the scene.

Gonzalez y Gonzales was taken to the hospital, where he died over a week later, on June 12. The site of the crash is decorated with flowers and handmade signs in Spanish, including Bible quotes and heartfelt messages.

Most county, local state elections to be decided July 19