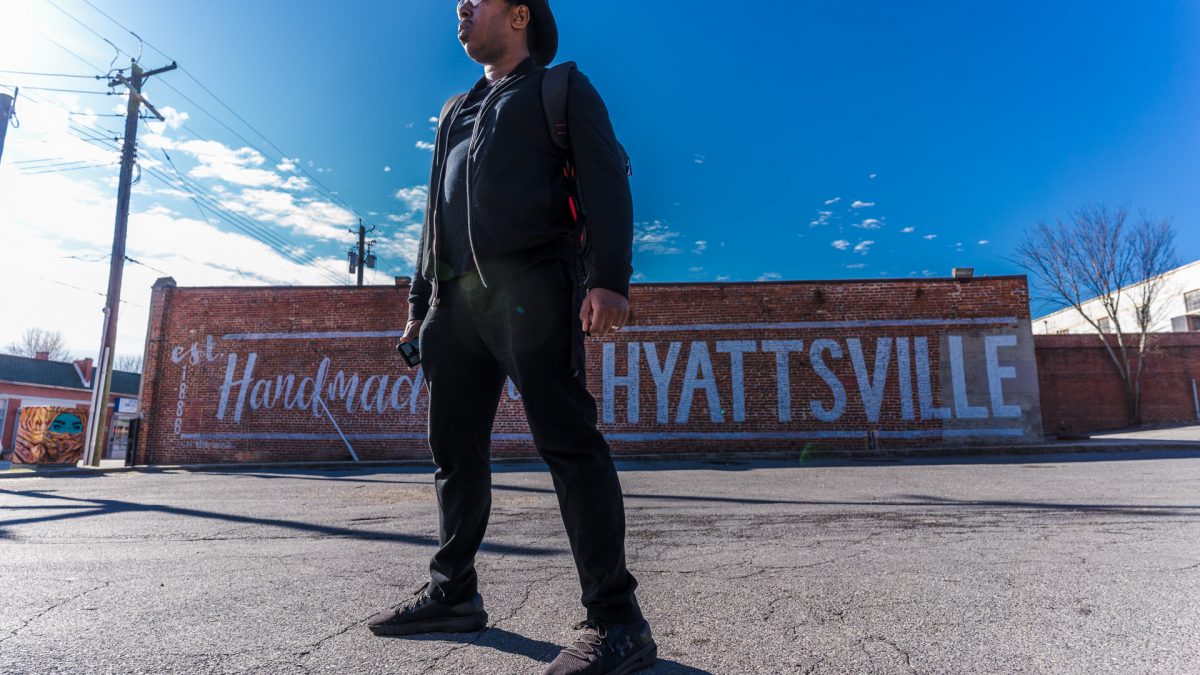 Gifted with a Fisher Price camera at 4 years old, Chris Creese went on to become a full-time photographer with a portfolio that includes The New York Times and Interscope Records.

The now 31-year-old grew up in Hyattsville, and cites the city’s proximity to the diversity of Washington, D.C., as a beneficial influence on his approach to the human aspect of photography.

“When it’s time for me to photograph a subject, or try to relate to whatever I’m photographing — it’s just that much easier for me to naturally step in and take an image,” he explained.

As a student at Northwestern High School (2004-2007), Creese spent most of his time hanging around the arts department. He took special interest in graphic design, video production and Japanese language and culture. With teacher Harumi Robertson Ozaki and about 40 other students, Creese took a special trip to Japan during his junior year.

Ozaki, who has known Creese since he was in sixth grade, spoke of his dedicated and kind nature. After graduating from Northwestern, Creese remained in contact with Ozaki and continued to help with the Manga Club, an afterschool program on Japanese comics that he had been a part of throughout high school.

Through this club, Creese spent time with his friend Harper Matsuyama, the daughter of Maryland Meadworks owner Ken Carter. By 2017, Creese had long since graduated from The Art Institute of Washington with the intention of becoming a videogame designer. Then Carter’s daughter brought him in to direct a Kickstarter video to help the Carters gain traction with financial donors to start their family business.

“I wanted it to be a little bit campy,” Carter said.

They collaborated on the creative direction of the video to showcase the historical ties between mead and the Vikings, while adding a personal touch that went beyond a traditional stiff introduction from the business owner. This meant delving into costumes and scene-setting and hiring a professional voice actress and a singer.

“It was fun to work with [Creese],” Carter said. “If he hadn’t moved to Seattle, … I would be collaborating with him still. He’s super, super talented. I mean, he’s got an eye.”

Creese moved on from Seattle to Tulsa, Okla. By 2020, the Hyattsville native had some heavyweight clients under his belt, including NBC, National Geographic and CBS.

In June of last year, The New York Times hired him to photograph the Black Lives Matter (BLM) rallies in Tulsa, a city mired by a history of violence and racism toward its Black community.

The BLM movement gained momentum as rallies surged throughout the country in the summer of 2020 when demands for racial justice grew with the death of George Floyd on May 25.

During that tumultuous time in the nation, Creese photographed the muraled streets of Tulsa for the city’s celebration of Juneteenth, a day that commemorates the emancipation of slavery in the U.S.

“The way my photography and my filmmaking career goes is that I can use it as a way to tell different stories from a different perspective than what might be mainstream,” Creese said. “And in doing so, I can help my community by telling their stories honestly.”

Maristela Romero is an intern with the Hyattsville Life & Times.

Women’s March brings neighbors together in fight against discrimination

Streetcar Suburbs Publishing, 2 years ago 1 min read
From the Editor