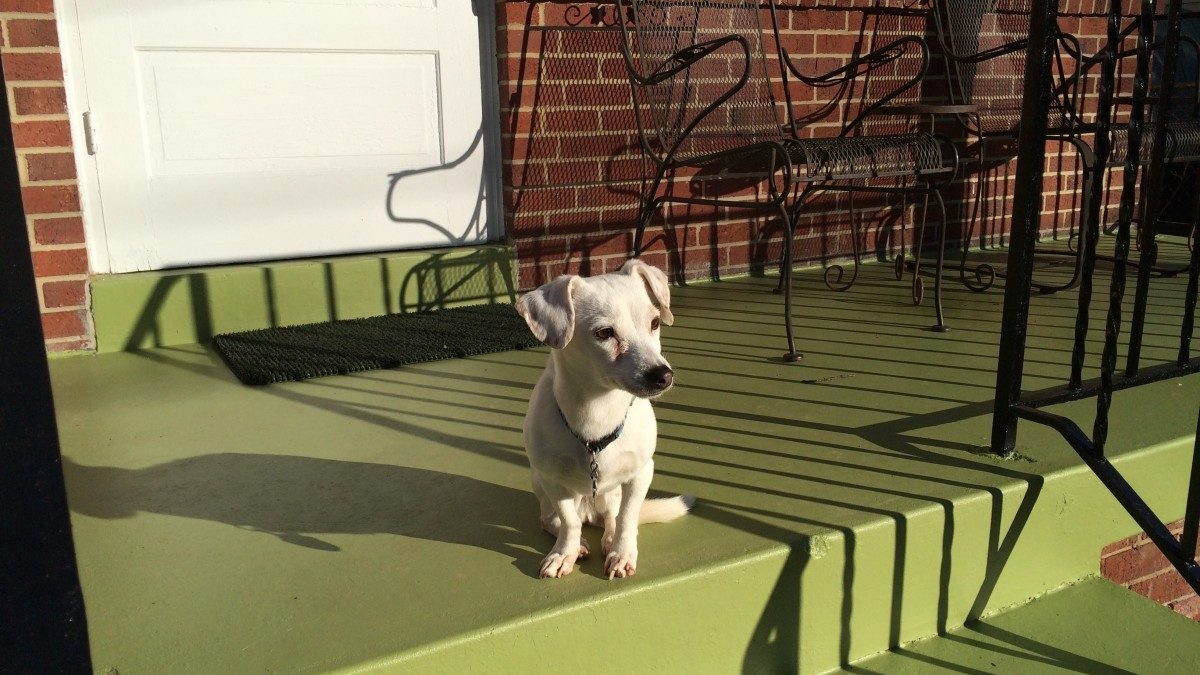 BY CAROLINE SELLE — When Joanne Kirsch asked participants on a local listserv to report experiences with loose dogs in the Arts District, she received details on 10 attacks, 17 incidents of threatening behavior, 11 accounts of dogs that were loose but not aggressive, and two descriptions of encounters where dogs were loose and unaggressive but still caused injury. One woman, Kirsch said, fell and broke her shoulder after a loose dog approached her and she became tangled in her dog’s leash.

“It was a common enough occurrence it was worth pursuing,” Kirsch told the attendees of the January 27 Loose Aggressive Dog Forum. Kirsch organizes the Gateway Dog Club, which sponsored the event along with the Hyattsville Community Development Corporation (CDC). Speakers included Joseph Mattingly, the Field Supervisor for the Prince George’s County Animal Control Office (and the City of Hyattsville’s former and last Animal Control Officer), Sgt. Mike Rudinski of the Hyattsville City Police Department (HCPD), and Laura Costas of 1 on 1 Dog Training.

Residents expressed their frustrations both with loose dogs and officials’ inability to rectify the issue.

“When I’m afraid to walk in my own street … then all of a sudden my feeling about living here really changes,” said Nancy Meyer.

The speakers also gave attendees suggestions on how to deal with aggressive canines.

Based on his thirty plus years of experience in animal control, Mattingly said his best advice is to stay calm. “Always carry something in your hand,” he said. “Your umbrella, or your briefcase. It can be sacrificed instead of part of your body.”

According to Costas, “There really isn’t a magic bullet. If a dog wants to hurt someone, it will … before you get to think about it or react, it’s done.” But the good news, she said, is that bites aren’t the most common scenario.

More than one loose dog intensifies a situation, she said, and anyone calling animal control should make sure to note the number of dogs involved, as well as any specific markings or tags, and the animals’ location.

Speakers told residents that there are several ways to report a loose animal, including calling animal control, 911 for emergencies, or and 311 for non-emergency situations.

Attendees learned that the city does not currently have an animal control officer, though Hyattsville code allows for the reappointment of one. The city’s code doesn’t clearly state what can be enforced, said Sgt. Rudinski, and though HCPD officers can enforce county law, they’re not experts all sections of the code.

Under the Hyattsville city code, animals can only be considered a public nuisance if they participate in “excessive, continuous or untimely barking, howling or making of other noises, molesting passersby, chasing vehicles, habitually attacking other domestic animals …” according to section 52-2.

“So it’s very difficult for us sometimes to enforce these things,” said Sgt. Rudinski. What exactly does ‘habitually’ mean? “Generally,” he said, “we defer to animal control.”

The county is too swamped to respond quickly to most calls, Mattingly said, because there are only one or two animal control officers on duty on a given shift. When residents are cited for violations, animal cases go before the Animal Control Commission. According to the county’s website, the Animal Control Commission “conducts public hearings to determine whether violations have occurred and recommends changes in the law regarding the control of animals.”

But few people know the process. “Until today,” Sgt. Rudinski said, “I had no knowledge there was an animal court.”

“The burden is on you guys to speak to your elected officials,” Mattingly said. “Get an animal control officer reinstated [in the City of Hyattsville]. The key thing is first response. … You don’t need to rewrite the law. You need someone to respond in a timely fashion.

After the meeting, Kirsch created an email list to continue the conversation. The list is accessible at https://groups.yahoo.com/groups/gatewaypgcoloosedogforum/