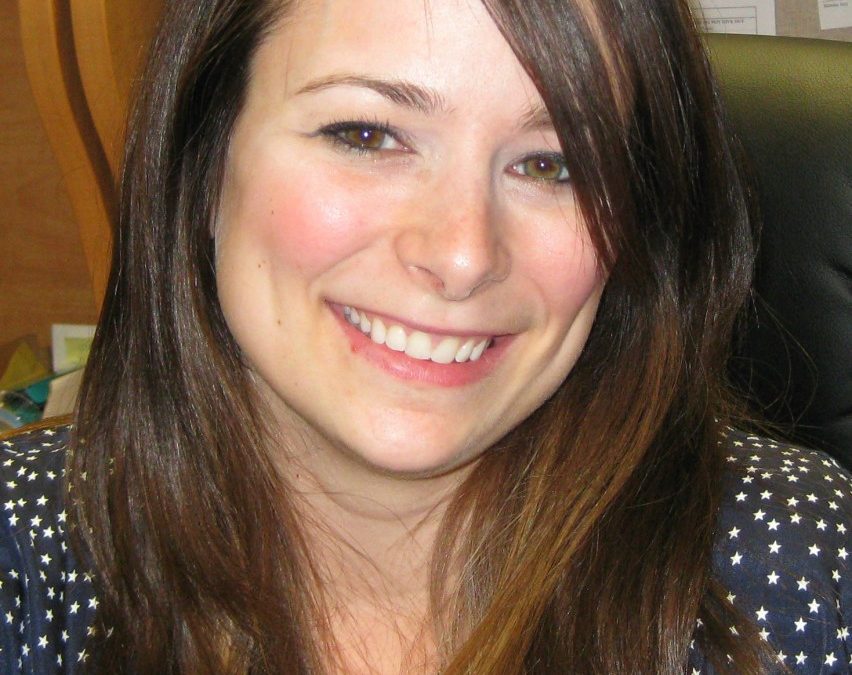 BY ROSANNA LANDIS WEAVER — If you apply for a permit to hold a yard sale to get rid of your holiday excess, or a permit to host a block party this summer, you will have the opportunity to meet the City of Hyattsville’s newest staff member: City Clerk Laura Reams.

“We’re pleased we have identified a city resident with the skills necessary to help the city move forward,” said Mayor Marc Tartaro, who has said he prefers to fill staff vacancies with locals when possible. “The clerk is a key position, and Laura is a great addition to the team.”

Reams, who started December 10, is excited about the job, and her enthusiasm for the town she has lived in for two years is contagious.

“I love it here. I’ve always loved the character of the town and the good sense of community,”  she said.

Reams grew up in Silver Spring and attended University of Maryland, but began to spend more time here when she began dating her now-husband, Dustin Franco. Franco grew up here, and his parents still live on Longfellow Street. He and Reams live nearby with their two children, both under age 4.

Before taking the job, which had been open since April, she worked in Rockville at Standard & Poor’s Capital IQ where she worked her way up from office manager to business analyst.  When she heard about the city clerk position in Hyattsville she thought it sounded like “a great opportunity” and one that matched her background in organizational and project management.

The city clerk’s job, after all, is very much about the importance of details. Reams serves as the keeper of the city records and administrator of city contracts, as well as working to run the daily operations of the city efficiently and accurately. Another key responsibility will be managing the upcoming city election in May, which she will do in coordination with the five-member election board.

Reams says what she likes best about the job so far is the sense of teamwork she has found at City Hall: “Everyone is gracious and welcoming.” She concedes that not spending hours of her life on I-495 and I-270 is also a plus.

One thing she appreciates about life in Hyattsville is “the high level of engagement.  It makes you want to get more involved and see what you can do to support the community.”

For her part, Reams is active on the HNMoms listserv, which she describes as another benefit of living here, as well as the Hyatt Park Community Garden. Soon after she moved to town, she saw mention of the garden on another local listserv and knew it was something she wanted to be part of.

She recalls walking into the information session, picking up an application and checking several boxes in the “How do you want to be involved?” category.  She has been plot manager of the Hamilton Street garden ever since, keeping track of the 30 plots as well as the waiting list for them. It’s a big effort, she says, but also a wonderful way to get to know many people in town.

“We put a lot of effort into maintaining standards,” she notes, “We want the neighbors to look out their windows and say, ‘That is something nice to look at.’”

This year she grew tomatoes, basil, parsley and peas in her patch in the garden. But the sense of community that grows there is without a doubt her favorite crop.

Resident celebrates first Independence Day as a US citizen