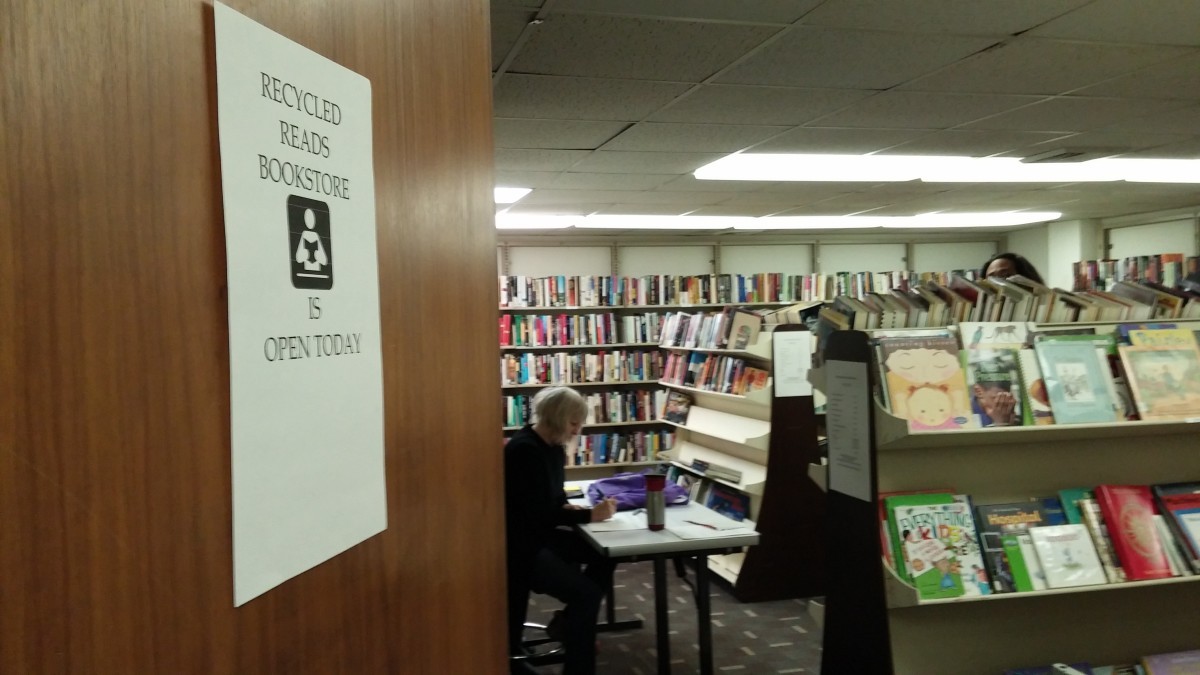 BY REBECCA BENNETT — Approximately nine months ago, the Friends of the Hyattsville Branch (FHB) sent out a notice that the organization would fold unless more people got involved. Local residents answered the call, and new officers were elected last summer.

FHB held a meeting on Feb. 24 to update the public on where the organization stands, including status of its bookstore, annual book sale and other programs.

While the organization has approximately $10,400 in the bank, according to Treasurer Mosi Harrington, the projected spending for this year is $5,440. The bookstore, which she said is the group’s main source of income, only brought in $1,400 in the past six months.

Harrington said FHB has recently spent funds on the library’s independent film series, a performer for the kids Eurofest workshop, the Manga Anime Club, a Spanish heritage celebration, craft and STEM support, and a keyboard for the kids program, among other items.

FHB President Missy Pearson said she shut down the bookstore in February to clean and reorganize it. The bookstore, now named “Recycled Reads,” reopened March 2, but Pearson said an open house will be held when new signs are mounted.

Volunteers spent a lot of time cleaning the shelves, putting the books in the right categories, recycling and processing new books, she said.

The biggest item the group accomplished, Pearson said, was reorganizing the store down to one room so that volunteers can use the second room for sorting and storage.

According to Pearson, three dedicated volunteers had kept the store running for 10 years, but they needed help for what had become a monumental project.

The bookstore will now only be open on a limited basis, Pearson said, meaning whenever a volunteer is available to staff it and accept money. “We are not depending on the lock box anymore,” she said, referring to the previous policy of using the honor system.

Bookstore volunteer shifts are 2.5 hours. The group is looking for five to six more volunteers to fill the roster, according to Pearson.

The Hyattsville Branch Library is in queue to be rebuilt soon, which puts the future of the bookstore into question. On Feb. 24, Prince George’s County Memorial Library System (PGCMLS) Area Manager Cathy Hollerbach said the tentative timeline is to close the Hyattsville Branch in 15 months, depending on the budget and permit processes, followed by 18 months of construction.

At previous public meetings, PGCMLS officials have said the new bookstore would have limited space in the vending cafe area, but Hollerbach said that the interior plan has not yet been finalized. FHB members asked Hollerbach to lobby for a bigger space for the bookstore.

“I feel better now that we have a group working on the bookstore,” Hollarbach said, citing the long period the Friends group was in limbo.

Rebecca Bennett is a member of the Friends of the Hyattsville Branch.