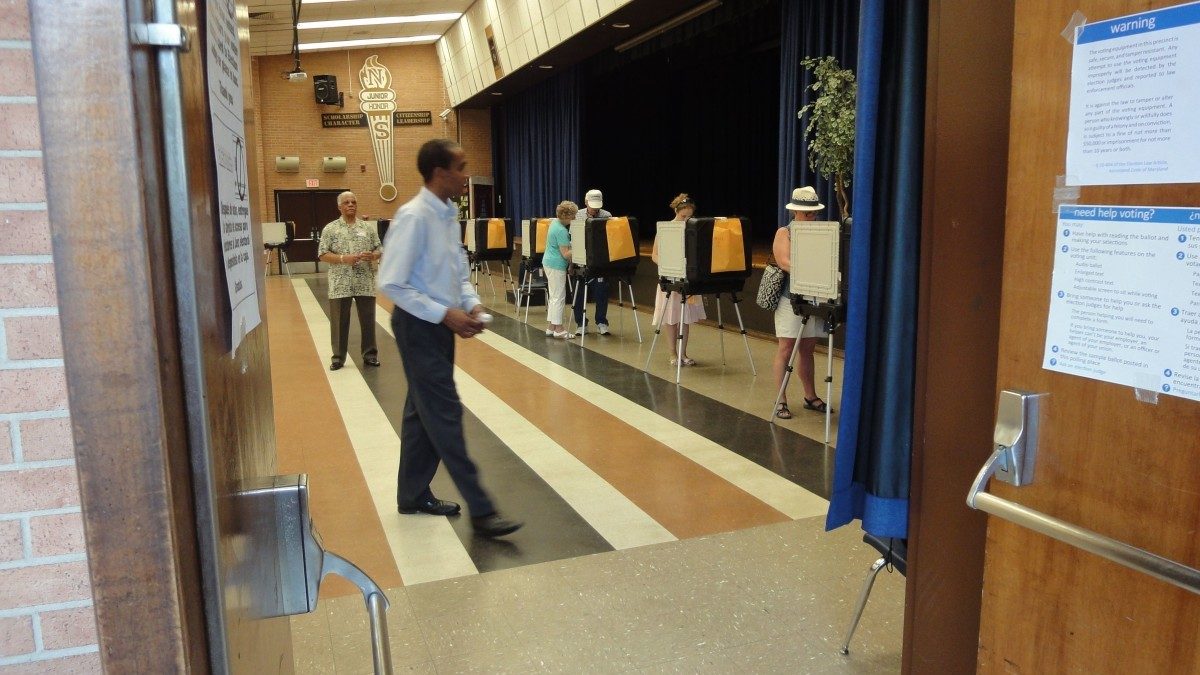 Lawyer for Niemann says “We just want to get it right.”

According to the Washington Post, the Prince George’s County Board of Elections received a petition for a recount late Thursday in the race between Doyle Niemann and Deni Taveras for the District 2 County Council seat.  By law, the recount has to be conducted within 2 days, which brought the Board of Elections, staff, and legal counsel for both candidates in early Saturday morning.

Niemann, a Maryland state delegate, requested a recount of only the full and in-part provisional ballots cast during the primary election.  The hourly fee for the recount was paid for by Niemann himself.

Provisional ballots are given when there is some question as to a voter’s eligibility, such as if a voter moved and did not update their address.  Ballots are accepted “in part” when it is determined a voter who provisionally voted would have filled out a different ballot based on their location.

The Board of Elections first did a manual recount of the provisional ballots that were accepted in full. All of the votes recounted today had been previously counted by a scanner.

The “tally team” made up of members of the board counted the votes together.  A representative of the board held the votes out so a “judge” could call out if the vote was for Taveras, Niemann, or that no vote should be recorded.

On either side of the caller sat a Republican board member and a Democratic board member, both keeping individual counts of the votes that had to match up. But, almost everyone in the room was keeping their own tally.

After the first few precincts were recounted, there was some confusion about how many ballots had been counted thus far.

The board representative called for a restart, saying, “We have to be dead on.”

After each precinct was counted, the Republican and Democratic talliers called out their totals.  “Five (Niemann).  Nine (Taveras).  Three (no vote),” one called out.

“Five. Nine. Three,” the other echoed after the fifth precinct.

At the end of the recount of full provisional ballots, one of the onlookers thought Taveras’ tally was only 36.  Everyone else had 37.  But, the recount had to be done again until all parties agreed.

Next, the Board of Elections recounted the votes in District 2 that were accepted “in part” and scanned.

When all the votes were counted, Taveras had 49 provisional votes, Niemann had 25 votes, and there were 32 votes that were no-votes for various reasons.  A “no vote” could mean that the ballot was submitted by a Republican or an Independent, but this is a Democratic race.  It could also indicate a voter that was deemed ineligible to vote in the county District 2 race based on location.

A representative of the Board of Elections confirmed that the manual recount matched the totals given by the scanner.

As the recount of in-part provisionals started, Niemann brought up a letter his campaign had sent to the board about their challenge to this whole set of votes.  The board sat down with both sides after the recount to hear arguments about the challenge.

According to Niemann and his lawyer, Jonathon Shurberg, they were specifically challenging the in-part provisional votes that were not counted.  They said they had reason to believe there was a process error when transcribing votes.

Provisional ballots are filled out by hand when there is a question of a voter’s eligibility.  The Board of Canvassers sits down with all the absentee and provisional ballots over a period of two weeks and decides which votes are accepted in full or in part.  The provisional ballots for this primary election were canvassed on July 2.  When a vote is accepted, it is transcribed onto a sheet that can then be scanned.

Niemann said they were concerned that canvassers were using the voter’s last registered precinct as a means of determining the eligibility of the vote. He said the votes should be valid based on a voter’s current residence, and that it’s possible that some of the 23 provisionals accepted in-part were improperly dismissed for his race.

The representative for the Board of Elections prefaced the  challenge discussion by saying that both parties and watchers of the original provisional vote count were reminded several times how to challenge whether or not a specific vote was accepted.

“That did not happen,” he said.

Niemann’s lawyer said that the process was presented as a done deal.  They did not really get to look at the ballots until later.

“We never had the opportunity to see if the proper process was followed,” Niemann said.  He said a number of cases indicated the wrong ballot was used when transferring votes to be scanned.

“We have reason to believe it wasn’t done correctly.”

Shurberg went on to say there was a rush to separate the ballots from the address-containing envelopes for necessary privacy purposes.  But, they are concerned that ballots that should have counted were not counted.

“We just want to get it right,” he said.

Dana Lindenbaum, legal council for Taveras, argued the petition filed by the Niemann campaign was only for a manual recount of the ballots, which had been satisfied.  She said said it’s important to make sure the process is followed, but that this was not the time for this type of challenge.

Lindenbaum went on to say that they all stood behind the canvassers during the provisional canvass.  She said the addresses and ballots were laid out on the table, and all the information was in plain sight, adding Niemann and counsel could have asked for a pause at any moment to get a closer look.

One of the members of the Board of Elections commented that they already do a lot to accommodate voters, and that poor planning on the part of voters does not mean an emergency on the board’s part.  Provisional ballots are most often used when a voter has not updated their address with the Board of Elections.

Niemann replied that there is no deadline for a change of address in Maryland and that the law says you can show up the day-of and sill vote.  He said that those votes still have to be counted.

Lindenbaum alleged that Niemann’s challenge was based on the fact that “someone” said the ballot version was based on voter registration during the original canvass.  “Who said that?” she asked, stating that they could have heard false information from someone who was not an authority of the matter.

She went on to argue that this would hold up a determination in this race.  She said the law has set limitations for this reason.

Niemann said that they just wanted to look at the voided votes to determine if further action was necessary on his part.  He said that if his recourse was to file a lawsuit, that pending court action would further delay a final determination.  He went on to say letting them look at the envelopes would save everyone time and trouble.

Taveras’ lawyer said they were fine with that, so long as the recount was deemed completed.

Niemann agreed, citing that even if his challenge was correct, it would have to be settled in court anyway.

Lawyer for Niemann says "We just want to get it right."

Hyattsville Life and Times, 5 years ago 1 min read
From the Editor

Magic in the air