After 40 years in the works, Konterra’s town center will soon see its first buildings rise, as a new development phase gets underway early next year. 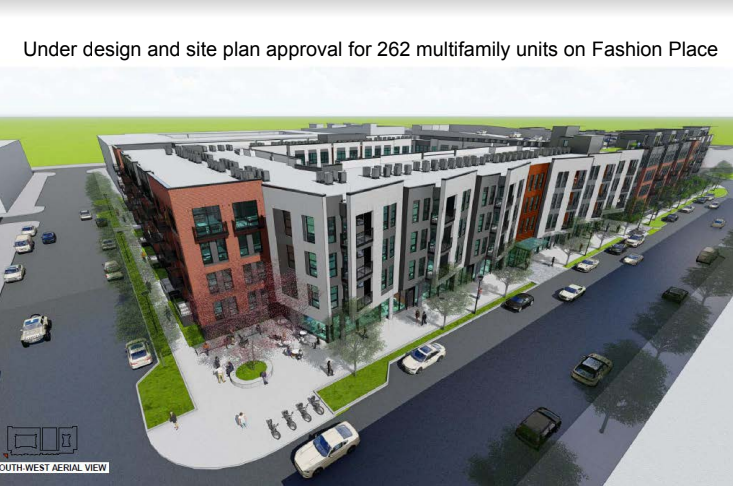 Konterra is a 2,200-acre mini-city planned for open land just south of Laurel on a parcel reclaimed from sand and gravel mining. The bulk of the property was purchased by the Gould family of North Laurel, in 1981.

Caleb Gould, the family’s lead on the development, said they envision a town center that will resemble those of Columbia, Reston and National Harbor, with a dense mixture of homes, businesses, offices and recreation attractions.

In 1985, the Prince George’s County government  approved mixed-use zoning for 403 acres of land east of Interstate 95 (I-95) and bounded on the north by Konterra Drive. The zoning allows for construction of up to 4,500 dwelling units —  about half the number of homes currently existing in the city of Laurel — and 5.9 million square feet of commercial space.

The Gould family has already developed portions of Konterra around the proposed town center. These developments include the Villages at Wellington, Wilshire and Bentley Park housing complexes, and the Konterra Business Campus along Route 1 south of Muirkirk Road. 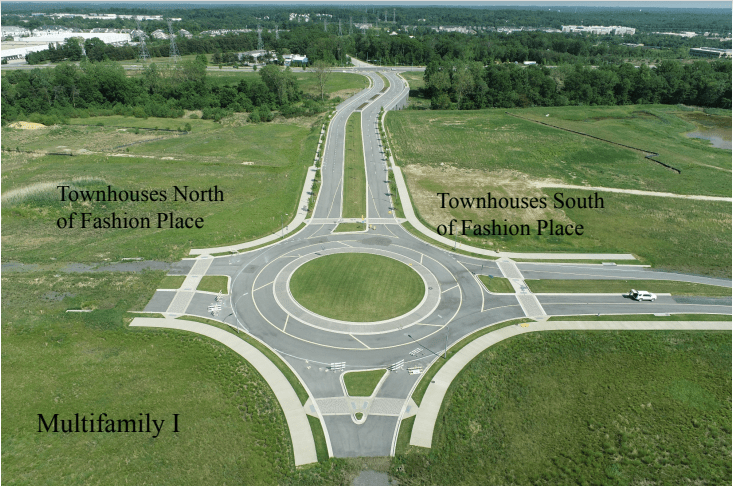 “We now feel the time is right to move deeper into the town center,” said  Andre Gingles, the Goulds’ development attorney, at a public briefing on May 18. The virtual briefing was hosted by Prince George’s County Councilmember Tom Dernoga (District 1).

Gingles explained that the initial construction phase would site 262 apartments and 219 townhouses on 21 acres on the east side of the property, near Konterra Drive and north of Route 200 (the Intercounty Connector/ICC). He said the price range for the homes had not been established.

“Our long-term goal is to build the highest quality the market allows, and I think we have a track record of doing that,” he said.

Gingles said the town houses and apartments would be followed in late 2023 or early 2024 by construction of an adjoining 40-acre entertainment district, which would border I-95.

“We’re very hopeful that we will land a high-end grocer,” Gingles added.

Attendees  at the briefing asked about potential impacts to traffic in the area. Gingles said the Gould family had already established new roads, including Konterra Drive, designed to handle the projected traffic increase for the full build-out of Konterra. The land is served by two major highways: I-95 and the ICC.

Gould said his family wanted to include Laurel businesses in Konterra’s development plans, as well as artists who could provide public art. (Interested persons can contact Gingles at andre@ginglesllc.com.) He said that the Gould family viewed Konterra as a complement to the city of Laurel, such that both could benefit from each other’s growth.

Gingles stated that Konterra would be completed over the course of years.

“Typically, a project this size will take 15 or 20 years to fully build out,” he noted.

The founder of Konterra, Kingdon Gould Jr. (Caleb Gould’s father), purchased the land in the early ‘80s and spent most of the next four decades leading Konterra’s planning and overseeing early construction phases. He died in 2018.

Kingdon Gould, who served as U.S. ambassador to the Netherlands and Luxembourg in the late 1960s and ‘70s,  had broad experience as a developer in the District. He came by his expertise honestly;  his great-grandfather was Jay Gould, a 19th century railroad magnate and financial speculator who was, during his lifetime, among the richest men in the nation.

Kingdon Gould once observed that being able to purchase more than 2,000 acres of open land at the center of the Baltimore-Washington region – essentially a blank canvas in the middle of one of this nation’s most populous and educated metropolitan areas – presented a rare opportunity. That opportunity now rests with his children to fulfill.

History of the Trolley Trail

New memorial at St. Mary of the Mills honors slaves

From Where I Stand: We must all do more to stop gun violence