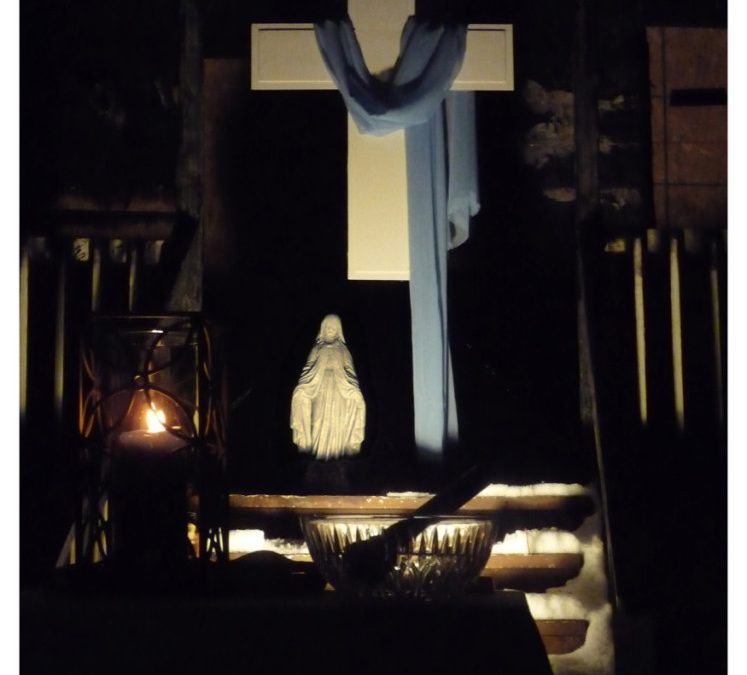 BY SUSIE CURRIE — In the aftermath of a fire that claimed the lives of two sisters and destroyed the family home, neighbors and businesses have come together to help pick up the pieces.

The pre-dawn blaze started on the first floor and quickly engulfed the bungalow, in the 4700 block of 40th Avenue. Parents Marcos Zelaya and Ena Hernandez managed to escape, along with 4-year-old Maria and 13-year-old Melani. But Melani’s twin, Kelli, and their 9-year-old sister, Kimberly, were unconscious when firefighters pulled them from the building.

Neighbors awakened to the sounds of screams and sirens as 10 fire trucks and at least as many emergency, rescue and police vehicles lined the street for blocks. Many  watched from porches and backyards as firefighters swarmed the home, extinguishing the blaze and throwing furnishings from a second-story window.

Cynthia Verdow lives across the street. She had woken up at around 3:30 a.m. and gone outside for a cigarette when she noticed an orange glow behind one of the front windows. Then she heard Kimberly screaming for her father.

She went back inside to call 911, the first of six neighbors to do so. On the tape, she is heard urging the parents not to go back in the house, amid wails and screams.

“By the time I got back on the porch, both windows were orange, ” she recalled later. “The parents had gone out the back way, and I saw them loop back around to the front. I could hear Marcos shouting for help. By that time both windows were gone.

“I saw them bring Kimberly out, and I knew she wasn’t with us anymore.”

Later that day, more than 50 people gathered at a nearby home to organize help with, among other things, transportation, child care, housing, and securing and coordinating donations of food, clothes and money.

The Hyattsville Community Development Corporation established a fund for tax-deductible donations for the family. A couple around the corner adopted the family dog, Pumpkin. Next-door neighbors drove family members back and forth to the Baltimore hospital and assisted with funeral arrangements. Dozens of local residents turned out the following Saturday to tidy the property, filling several bags with debris.

Sgt. Suzie Johnson, a Hyattsville police officer, used to live next door to the house; her husband, Steve, grew up in it. She remembers celebrating many Thanksgiving and Christmases there. Her daughter was a classmate of Kelli’s, and she herself “knew all the girls through my work with the schools.”

Johnson has turned her office into a temporary storage unit for the steady stream of donated furnishings.

“My office is full of stuff for when they get an apartment,” she said. “People have been coming by to drop off TVs, dishes, blankets, pots and pans.”

As the news of the tragedy spread, several memorial events were planned. During an evening assembly at Hyattsville Elementary School on January 28, Kimberly’s teacher, Meg Nemeth, read aloud from the girl’s classroom journal.

“Dear Mom and Dad,” began a letter she wrote for a September assignment. “I always think about you like every day because I love you … I will never sopt loveing [sic] you.”

On Saturday, January 29 – which would have been Kimberly’s 10th birthday – there were candlelight vigils both at Magruder Park, arranged by school parents, and in front of the house, organized by neighbors.

Rev. Tom Malionek, an Episcopal priest who lives a block away, led a prayer service that included blessing the house and grounds with holy water. Luminarias lined the snow along the sidewalk as about 75 people filled the blocked-off street, holding  candles. The crowd included neighbors, school parents, police officers and firefighters, as well as the former residents of the house.

Barb Bancroft, an artist who lives across the street, had crafted a cross out of white foam core; draped in blue and spotlighted, it formed the focal point of the ceremony. Next to it stood a statue of the Madonna that other neighbors had donated to replace the one in the yard that was, like everything else, destroyed in the fire.

Later that night was the first of two public viewings at St. Matthew’s Episcopal Church, on Nicholson Street. Held from 8 p.m. to midnight on January 29 and 30, they drew a total of about 2,500 mourners, according to Shaun Reid, family services director at Cedar Hill Funeral Home.

Mourners went back and forth between the sanctuary, where people filed in a slow line past twin white open caskets, and the fellowship hall, where a long buffet line was set up near several round tables. Many in the crowd were wearing white T-shirts emblazoned with photos of the girls and the legend “Kimberly & Kelli: Siempre Estaran en Nuestros Corazones. Always in Our Hearts.”

A funeral Mass was celebrated on January 31 at St. Ambrose Catholic Church in Cheverly, followed by interment at Gate of Heaven cemetery in Silver Spring. Under a white-gray sky, mourners sang Spanish hymns at the gravesite before the caskets were lowered.

The Hyattsville Community Development Corporation has established a fund for tax-deductible donations for the Zelaya-Hernandez family. At press time, $28,000 had been collected, about a quarter of what organizers hope to raise. CDC Executive Director Stuart Eisenberg said that donations have come from people in 20 states, including Alaska. One card, written in a child’s script, contained two gift cards the sender had received for Hanukkah.

Local restaurants have responded, as well. Outback Steakhouse and Franklins have designated days to donate a percentage of receipts to the Zelaya-Hernandez fund. A collection jar by the door of Rhode Island Reds has brought in over $1,000 so far.

In addition, a classical music concert on February 14 at St. Matthew’s Episcopal Church will benefit the fund.

Northwestern High School opened its doors for a benefit concert by the Colours dance troupe on January 29; plans are underway for more memorial fundraisers at the school. For the Colours performance, Alley Cat Towing plowed part of the school parking lot for free and donated to the fund afterwards.

“If tragedy has to strike you,” said Gloria Felix-Thompson, treasurer of the CDC, “it should strike you in Hyattsville. This community is absolutely amazing.”

Currently, the family is staying with cousins in Langley Park, but neighbors are looking for more permanent housing for them. They also need a car and monetary donations; clothing and nonperishable food are no longer being accepted.

Tax-deductible donations for the family can be sent via Paypal through the www.hyattsvillecdc.org website. Checks may be sent to 5004 42nd Avenue, Hyattsville, MD 20781. Write Zelaya Family Relief Fund on the memo line and make the check out to Hyattsville CDC. 301.779.1426.