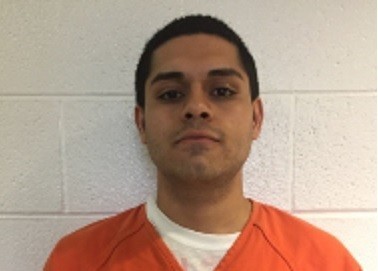 BY REBECCA BENNETT — According to the Hyattsville City Police Department, 21-year-old Oscar Gurdian attempted to rob the Macy’s at the Mall at Prince Georges after midnight on March 12. Gurdian is from the 5500 block of Nicholson Street in Riverdale.

Officers who responded to the burglary alarm said Dino, Hyattsville Police’s K-9, helped locate the suspect hiding in a stock room. The suspect surrendered without incident, according to police.

Authorities say the investigation reveals Gurdian was attempting to steal more than $25,000 worth of jewelry. The glass on the jewelry cases was broken, according to police, and jewelry was missing. They also say they found a hammer at the scene with a trail of blood leading to the stock room where Gurdian was hiding. Police say they recovered recovered jewelry from suspect’s pockets and his hands were bleeding.

Gurdian has been charged with second degree burglary, malicious destruction of property, and theft of more than $10,000, court records show.

His preliminary hearing date is set for April 6 in at the Upper Marlboro courthouse.