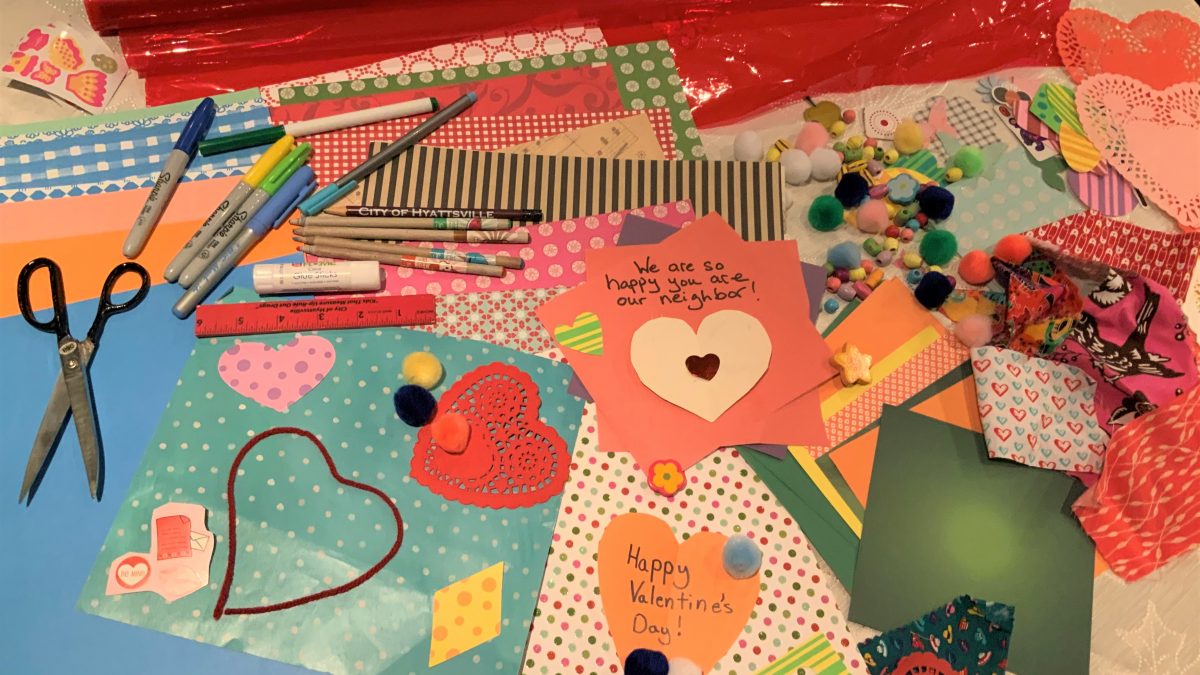 This pandemic is a hard time for everyone, especially the elderly. Though it is no longer appropriate for younger people to spend time in person with older people outside their households, that doesn’t mean we can’t have contact with them at all.  Hyattsville Aging in Place (HAP), a membership based non-profit, helps the elderly, and helps that contact happen.

Lisa Walker, Chair of the Board of Directors for HAP, says, “I think this is possible; just seeing who you can see who you don’t know, can help.” She emphasizes the fact that we all can make it possible; a friendly face and a kind hello can do a lot.

Before the pandemic, HAP had in-person orientations, activities, and chats between kids and the elderly, but now those are not an option. However, as always, children can do outdoor work for the elderly—yard work, shoveling snow, and so on. If their parents are HAP volunteers, kids can even help them.

During the pandemic, thanks to a grant of $25,000, Hyattsville (HAP) has given out more than 200 gift cards and made contributions to food pantries and Route One Mask Match. HAP also provided direct aid to seniors in need, such as rides to medical appointments and care packages.

Walker shared that starting soon, HAP will have monthly zoom sessions about topics appealing to the broader community, including Black History Month, birds, and Shakespeare.

This year, in place of HAP’s usual Valentine’s Day event, Girl Scouts will create handmade Valentine cards for seniors and collect donations of Girl Scout cookies to deliver with each card on Valentine weekend.  There is also an option of making your own Valentine and giving it to HAP to deliver.  Get ready for the virtual Valentine’s day party by collecting your supplies now!

If you are interested in helping HAP or becoming a volunteer, email  hapcares@gmail.com or call at 301-887-3101. You can find more about the Valentine’s Day event at https://hyattsvilleaginginplace.org/event/put-art-in-your-heart-2021/

By Elliott Kramer and Claudia Romero

The age of Covid has been tough on many young musicians. Kids in bands have to practice outside or on Zoom, and it takes more time to get help from others. This means both rehearsals and lessons are harder; additionally, our patience is shorter, and on top of that, there are more people at home in the background.  St. Jerome Academy (SJA) band teacher Kate Suuberg noted, “The biggest difference this year is the lack of time together as a group… We all learn and grow so much from playing as a group and listening to one another, so learning how to progress without that has been a real adjustment.”

But despite the many difficulties this pandemic has caused, young musicians continue to branch out their musical abilities. The Advanced Band students at SJA had a virtual band concert on Sunday, December 5th. During the concert, students performed one solo piece each. HyattsKIDS staffer Claudia Romero, an 8th grader at SJA, performed Eine Kleine Nachtmusik, by Mozart, accompanied by her 11 year old sister, Bella Romero, on piano. Claudia notes, “I chose to perform it because it was a challenge, but also because of the stimulating tempo of the piece.”

Other, non-school related, concerts were held outside with chairs and fire pits in people’s yards.  One music group, College Park Youth Musical Traditions (CPYMT) had their Halloween concert outside. According to CPYMT fiddler Emebet Banga, “It’s hard to play in the cold,” but it was also fun because “people stopped as they went by to listen.”

Have you noticed a decline in the deer population at our local park? We noticed a sign by Trumbule Trail which might explain why: “Since our native plants provide food for wildlife, the change in the plant population from a diverse native population to a non-native invasive population can essentially starve our local wildlife and force these animals to move out of a habitat to look for food.”

A non-native plant is a plant living in an area different from where it originated. It becomes invasive when it takes over and crowds other plants in an area where it’s not even supposed to exist.  Non-native plants may become invasive because there is nothing to keep them at bay; bugs and diseases from their native area aren’t there to keep their population down. We wondered if this could be the reason that we’ve been seeing fewer deer in the park.

Ning Xu, a park ranger for PG County, explained that deer are less attracted to the non-native species, which are often less nutritious for them than the native plants. Additionally, when invasive vines like those of the non-native Kudzu overpower and strangle the trees, they stop producing acorns, which the deer eat. When these kinds of things happen, the animals need to leave their homes to find food.

David Ruppert, a soil scientist, believes that one of the worst non-native invasives in our area is Bush Honeysuckle, which completely covers the native plants and can get up to around 10 feet in height and width. The difficulty is that when you remove Bush Honeysuckle, it lets in a lot of light for another invasive, Porcelain Berry, to take over, because it thrives in sunlight. Lots of trees in our parks are being smothered by this vine.

Marc Imlay, a conservation biologist, spoke with us about another non-native invasive in our area: English Ivy. Although it is commonly found, it kills trees by wrapping itself around them. A great example of the destruction English Ivy causes took place a couple years ago. One night, seven trees in Magruder Park fell down in a storm because they were strangled by English Ivy.