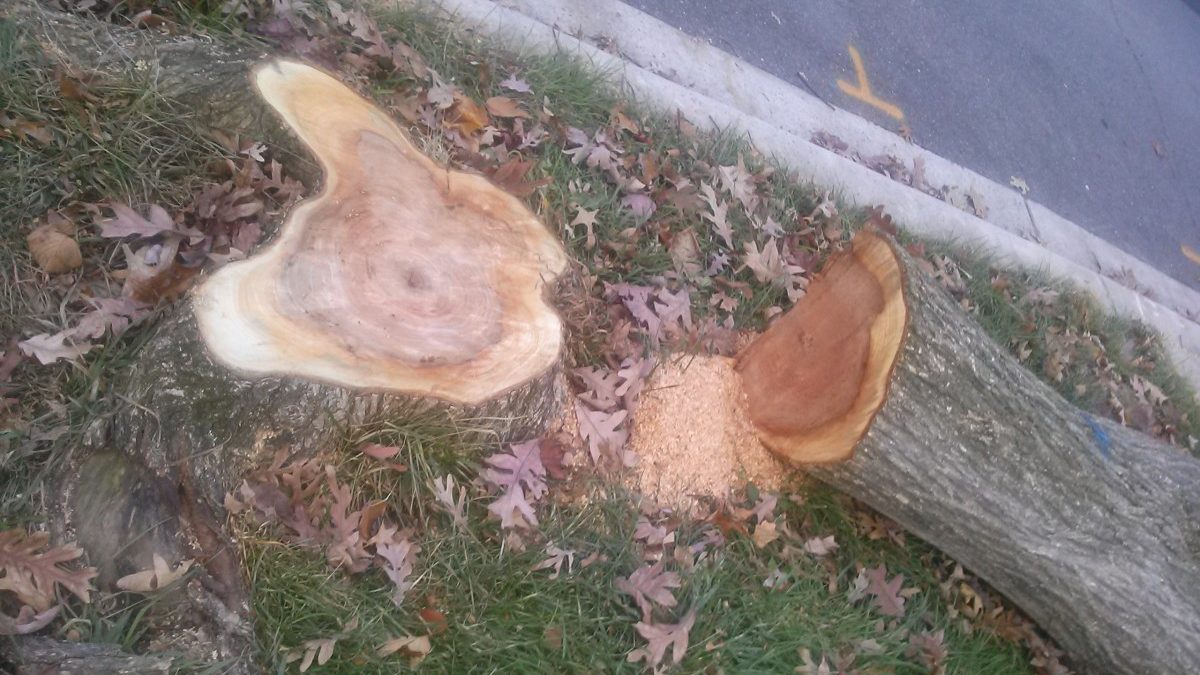 Editor’s Note: The recent removal of trees on Jefferson was not related to the Oct. 6 Shade Tree Review presented to the Hyattsville City Council. After clarification from the city, the story below has been updated to reflect new information.

BY REBECCA BENNETT — Updated Nov. 28. Pepco removed several trees Nov. 18 on Jefferson and nearby streets because they are “an invasive species with a number of other issues for neighborhoods,” according to The City of Hyattsville’s Facebook page.


Eileen Baird told the city on Facebook, “I can’t tell you how devastated I was to see the tree just gone without any prior knowledge.”

Jake Rollow, the city community services director, said Pepco approaches the city ahead of time with a plan to take down trees over a six month period.  The trees recently cut down by Pepco were a part of an existing plan, according to Rollow, and Department of Public Works Director Lesley Riddle was currently reviewing a proposal by Pepco for the next six months.  Rollow said the city plans to share the list of trees Pepco will take down in the future.

In regards to the trees near her home, the city told Baird, “The trunk and brush will be removed from your home within the coming weeks, and the stump will be ground next month. Replacement tree planting is slated for next year.”

Going to Market: Yes, you can still find fresh produce during sweater weather