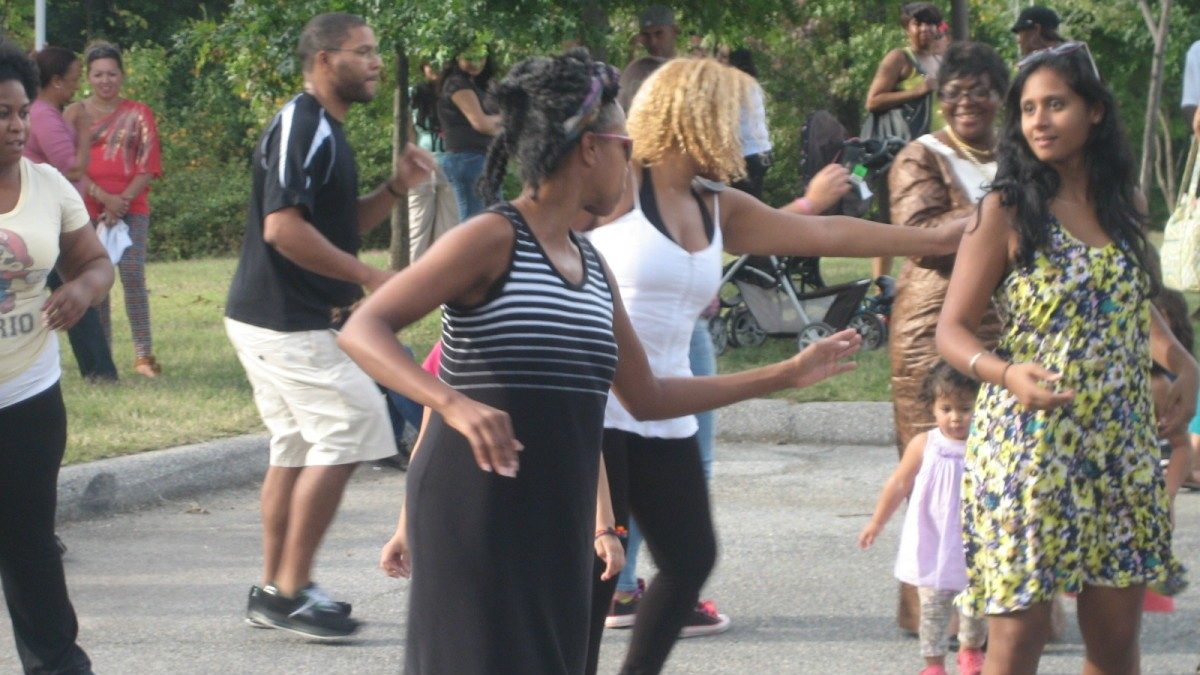 BY SHARADHA KALYANAM — Aaidan Burney is all of four years old. By Sunday evening, after spending two hours at the Hyattsville International Festival, he had made three friends, played on three moon bounces and made several memories.

It was a colorful event with several moon bounces and stalls selling ice cream, soda, and quick eats. A steelpans orchestra, an Afro-Brazilian band and an interactive percussion ensemble entertained the visitors, who were in a constant cycle of meeting, greeting and losing their neighbors in the crowds.

Burney was just one of the many children and families who attended the festival, which was held at Heurich Park on Nicholson Street. Hamilton Street was home to the Hyattsville International Festival until 2010, said Cheri Everhart, the recreation event coordinator for the City. This year marks the festival’s return to Hyattsville.

Everhart said that Hyattsville boasts residents from all over the world, including Latin America, West Africa, Asia, and the Middle East. “We all should experience what people do in other countries. It gives us a better understanding of cultures,” Everhart said.

“We made a lot of friends belonging to different cultures. This is very important because it makes you a complete person, makes you unlimited and increases your appreciation for yourself,” said Pamela Johnson, Burney’s grandmother.

A little away from the duo, large groups of people were tapping their feet to some Afro-Brazilian music being performed by a band. As the seven drummers and their lead singer increased the tempo of their music, more and more people gathered near the stage and joined the dancers in the foreground.

Ana L. Bravo, Oscar Lucero, and their two children were part of the crowd.

“We’ve been living here 19 years and for the first time, we saw people from so many ethnic backgrounds and countries,” said Lucero, who works in a construction company.

“The kids are really happy today. They loved the bear jamboree, ate ice cream and had a lot of fun,” Bravo said.

Councilmember Robert S. Croslin (Ward 2) said that the festival gave people a chance to get out of home and meet folks from different cultures.

“They need to meet and communicate and live together,” Croslin said.

“I’ve lived here for four years, but did not know my neighbors,” said Chinenye Uchenwoke. “Today, I am getting to know them for the first time,” she said.

THE ZOMBIES ARE COMING!