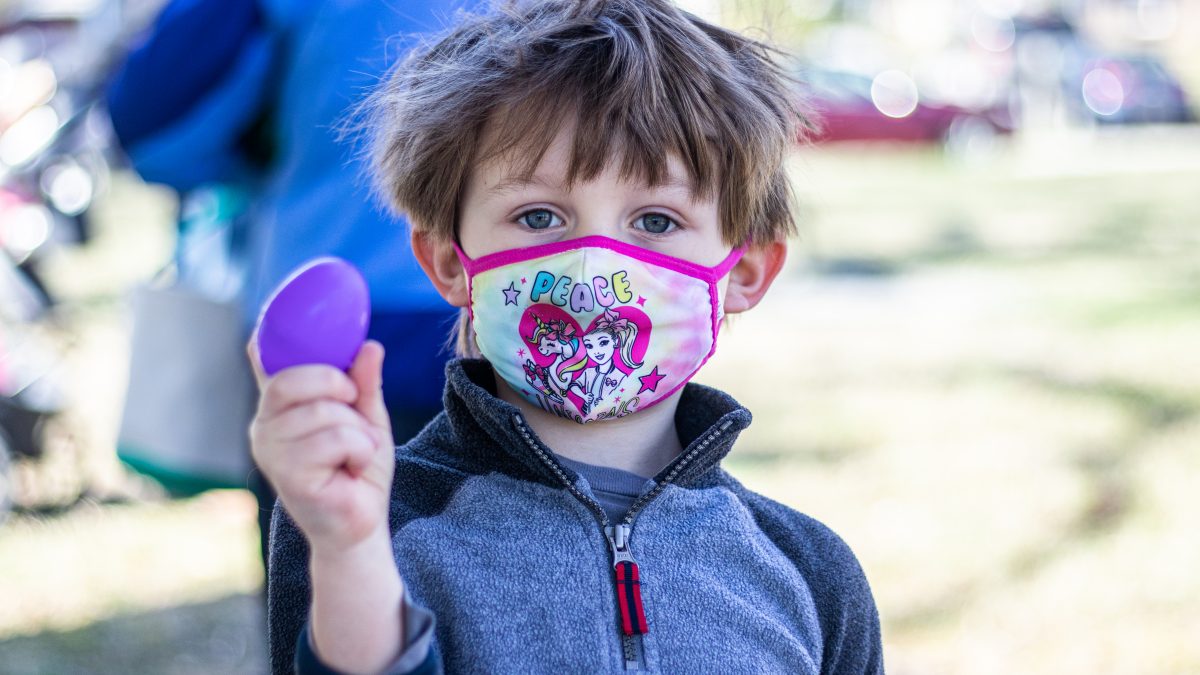 Dashing across Berwyn Neighborhood Park and searching for hidden treasures, children of all ages were able to enjoy the Berwyn Spring Egg Hunt. With over 150 colorful eggs and a table brimming with prizes, residents could celebrate the season together for the first time since the pandemic began last spring.

This event, hosted by the Berwyn District Civic Association (BDCA) on April 3, was the first of its kind for the community. In the past, the City of College Park hosted an annual egg hunt, but due to COVID-19, the tradition has been canceled this spring and last.

BDCA Social Committee Chair Mary Najmi said that when the city’s egg hunt was cancelled, she was eager to create a safe alternative for her community.

“We just wanted to fill in that gap for the kids in Berwyn by hosting an event locally,” Najmi said.

The event was structured so children in different age groups could hunt in separate areas at the same time. Volunteers at the park’s entrances directed children to their appropriate locations.

Unlike in traditional egg hunts, the hidden eggs were empty.

“This is really just because there were a lot of concerns about both food allergies and eggs being accidentally left behind and a dog finding it and eating something that they shouldn’t,” Najmi said.

After collecting their eggs, children gathered at a prize table in the park’s pavilion. For each egg they found, children could collect one prize —  candy, stickers, stamps, bubbles and more — from the table.

Six golden eggs were scattered across the park, each one representing a special, larger prize, like a coloring book or a special toy. Children participating in the hunt were limited to just one golden egg each.

When deciding on pandemic-related safety protocols for the egg hunt, Najmi said they followed Prince George’s County’s guidance, which currently allows a maximum of 50 people at an outdoor gathering. Everyone over the age of two was required to wear a mask.

“We talked a lot about ways to keep people socially distanced,” Najmi said. “It’s an outside event, so we understand that COVID[-19] doesn’t usually spread as much outside, but we do want to be extra cautious, since this is our first in-person event in over a year now.”

“We’ve tried to do some online events, and there really just hasn’t been a ton of participation in those,” she said. “So we wanted to try something that was geared more toward kids and parents.”

BDCA Director Kelly Jordan said that she was happy to bring parents and children together, since many residents have missed socializing with other community members.

“We’ve had so little of that in the last year,” she noted.

Jordan, a mother of four, said she was happy the egg hunt was a no-contact event. Given the large outdoor space, designated egg-hunting sections and the small number of children participating, she was comfortable having her children join the egg hunt.

“Now that the weather is better, we want to still be able to foster connection with our neighbors,” Jordan said. “[This is] a way to do that and have fun in the morning with the children as well.”