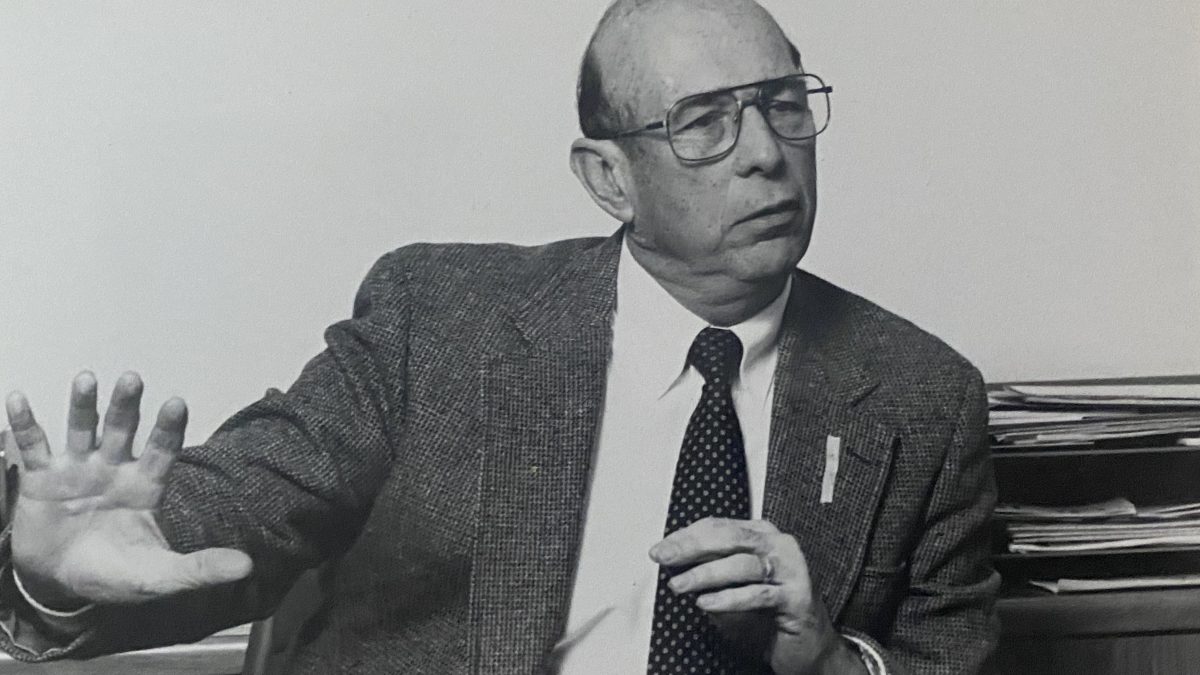 John L. Moylan twice prevented DeMatha Catholic High School from closing. He then built the all-boys Hyattsville school into an institution nationally recognized for excellence in academics, athletics and music.

“John was the inspiration and perspiration for taking DeMatha to great heights,” DeMatha President Father James Day said. “No matter what auxiliary duties he assumed, and they were many, he never lost sight of the fact that he was, above all, an educator.”

Dr. Dan McMahon, Moylan’s successor and current DeMatha principal, said Moylan’s “force of will, stamina and leadership saved the school from closing. Without John’s leadership and guidance, there would be no DeMatha.”

Moylan came to DeMatha in 1956 to teach French and Spanish. A year later, he founded the school’s counseling center and was director of guidance. In 1958, he established the first co-ed summer school program for area Catholic high schools.

As principal, he oversaw the expansion of campus facilities to accommodate a student body that increased from 425 to 925. “Once he became principal, his vision for the school was the driving force to expand our programs and increase our population,” Day said. “He was really the DeMatha Energizer Bunny, and nothing was beyond his vision or work ethic.”

During Moylan’s principalship, the school’s academic reputation grew. The U.S. Department of Education twice recognized (1984, ’91) DeMatha as a National Blue Ribbon School of Excellence. It was the first Washington-area private school to be so honored.

McMahon said Moylan recognized that one didn’t have to be a faculty member to be a teacher. He recalls him often assigning boys who got into trouble to work with the school’s janitor, Clarence Wesley.

“The reason was that Wes was such a good teacher of kids,” McMahon said. “A kid who had to follow him around for an hour after school on two consecutive days ended up being a better kid. … John was always looking for who would have the best influence on the trajectory of a kid’s life.”

Moylan started the school’s computer science and business departments. In 1970, he established its music program, which has grown into one of the nation’s finest. DeMatha music students routinely win top honors at competitions and earn college scholarships.

Moylan worked with the football team’s kickers and punters for 60 years (1956-2016). He was an assistant basketball coach from 1959-66 under Morgan Wootten.

In that role, Moylan helped the team prepare for a 1965 game against New York’s Power Memorial Academy, which featured 7-foot-1 center Lew Alcindor (now Kareem Abdul-Jabbar). Moylan offered his tennis racket to 6-8 power forward Sid Catlett and suggested he practice with it over his head. The strategy helped the Stags end Power’s 71-game winning streak, 46-43.

“We wanted to emulate [Jabbar’s] wingspan,” Moylan said in 2015. “The idea was to get the players to shoot their regular, normal shot but know where to shoot from and not get blocked.”

“John was interested in finding outlets for kids, ways to express themselves,” McMahon said. “If it served kids, he wanted it. … He hired great coaches and then for the most part, got out of the way.”

When Moylan was hired, he was the first lay principal of any Catholic school in the Archdiocese of Washington. After he retired in 2000, he assisted in admissions for eight years and was principal emeritus until his death. Among Moylan’s many awards, The Washington Post named him 1993 Principal of the Year.

Twice within a few years after Moylan became principal, the Trinitarians, the religious order that runs DeMatha, were seriously considering closing the school over finances. Both times, by a vote of 3-2, they decided to remain open.

“The reason was because John was the principal, and they trusted him,” McMahon said.

Moylan is survived by his wife of 66 years, Joan, four children and six grandchildren.