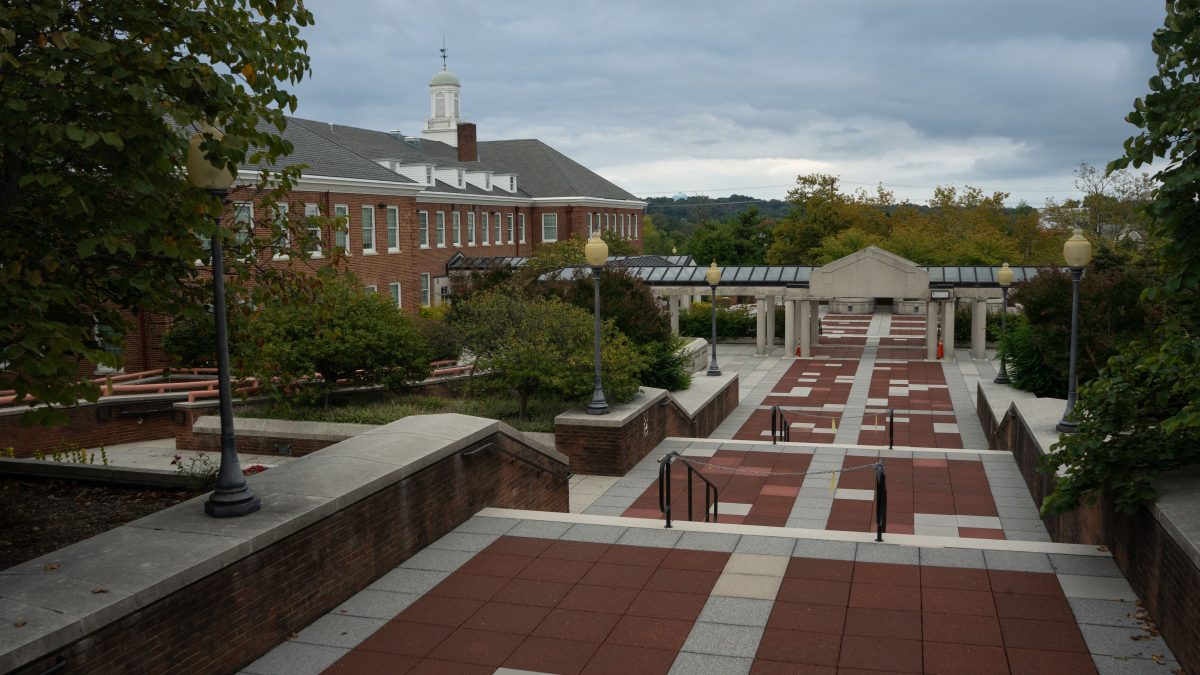 The empty grounds of the Justice Center in Hyattsville, Maryland. Kyle Heflinger
Hyattsville

BY KIT SLACK – In 2021, some Hyattsville residents are advocating for replacing Hyattsville Elementary School, and the Hyattsville City Council is looking for ways to build affordable housing on public land.

Meanwhile, the county is seeking to sell a 7.5-acre parcel near Hyattsville Elementary School and the municipal building. The county has been marketing the property since June as suitable for “for-sale and rental housing, an art/entertainment venue, and a potential commercial component.”

The property, called the Justice Center and located at 499 Rhode Island Avenue, is a triangular block between Farragut Avenue, Route 1 and 43rd Avenue.

The county finished a prior $30 million redevelopment of the site in 1990.

The Hyattsville location of Prince George’s County District Court is on the property, along with offices for county police. The site also includes a stately county government services building dating from the 1930s, a large outdoor courtyard, and a grassy area with benches and a small pavilion.

An underground parking lot on the site has 569 spaces. According to the most recent proposed county capital improvement plan budget, the parking lot typically operates at 85 to 95% of its capacity, and needs $6.8 million in repairs, which have been delayed since 2017.

A Sept. 29 article by the Hyattsville Wire linked to a 2015 development plan for the site.  That plan was developed for the county revenue authority by a team of planning partners that included Enterprise Community Partners, the consulting firm that helped Hyattsville develop its affordable housing strategy. The 2015 plan lists Stuart Eisenberg, executive director of the Hyattsville Community Development Corporation and Mike Franklin, of Franklins Restaurant, Brewery and General Store, under Stakeholder Engagement, along with a former employee of the county planning department.

Hyattsville Life and Times, 10 years ago 3 min read
Nature Nearby