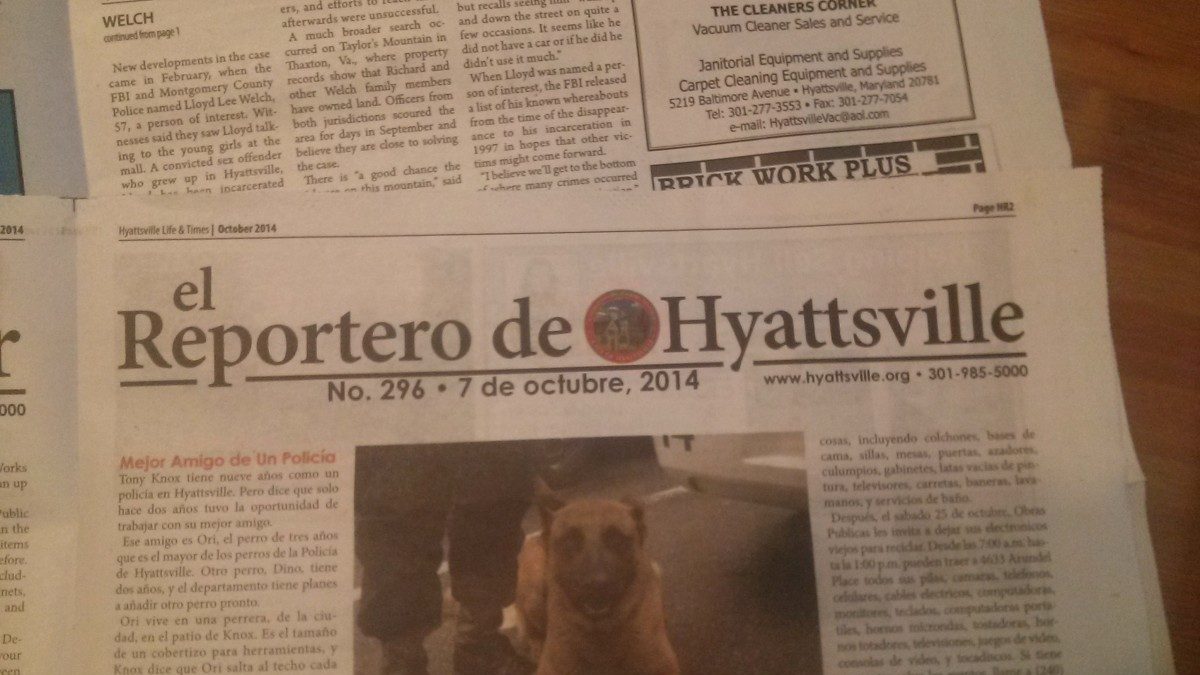 The addition of Jake Rollow to the City of Hyattsville staff has brought many City communications being translated into Spanish, including the Hyattsville Reporter.
Government

BY NAOMI EIDE — As the new Director of Community Services for the City of Hyattsville, Jake Rollow brings years of experience working with local communities in the United States and internationally.

Originally from Chicago, Rollow went to the University of Michigan and majored in English and with concentration in social justice. There, he studied “isms,” like racism, sexism and classism, and became a student facilitator, leading seminars on gender.

He grew up speaking Spanish with friends and became fluent when he studied abroad in Central America during his junior year of college. He used those skills after graduation when he moved to Maryland for the first time to work for the Hispanic Link News Service. In 2003, he covered the Immigrant Workers Freedom Rides, a movement where advocates rode buses cross country draw attention to the challenges facing immigrants.

Later, he traveled with a freelance photographer along the US/Mexico border. Their work covered the Immigrant Workers Freedom Rides, the Minutemen movement and told stories of immigrants who had crossed the border.

We “tried to cover the different angles of the issue,” Rollow said.

He continued working as a journalist, joining the El Paso Times as a beat reporter. Following five years as a journalist, Rollow went back to school at Columbia University for Masters of International Affairs.

Like many, “I went to graduate schooled unsure of what I would do afterward,” Rollow said.

He met his future wife, Casey Ehrlich at Columbia.

Rollow completed his masters in 2009 and moved back to the border to work with Senator Jeff Bingaman of New Mexico on community affairs and border issues. After three years, Senator Bingaman retired and Rollow began working for his successor, Senator Martin Heinrich.

After working in federal government, though, he realized that a “better place for me to work is at the local level,” Rollow said.

He and Ehrlich were married in June 2013 and moved to Columbia together to work on her dissertation. In Eastern Antioquia, a region that was hard hit by the country’s conflict in the late ‘90s and early 2000’s, Ehrlich studied civilian resistance and grassroots peacebuilding. Rollow worked as a freelance journalist and as her research partner.. In  2014, they moved back to the Washington, D.C area and then into the city, where they currently live.

Once back in the States, Rollow began looking for positions in local government and happened upon the posting for his current job on the Maryland Municipal League website.

As the Director of Community Services for the City of Hyattsville, his goal is to stay “inclusive in our outreach,” Rollow said.

With his work on local programming and recreation, Rollow wants to find ways to both meet and fit the needs of the community at large.

He wants to build a culture of engagement, he said, and one way to do that is to “make sure residents know the city government is here and wants to help them.”

Streetcar Suburbs Publishing, 7 years ago 3 min read
From the Editor

Hyattsville Life and Times, 8 years ago 3 min read
Nature Nearby