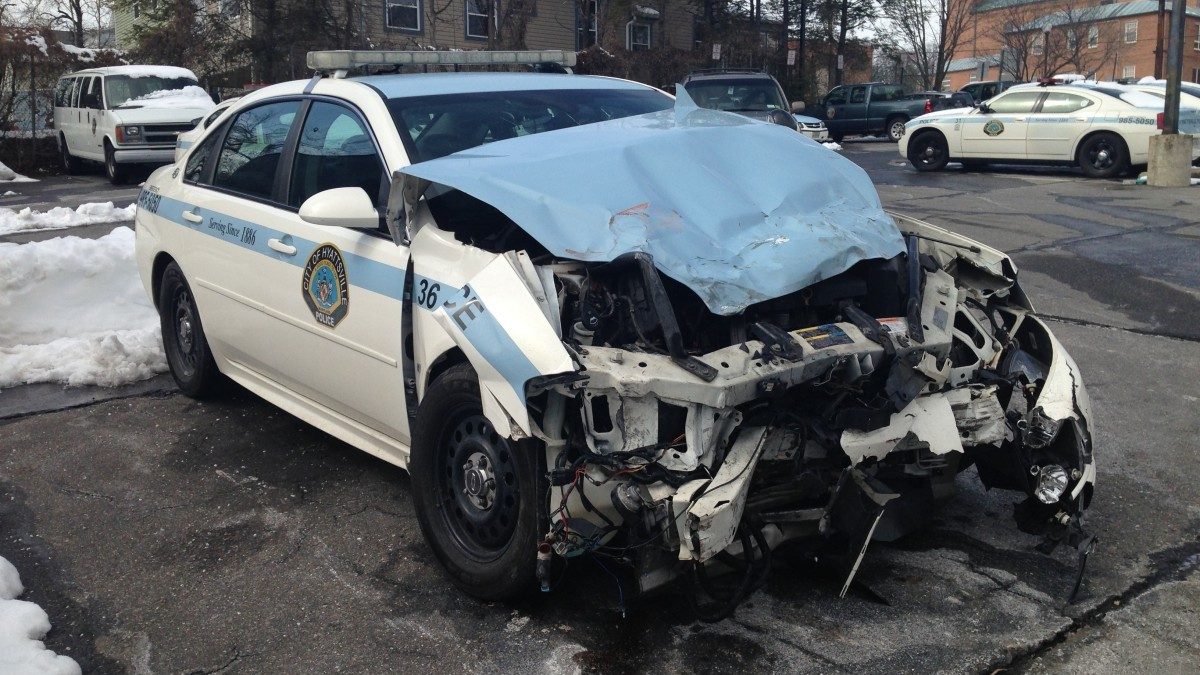 The officer's vehicle parked in the city lot. Photo by Caroline Selle.
Crime

On Friday, March 6, Hyattsville City Police Officer Hall was injured while responding to a fight call.

According to Lt. Chris Purvis, spokesperson for the Hyattsville City Police Department (HCPD), “A taxi made an illegal turn in front of him. Both cars have major damage.”

Officer Hall suffered a broken foot in the accident. The other driver’s condition is unknown at this time.

Hyattsville Life and Times, 3 years ago 1 min read
Beyond Hyattsville