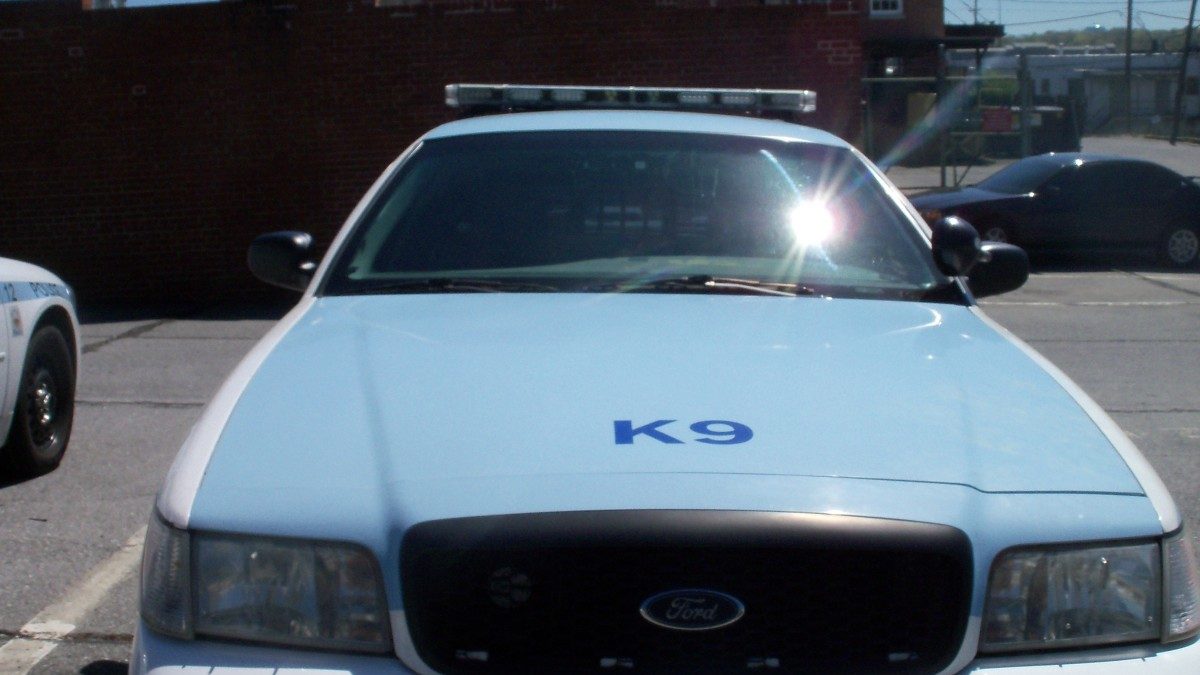 BY SUSIE CURRIE — Hyattsville police have made an arrest in connection with a January 4 burglary that occurred while the homeowners were sleeping, and the suspect may be responsible for a similar case two months earlier.

On January 11, Wilbur Sibert was arrested for theft after a television, stolen during the burglary in the 5500 block of 43rd Avenue, was found in his apartment. Police are searching for a second suspect in the case, according to sources familiar with the investigation.

The next day saw a break in the case of a similar home invasion, which happened in the 5300 block of 42nd Avenue on November 6. Both times, in addition to stealing computers and other household items as the residents slept, the criminals took the homeowners’ keys and used them to steal their cars. On January 12, the Volkswagen Jetta stolen in the earlier burglary was recovered in Washington, D.C.

Investigators are working to determine whether the two crimes were linked. Sibert, of 4310 Jefferson Street, lives less than a quarter-mile from both crime scenes. At press time, he was in custody with a $7,500 bond.

But do these high-profile felonies point to a local crime wave? Not according to Hyattsville Police Department statistics released this month. Overall crime in 2012 was down 7.6 percent from the year before. The annual report shows a total of 1,365 crimes committed within the city boundaries last year, compared to 1,478 the previous year. Crimes were down in every major category except rape (5, compared to 2 in 2011) and assault (104, up from 94 a year earlier). But assaults using a gun were down by 83 percent, and those using a knife or other weapon declined by 9 percent. 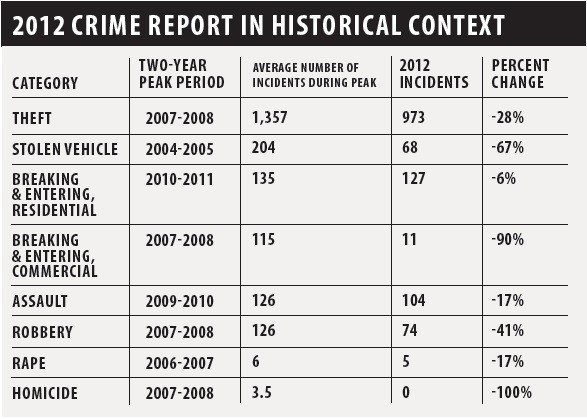 Those are both considered crimes against persons, which rose slightly last year, from 180 to 183. The other offenses in that category —  carjacking, homicide and robbery — all decreased. Homicides were down to zero, as they have been for three of the last four years. Citizen robberies are down by 7 percent, but with 69 occurrences last year, are second only to assaults in this group.

Property crimes, which include the stolen vehicles and residential burglaries of recent headlines, were down nearly 9 percent last year.  In 2012, there were fewer stolen vehicles (68) and fewer residential burglaries (127) than in 2011 (88 and 135, respectively). Theft is by far the most common crime committed in Hyattsville, accounting for 71 percent of last year’s total. Most are incidents of shoplifting from area businesses.

The number of thefts in Hyattsville nearly doubled in 2007, after the city annexed the Mall at Prince George’s. But since then, that number has been steadily declining, along with most other types of crime — despite the fact that population rose 20 percent from 2000 to 2010, according to census data. Statistics seem to show that as Hyattsville has grown larger and more urban, it has also become a safer place to live and do business.

Still, says Hyattsville Police Department Chief Douglas Holland, “if you’re a victim of a crime, you don’t share that view.”  To lessen chances of being targeted, residents can request a free security survey from a member of the police Community Action Team. Call 301-985-5060 to make an appointment, and an officer will come to your house to evaluate ways to improve security there. Suggestions may include trimming shrubbery, getting motion-sensor outdoor lighting, or upgrading the locks.

Streetcar Suburbs Publishing, 8 months ago 3 min read
From the Editor

From the Editor: Mutiny on the Council