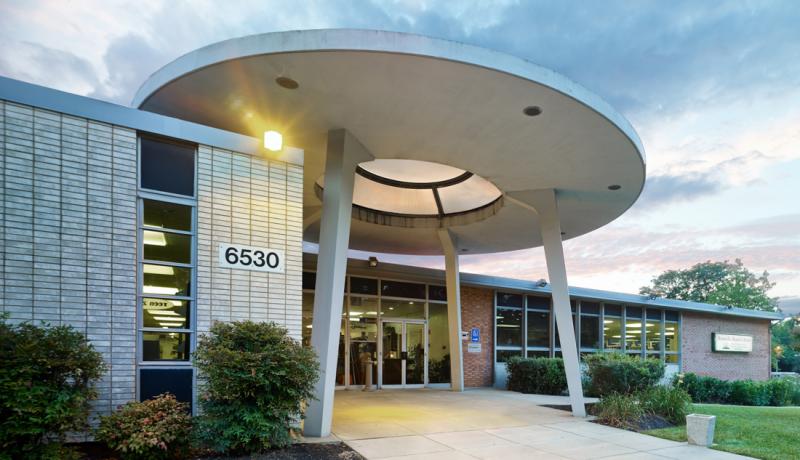 During a Friends of the Hyattsville Library meeting on July 2, Area Manager Catherine Hollerbach announced that the county is moving forward with its plans to replace the Hyattsville Branch Library.

“An architect was brought on about three weeks ago, and we should start seeing movement,” she said.

Hollerbach estimated that the county is about 18 months away from any groundbreaking for a new facility. Hollerbach oversees the Prince George’s County Memorial Library System’s West Area, which includes the branch libraries in Hyattsville, New Carrollton, Bladensburg, and Mount Rainier.

Public meetings about library replacement plans and community needs will be held throughout the summer:

Hollerbach said that Grimm + Parker Architects had been selected and was beginning preliminary sketches of ideas for a new facility.  She said the library had seen three preliminary options and were pleased with what they saw.

Save Our Saucer, a local group seeking a renovation that preserves the facility’s historic character while accommodating modern and future needs, has called for a study of the feasibility of renovating the facility.

In June, the library was named to Preservation Maryland’s 2014 “Endangered Maryland” list as a threatened historic site.

The area manager said that Grimm + Parker was conducting a review of the existing facility to determine if its structure could support a renovation, but that it was slated for replacement.

Plans to replace the library began last year with the PGMLS fiscal year 2014–2019 capital improvement plan.  The previous plan since FY1991 had focused on renovating and expanding the library.

In late 2013, Grimm + Parker, who also worked on the Hyattsville Justice Center,  was contracted by PGCMLS to design a new library.

The public first learned of plans to demolish the 50-year-old library and build a new, $14.3 million state-of-the-art facility last August, during a public meeting with library officials and the Calverton-based architecture.   But after many residents questioned the decision to rebuild rather than renovate – and wondered, too, about the fate of the iconic saucer marking the library’s entrance – officials put those plans on hold and rescinded the architects’ contract.

Hollerbach said they went through the process of selecting an architect a second time and came up with the same conclusion – Grimm + Parker.

When it came to the question of why replace instead of renovate, Hollerbach said the branch had needs a renovation couldn’t accommodate.  Quiet study rooms, a better teen area, a more child-friendly children’s area, up-to-date equipment were a few examples she gave on what she called a long list of needs.

“We are getting maintenance on things that really don’t work,” Hollerbach said.

“What we really want is a building that will serve the community now and in the future,” said PGCMLS Director Kathleen Teaze after the first public meeting. “When you have a big open space, you can plan it better and make it more flexible.”

Having the library on one level will allow streamlining of some library functions. The five service desks will be consolidated into one check-out desk and one information desk, said Hollerbach.

In a response to a similar list of concerns from the library, Save Our Saucer noted that “all of the issues that a rebuild might address, a thoughtful and thorough renovation can.”

PHOTO: The makings of a Whole Foods