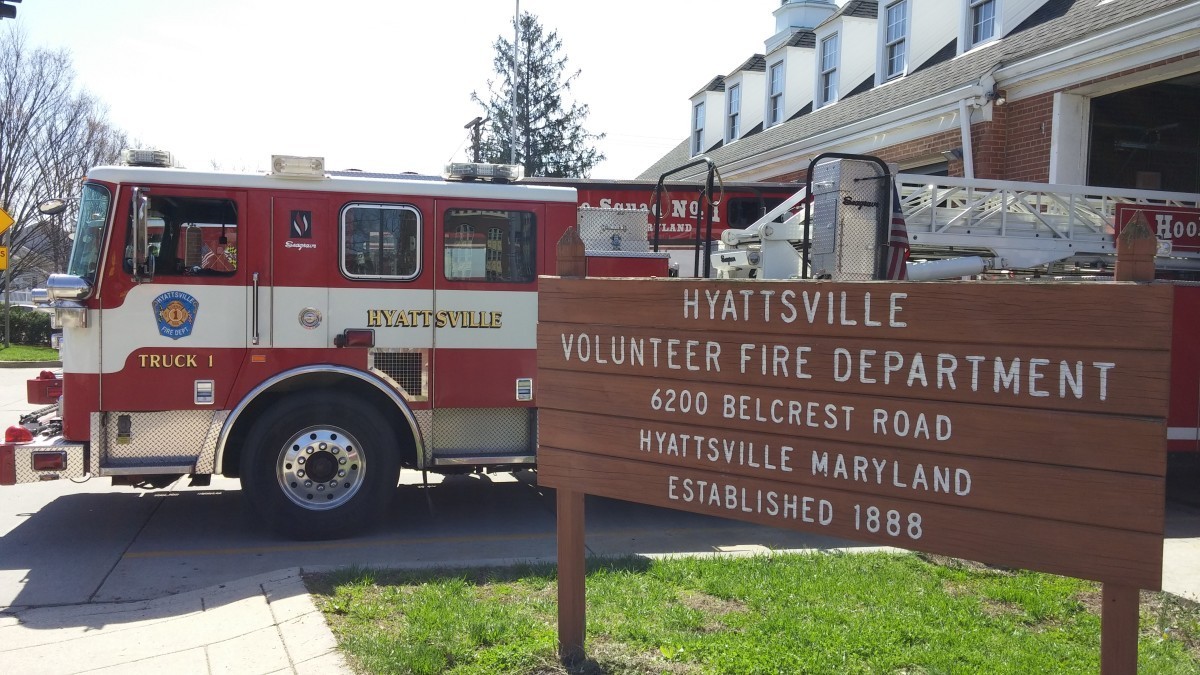 BY REBECCA BENNETT —  The engines were out for the Hyattsville Volunteer Fire Department’s (HVFD) volunteer recruitment event on April 12.  It was a statewide recruitment effort, according to the Maryland State Firemen’s Association, with a total of 16 participating companies from Prince George’s County.

HVFD said nearly 30 applications were submitted by the approximately 35 visitors to HVFD’s event.

“We were very pleased with the response for a first-time event,” a spokesperson for HVFD said.

According to HVFD, more than 30 new members joined the volunteer organization last year, many of whom being from the local community.

“Those volunteers passed our background and physical processes, initial training and most if not all have completed Maryland EMT training, the first step in taking a lead operational role in the department. We also have volunteer openings for administrative and support roles, too,” HVFD said.

For those who missed the April 12 event, the volunteer fire company holds a meet and greet every second Monday at 6:30 at the fire station, which is located at 6200 Belcrest Road.