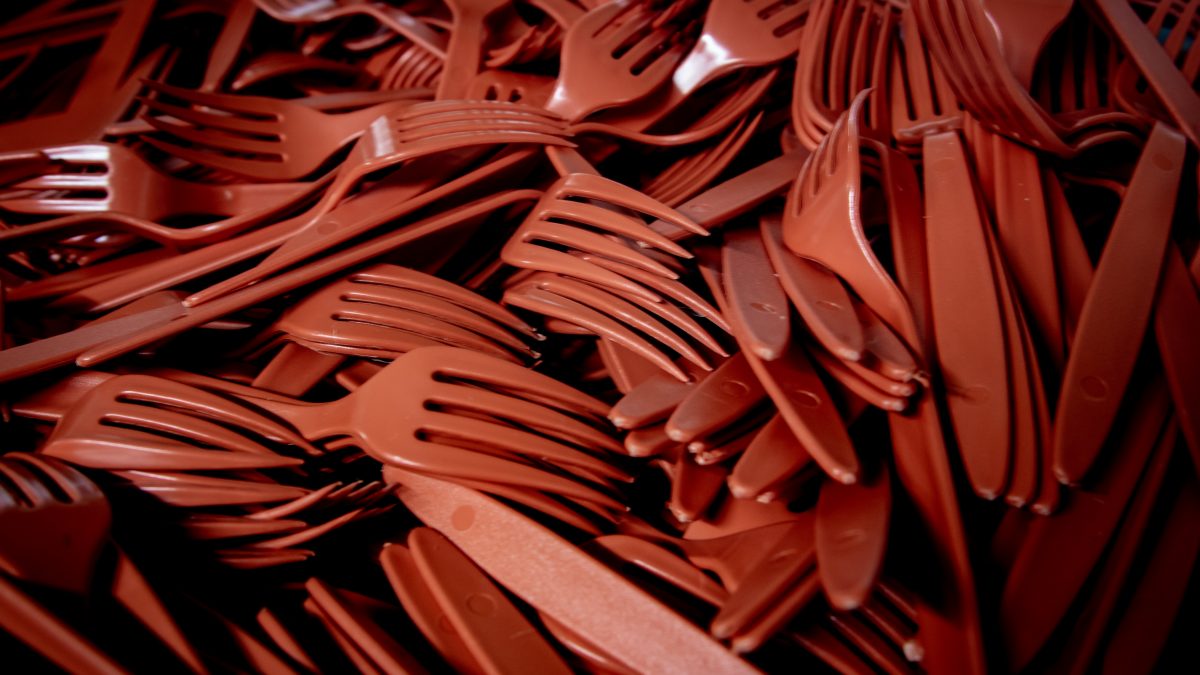 The legislation discussed by the environment committee would reduce the amount of single serve plastics restaurants provide.
Hyattsville

The Hyattsville Environment Committee is discussing legislation that would limit the distribution of single-use food service products to reduce plastic pollution and waste.

The committee, which met Tuesday, is drafting a bill that would require restaurants to provide plastic utensils, condiment packages, napkins, straws and other single-use products only upon request by the customer.

“The main intent is to reduce the amount of single-use plastic waste from carryout food businesses,” Hyattsville Councilman Ben Simasek said in an interview. Simasek is a council liaison for the committee. “Those often end up either going directly in the trash or end up scattered around our parks, in rivers and public areas.”

While limiting single-use plastics at restaurants may appear to be a minor shift in policy, James Ball, a member of the environment committee, said the goal is to change societal norms and to encourage residents to become more environmentally conscious.

“Public awareness is as critical as anything here. Hopefully, it just says ‘look, this is our standard’.”

Even though all members of the committee agreed to support legislation that would limit plastic food service products, the group decided not to move the proposal to the full city council and instead wait to see if a similar bill will be approved by the Prince George’s County Council. “If the county enacts this ordinance, then it applies to the city, so it becomes unnecessary and redundant to do it at the city level. If they don’t, then I might still advocate trying to pass something at the city level just to still enact it,” said Simasek. “I think the county council will likely be voting on it within the next month.”

Municipalities across the country have been enacting similar legislation. In Maryland, Howard County passed a bill on March 1 that restricts the use of single-use plastics by restaurants.

Late last year, the entire state of California put restrictions on single-use plastics. According to Californians Against Waste, 561 billion single-use food service items are used annually in the U.S., leading to approximately 4.9 million tons of waste. The group said restaurants that voluntarily transitioned to providing plastic utensils and other single-use products by request only, prior to the statewide bill, saved between $3,000 and $21,000 per year.

The Hyattsville Environment Committee is hoping to bring similar environmental and economic benefits to the city. “This is a small thing that we can do to try to spread awareness and to encourage behavior change,” said Simasek.  “That way, we’re not wasting money and energy on something that just goes directly into the trash.”